CGA released their calendar for the 2020 season yesterday! We took a peek and have highlighted a couple of days that you should know about! 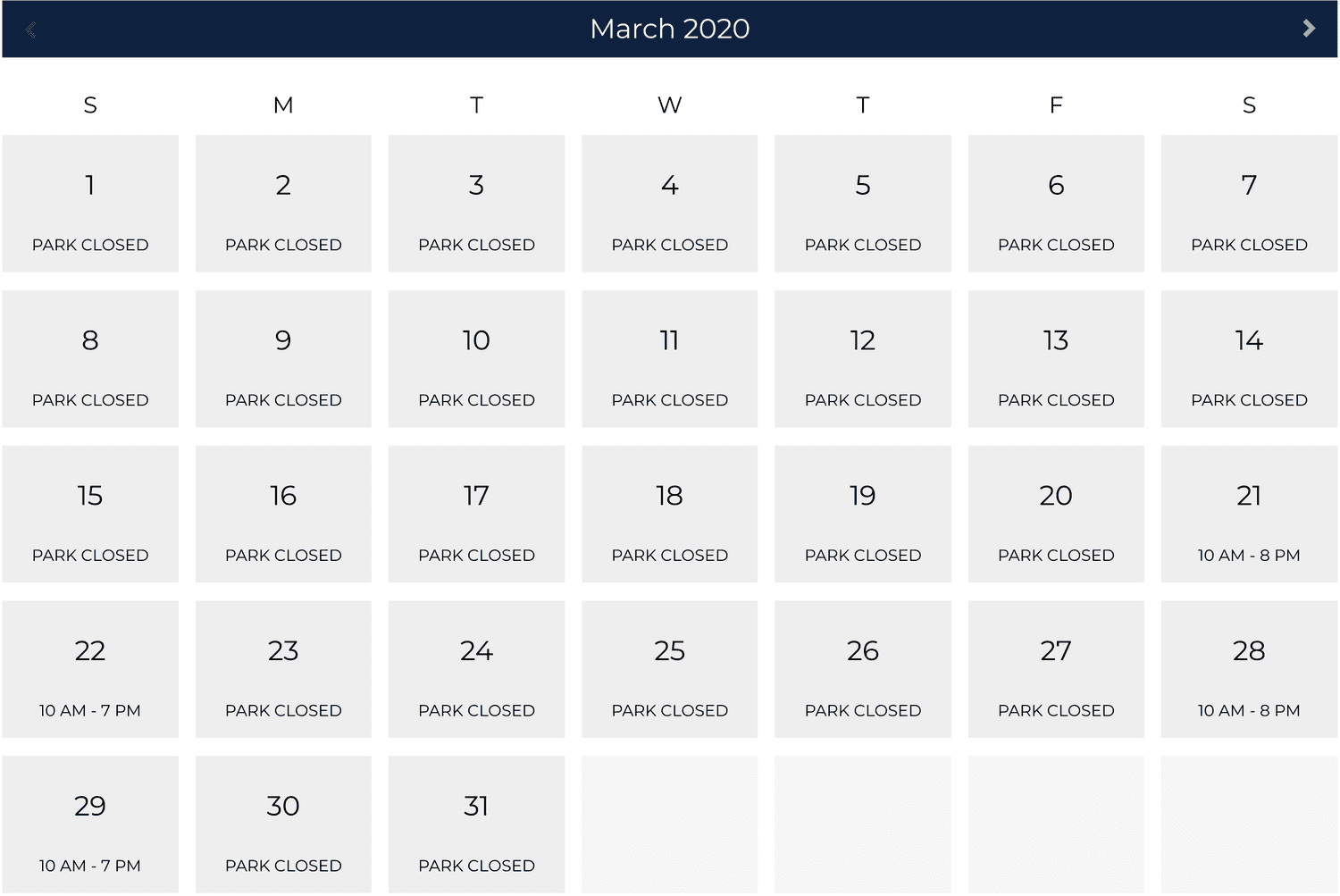 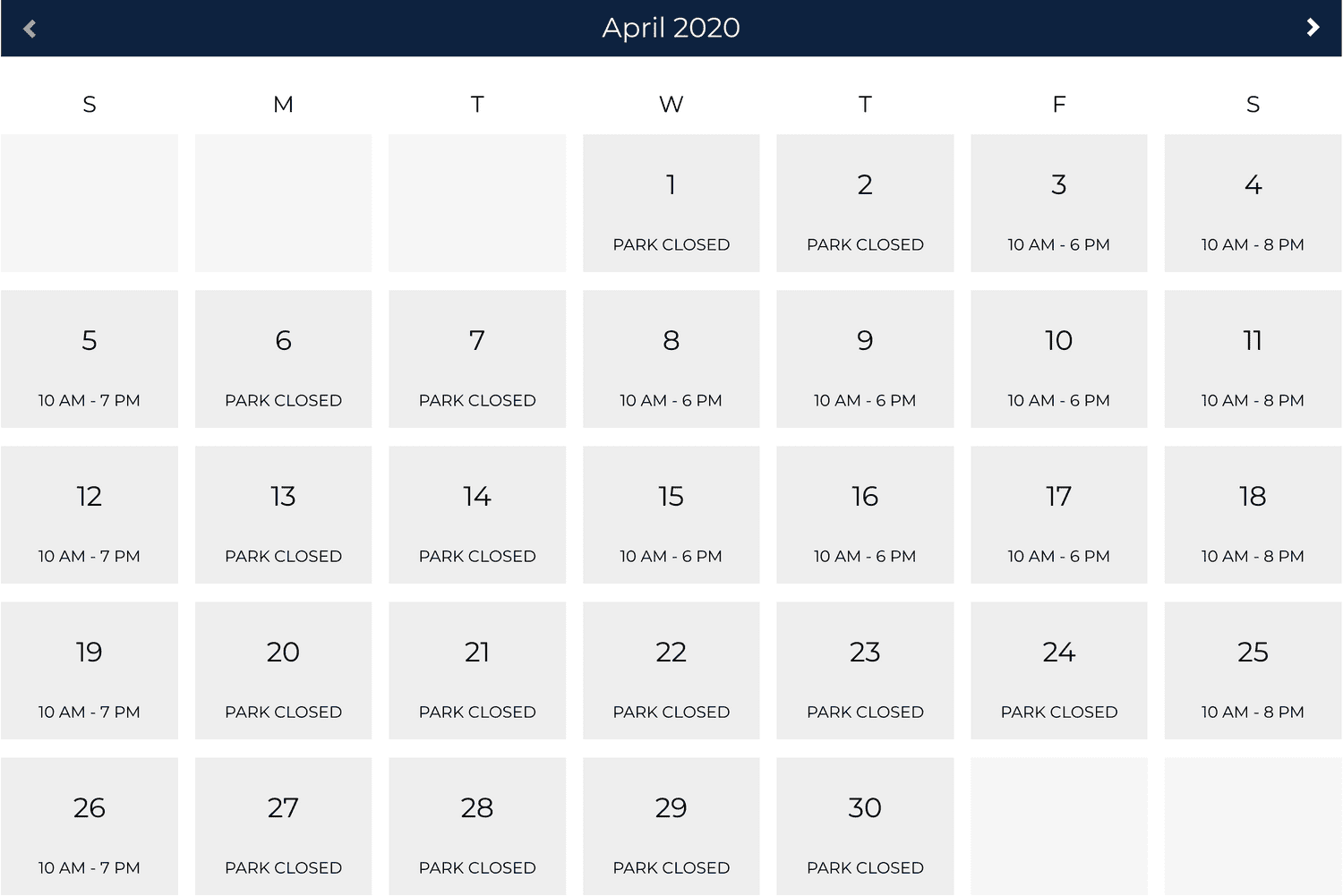 April 3rd - April 19th - CGA opens semi-daily operations for Spring Break. The park is still closed Monday and Tuesday but otherwise the park will be open daily for this time frame on only slightly abbreviated hours (10am-6pm). 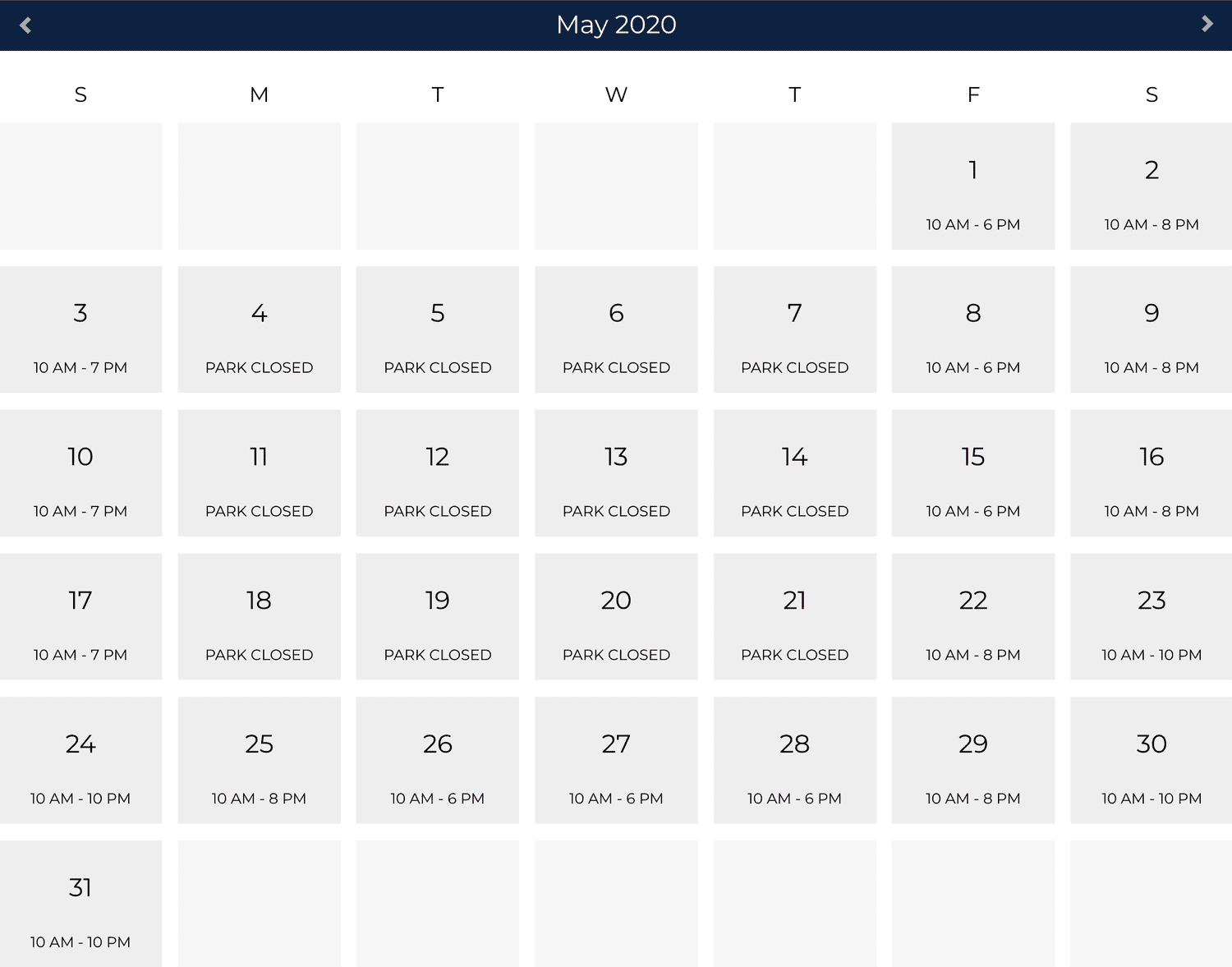 May 1 - The first regular Friday the park is open. Since this is before most schools are out, these Fridays are great days to go to the park. I went to most of these in the evening and was always rewarded with almost nonexistent lines.

May 25 - The start of daily operation! From May 25th to August, the park will be open mostly daily! 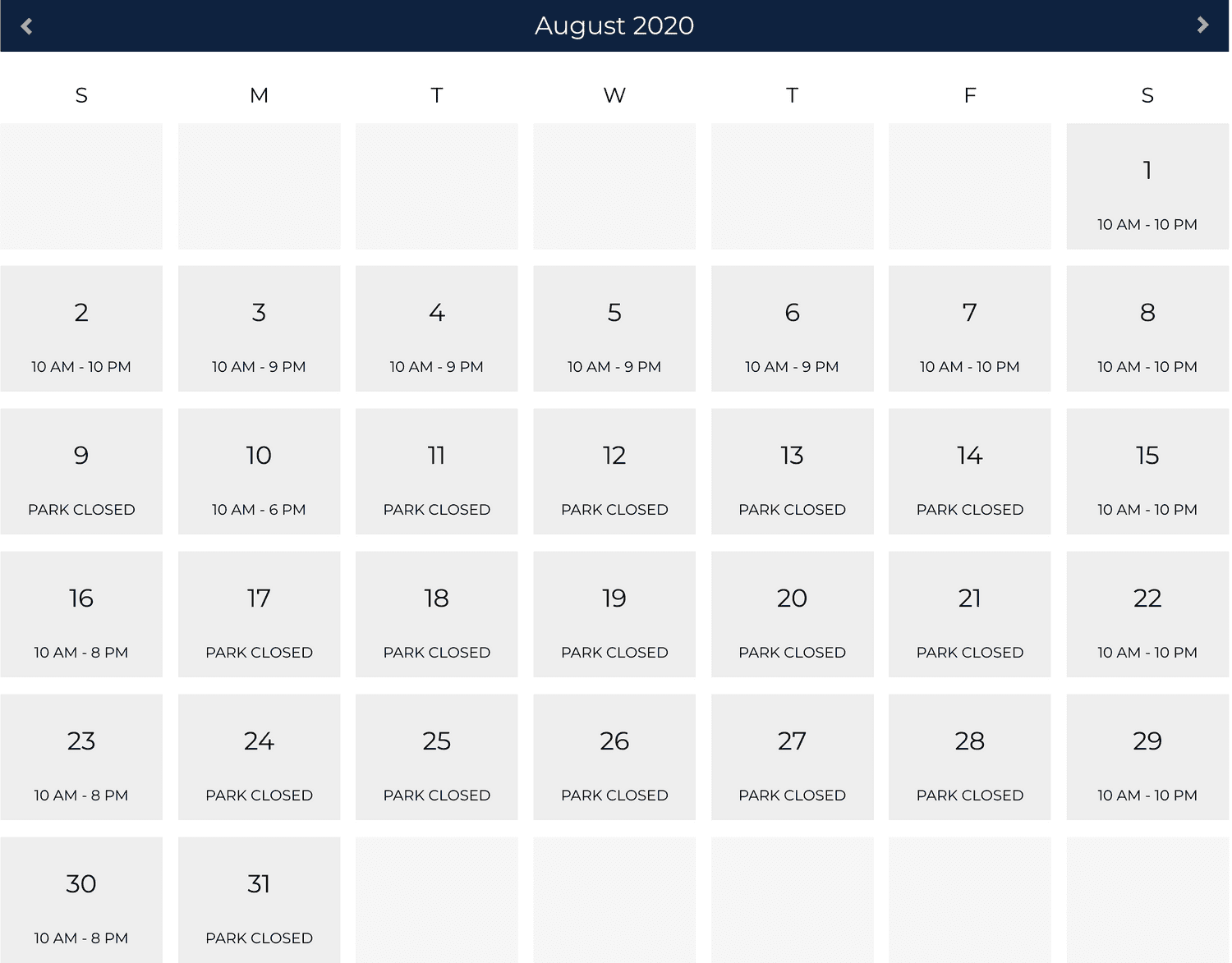 August 10 - This is the last day of regular daily operation. Until the end of the season the park will open on weekends except for a few weekdays. 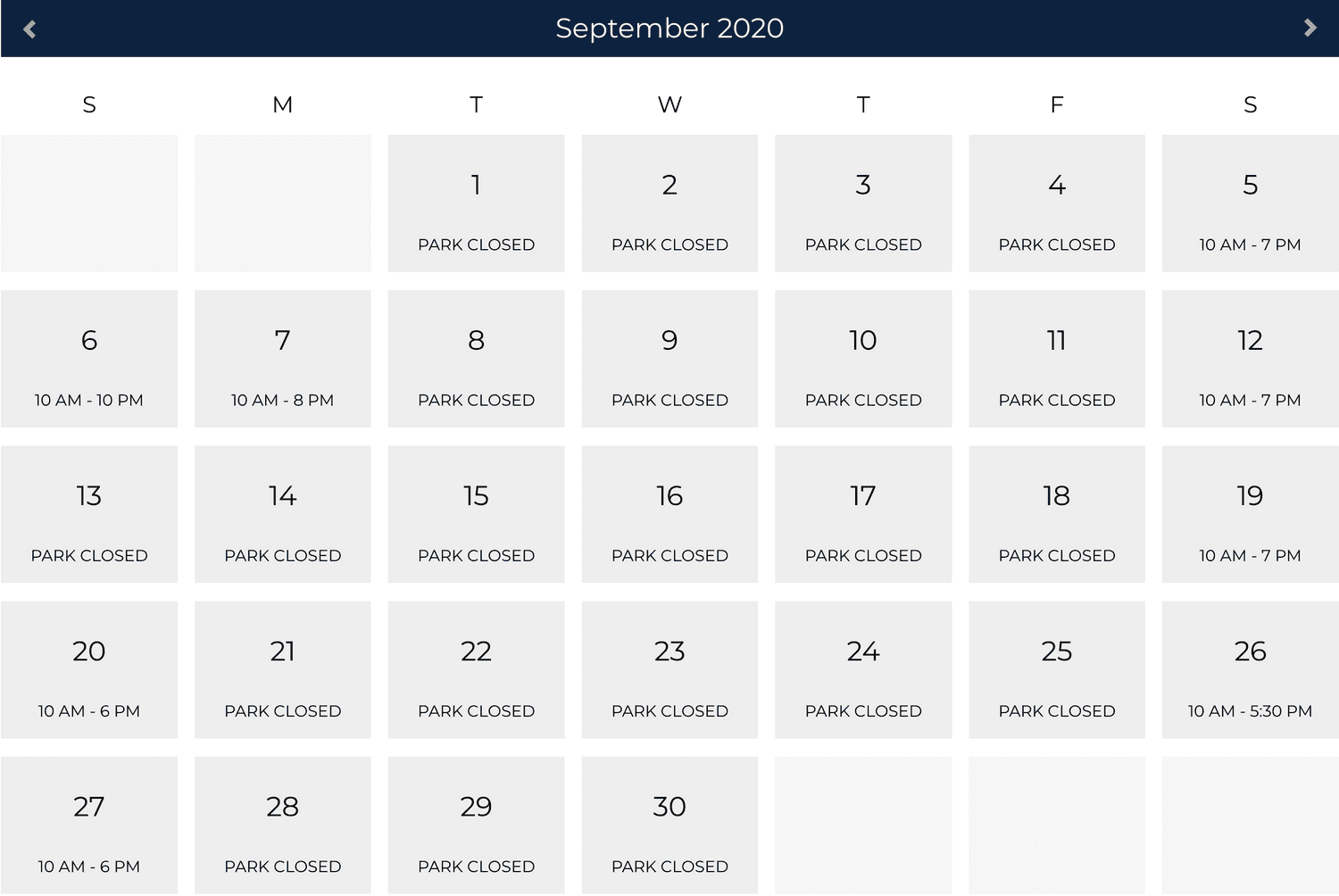 September 26 - Due to the early closing time (5:30pm) it looks like this is the first day of Haunt 2020. We won't have a firm confirmation on that until later in the season but you can pencil this one in. 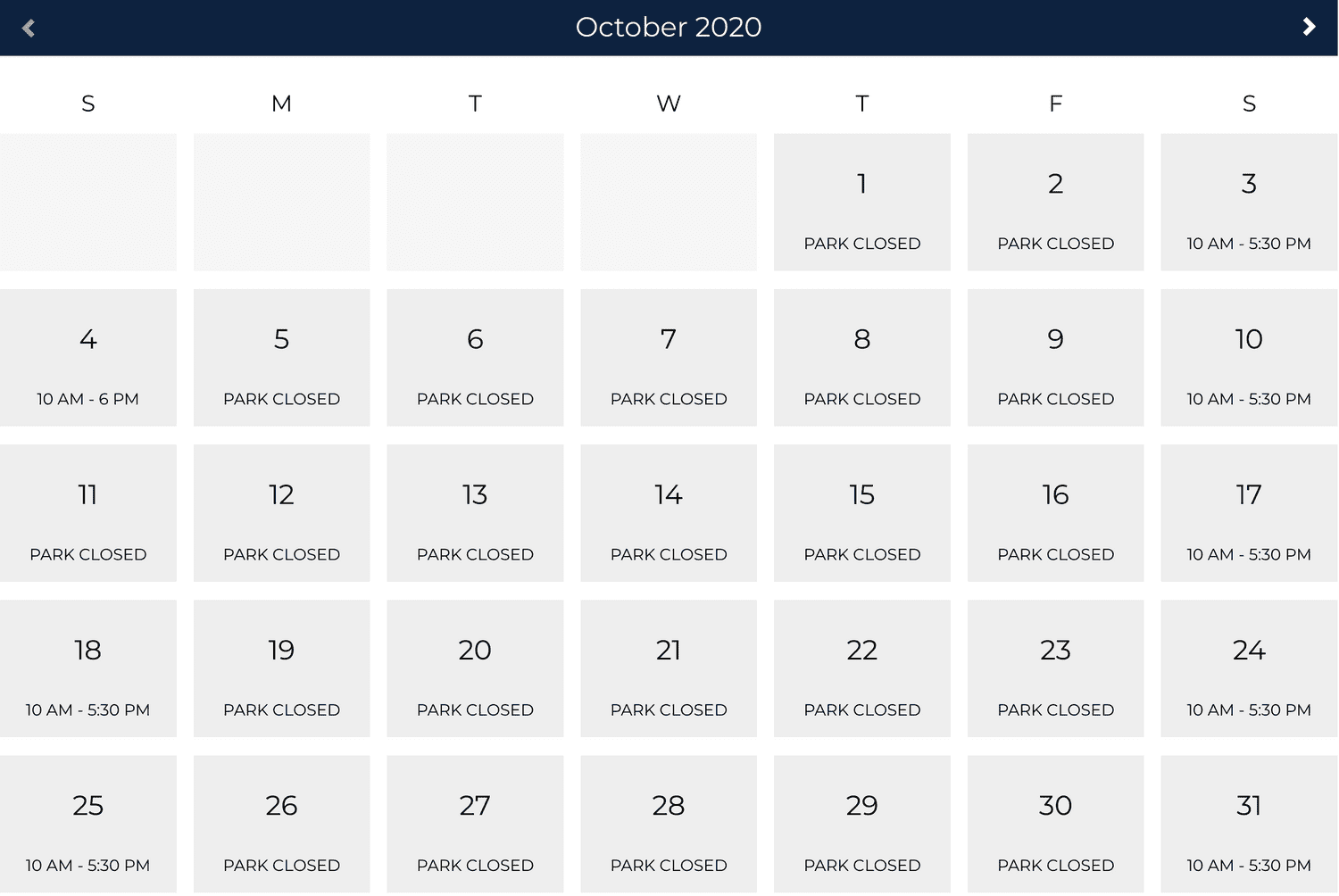 October 31 - Halloween happens to fall on a Saturday this year and this appears to be the last day of Haunt. Due to a little bit later closing the next day, we figure that CGA is doing what they did last year, with the Sunday after the last day of Haunt being a non-Haunt day. So if you have plans to go to Haunt, check it out on or before 10/31! 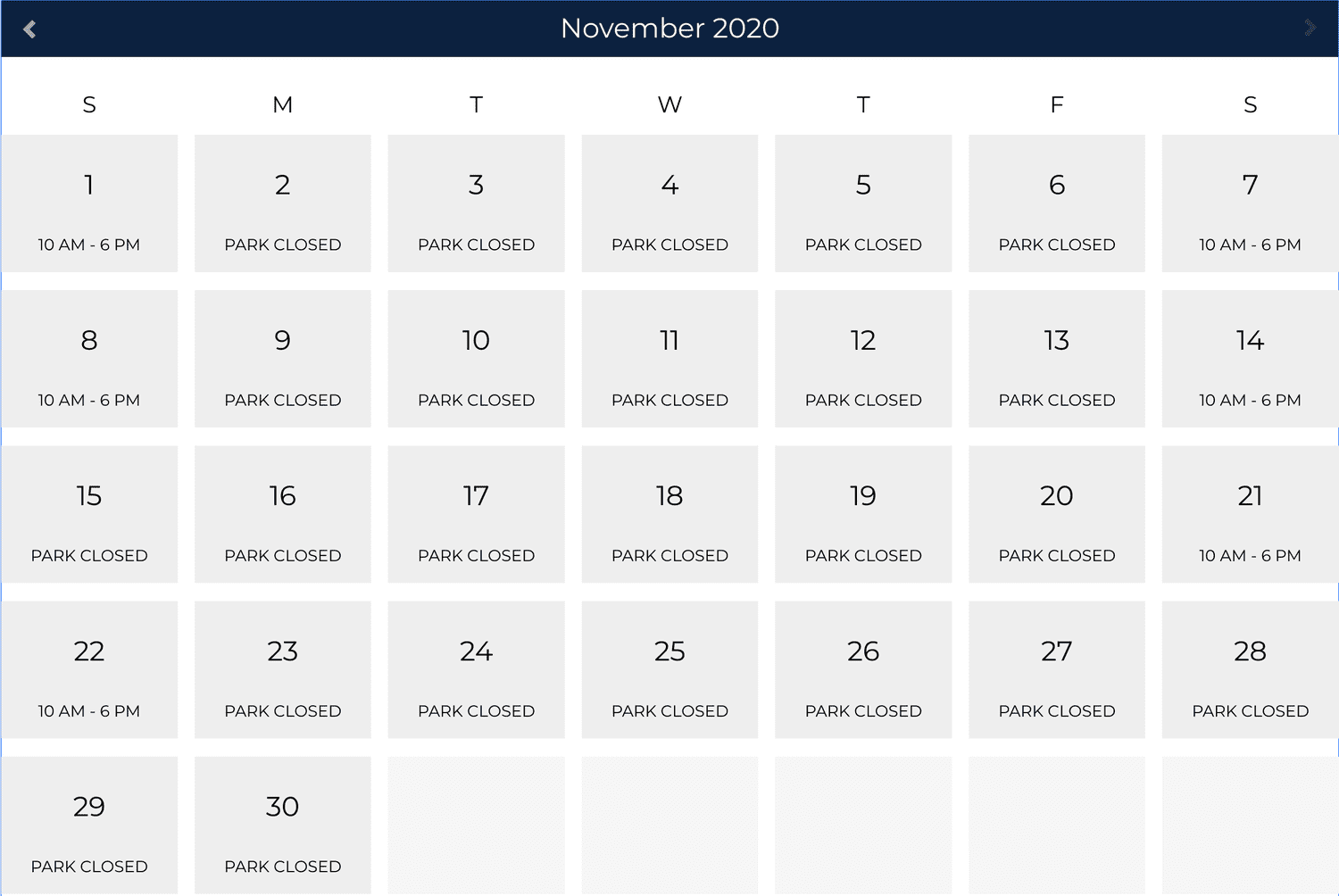 November 7, 8, 14, 21 & 22 - Looks like the bonus days from this year between Haunt and WinterFest are coming back. These days are pretty quiet days that are great days to head to CGA!

Since WinterFest is a different event from regular park opening, the park hasn't released a December calendar and won't until later this year but I'd assume that closing day will be 12/31 like it was this year.

So there you have it! CGA opens a little more than 2 months from now which isn't awful. Take a peek at the calendar on CGA's site and start planning your first trip to the parks!