Like I mentioned earlier, CGA just hosted a Season Passholder preview event and wow, there's a lot to talk about! So let's take a walk through their announcements and check out what's coming to the park in 2020!

The majority of the updates given in the event focused on the events that are coming to the park in 2020, so let's see what CGA has in store for us! 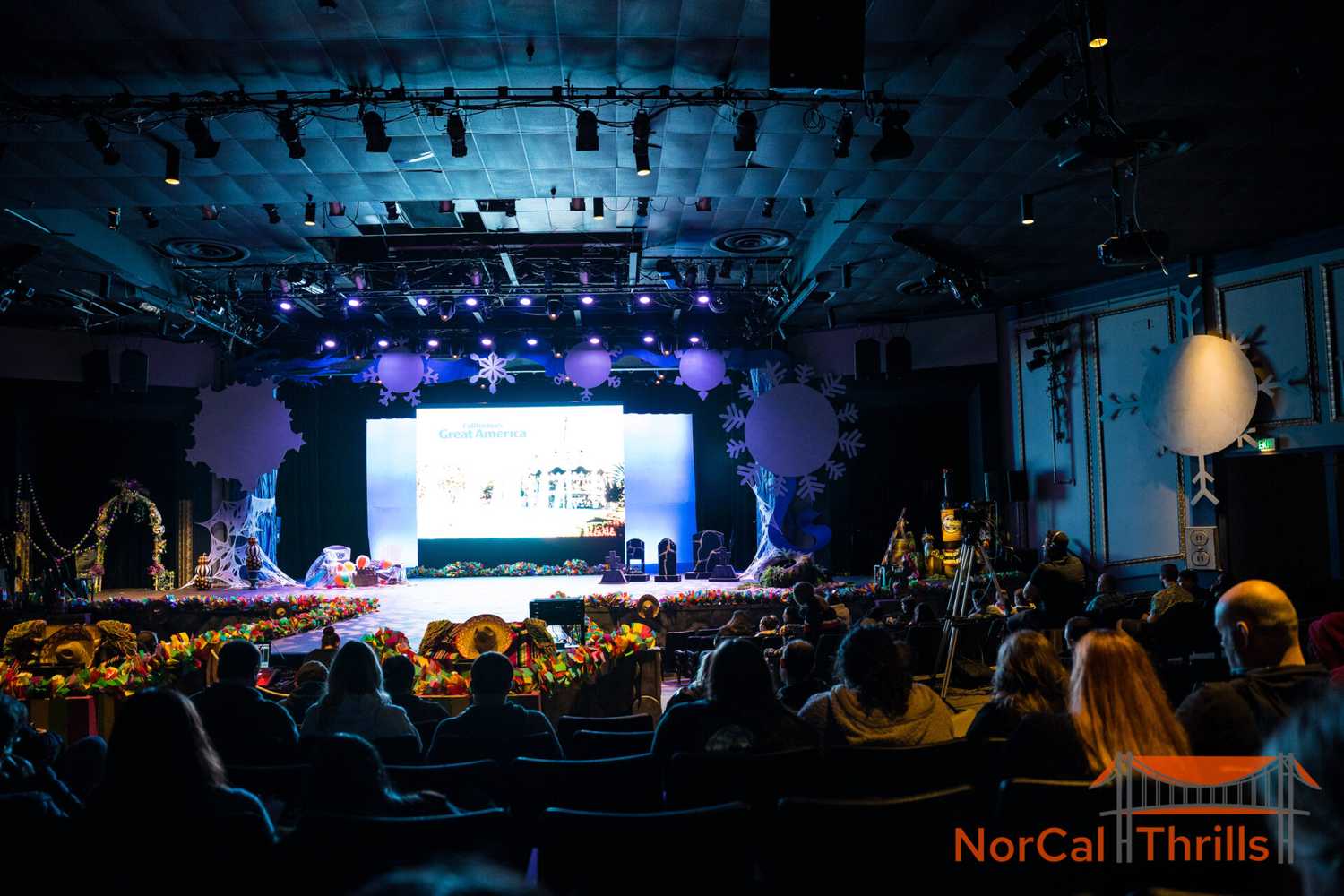 After being led into the park, it was off to the auditorium!

CGA announced a special collectible button program with buttons being given away at various times throughout the year. There will be 9 total and we got a special 10th one given to us for attending the preview! 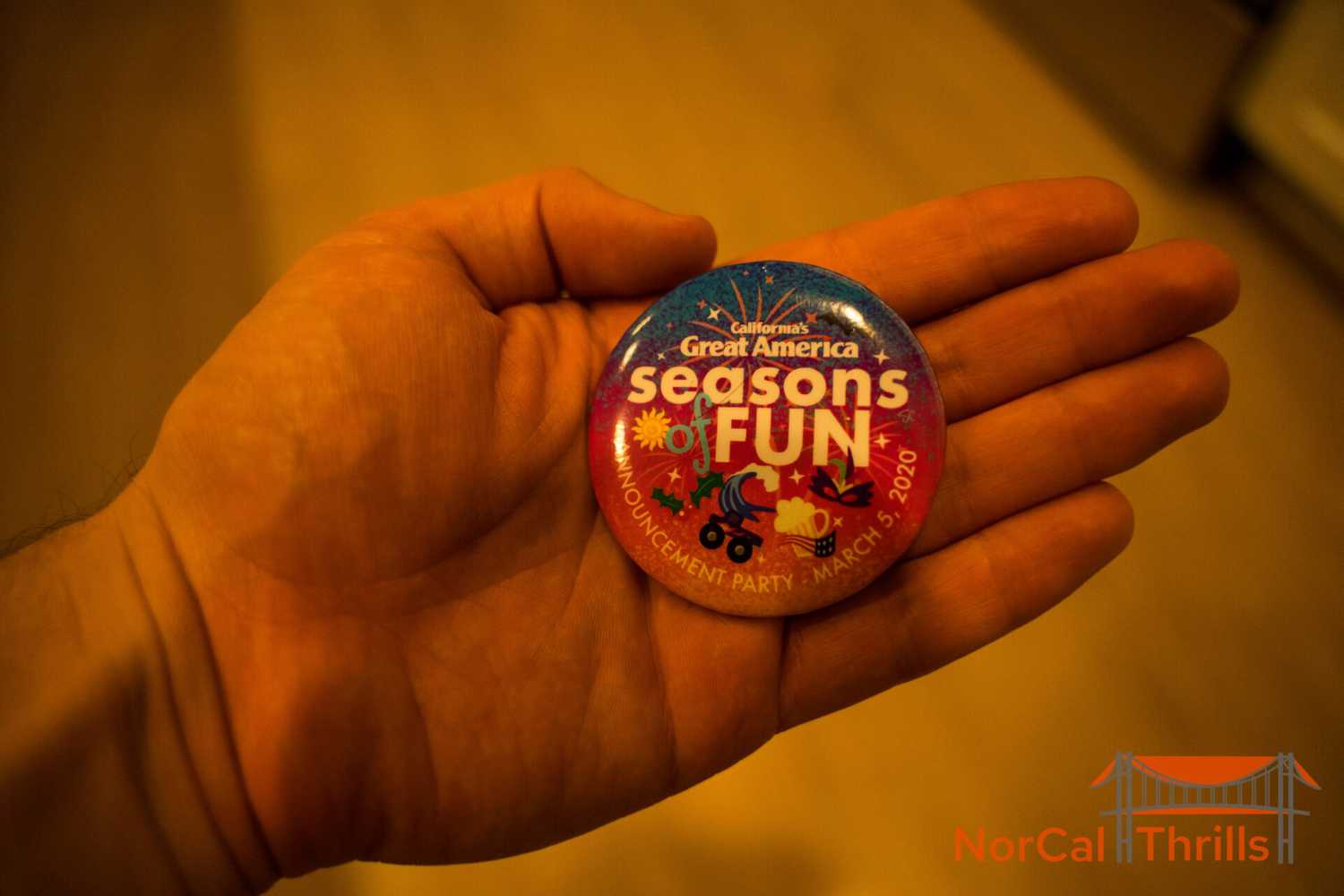 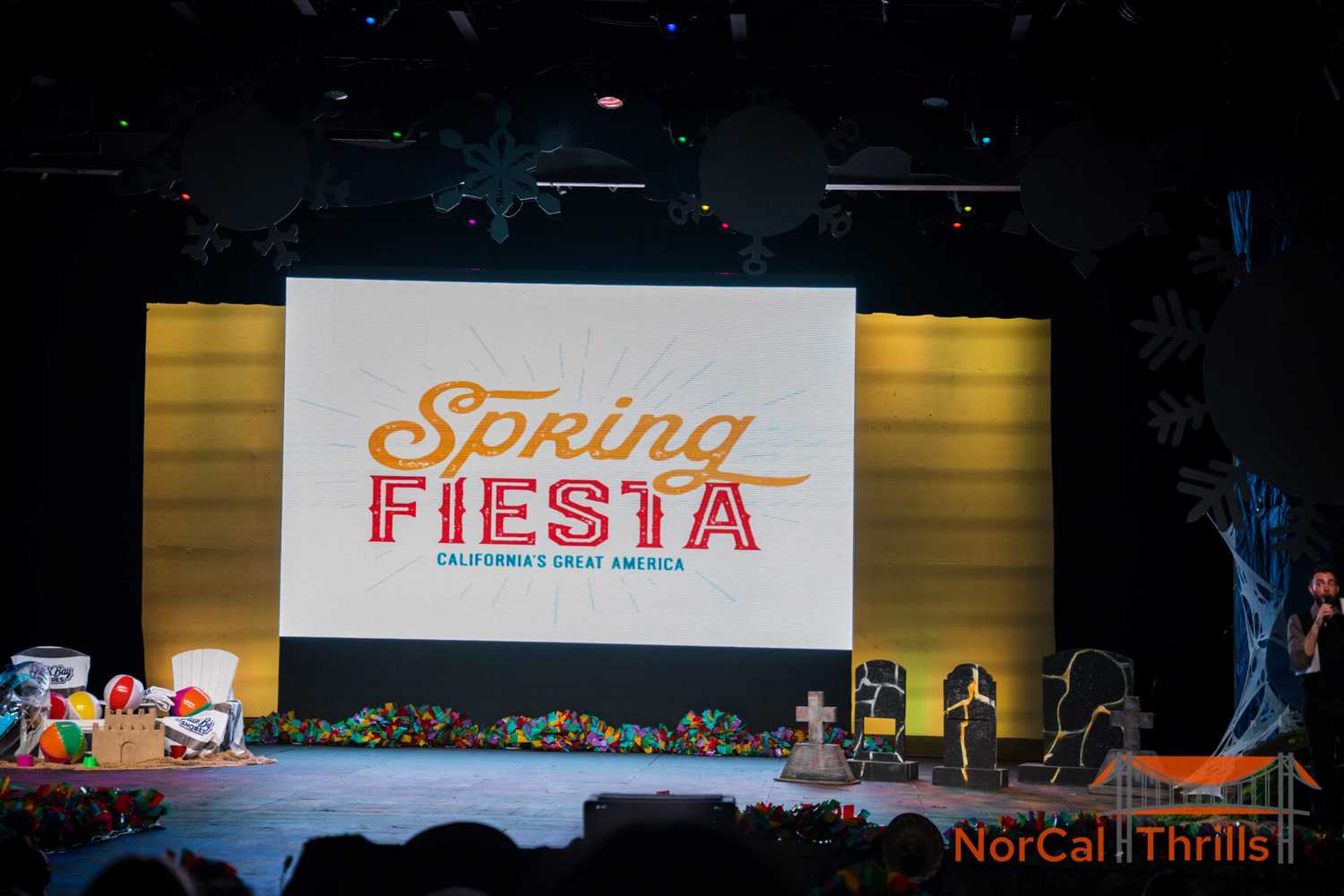 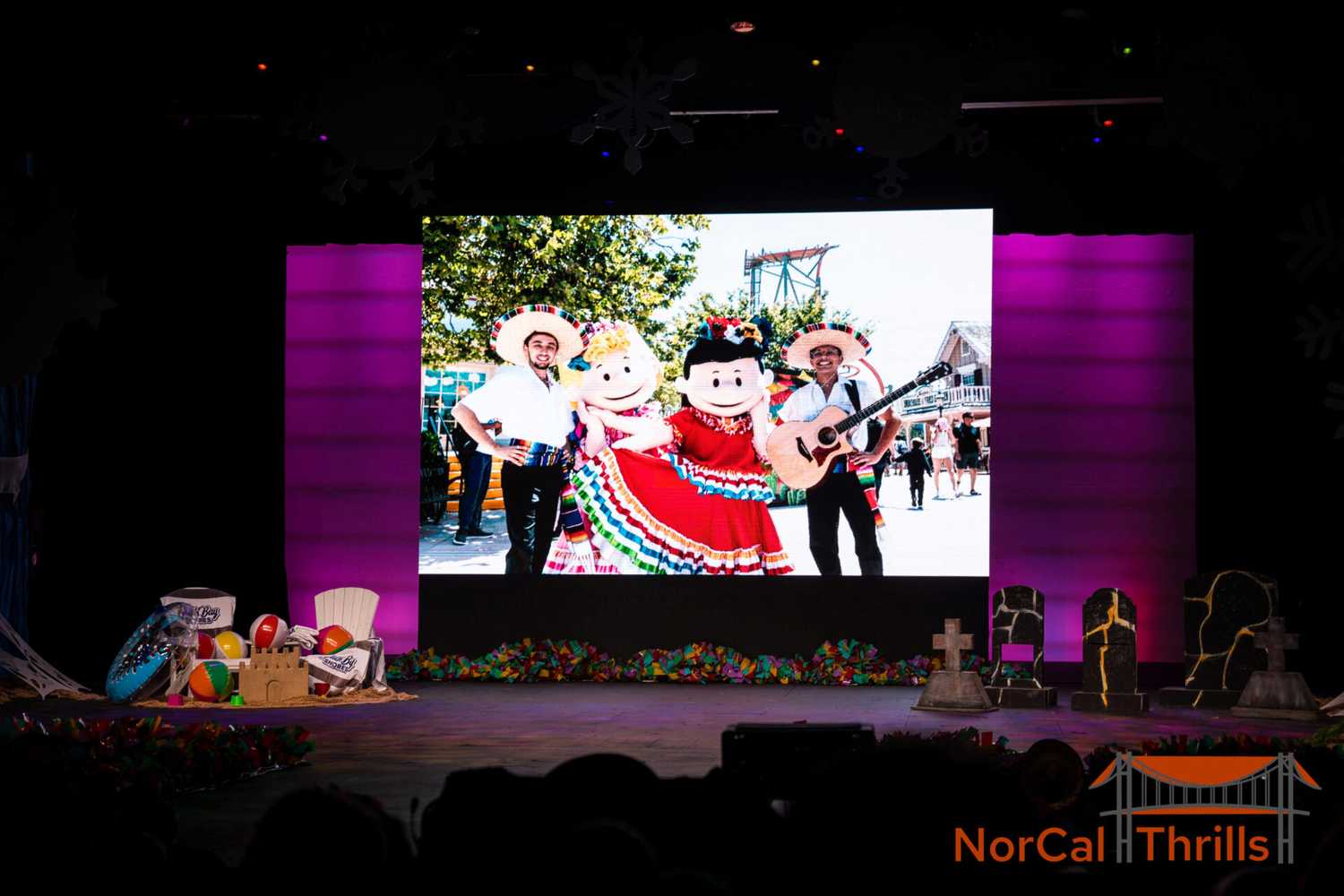 The second weekend (May 2 & 3) is a Cinco De Mayo celebration featuring a new tasting menu. And the final weekend (May 9 & 10) is a Latin music festival featuring plenty of live music. 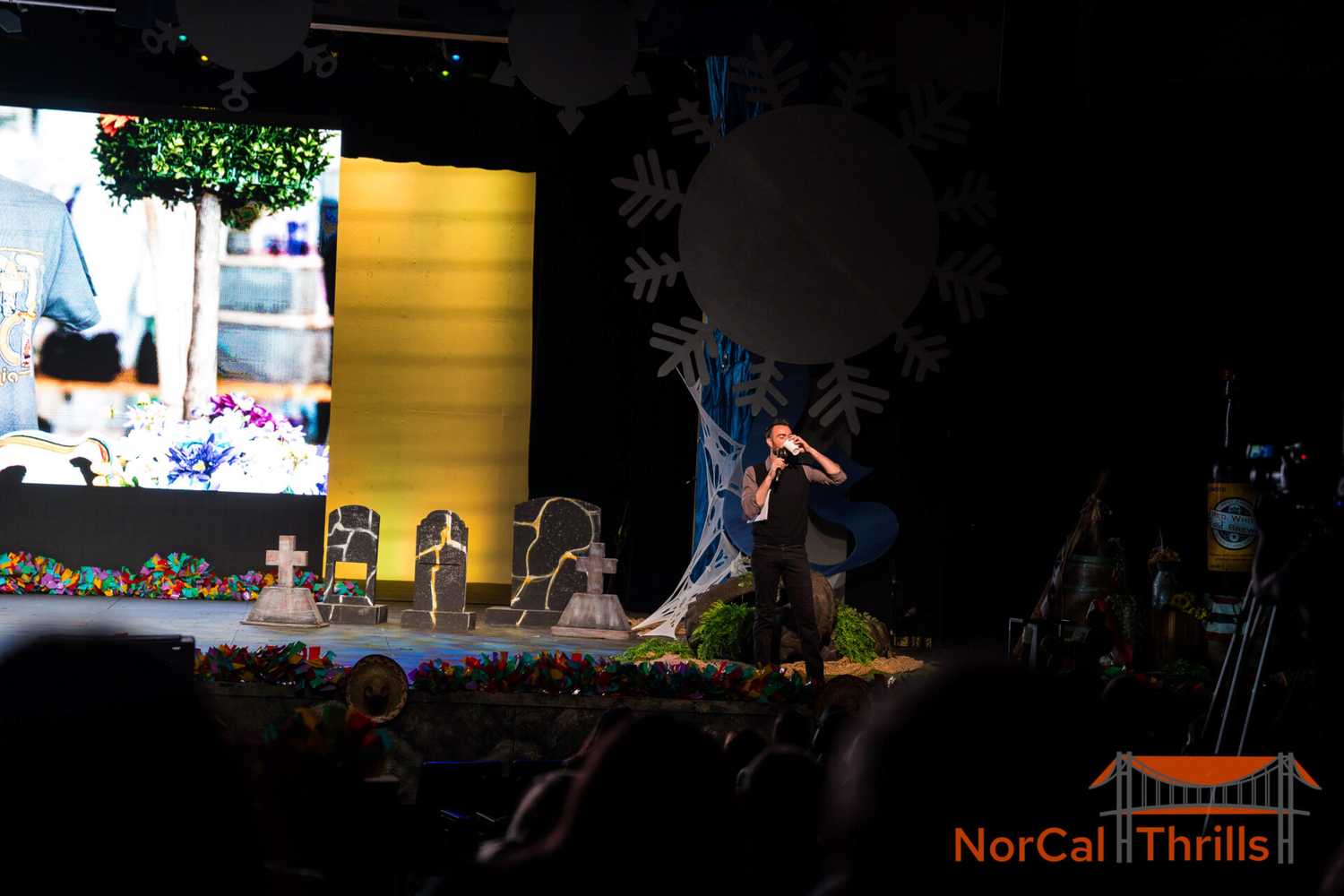 Monster Jam Thunder Alley finally makes it's way to CGA running from June 20th - July 12th! In this exciting event you'll get the chance to ride in a real monster truck and get up close and personal with your favorite trucks including El Toro Loco and Grave Digger. On select days, you'll also get the chance to meet with some of the drivers of the trucks themselves! 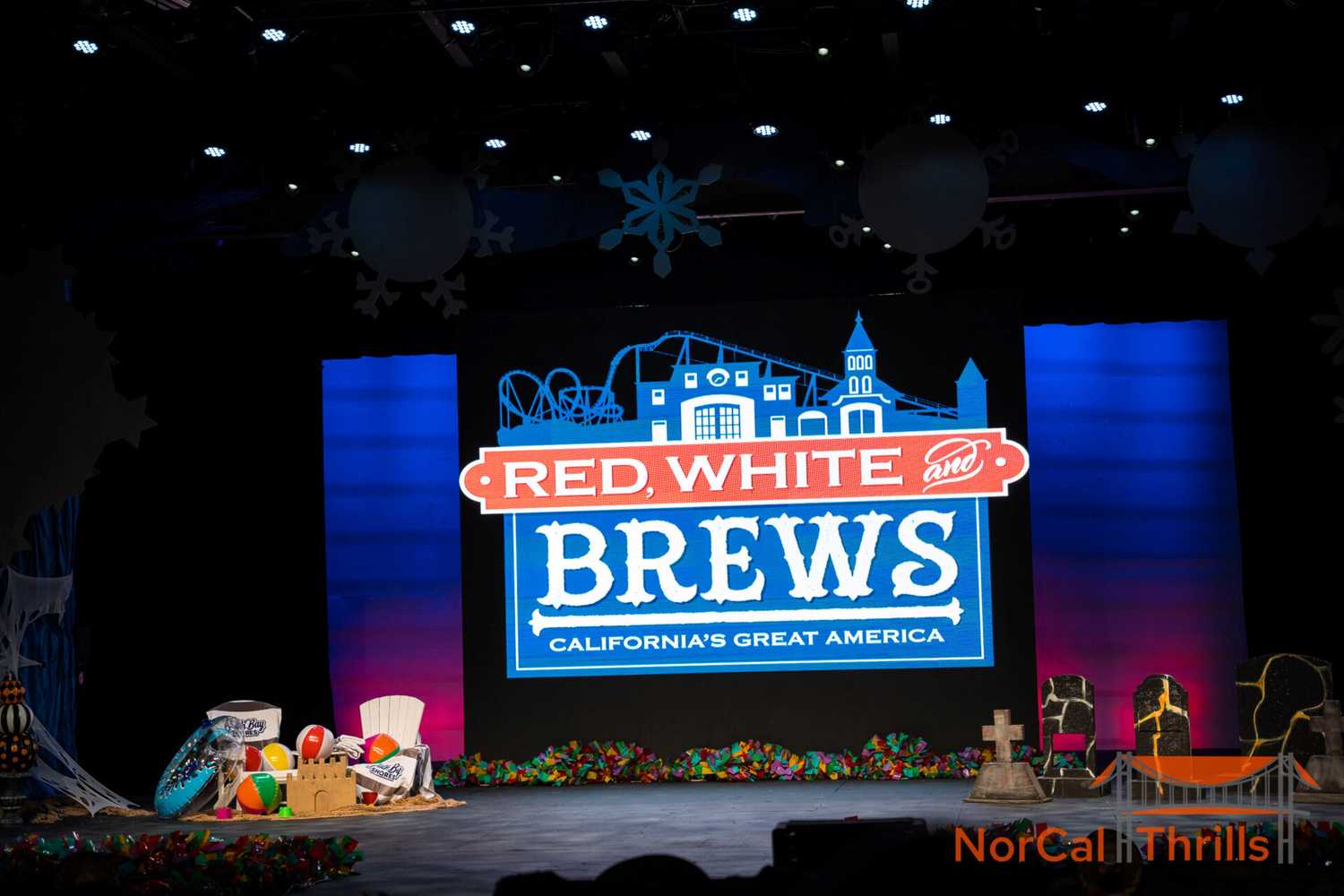 Red White & Brews returns for a 4th year this year running on weekends from June 27-July 12th! Featuring all of the live entertainment, drinks and fireworks that you're used to, this year also will bring a new tasting menu to experience!

Replacing Mardi Gras this year is Carnivale at Orleans Place. Likewise coming from other Cedar Fair parks, this event's highlight is the Spectacle of Color parade. It will run from July 18th to August 2nd.

Halloween Haunt has something to be excited about this year! New for 2020 will be a new house: Shadowlands: Live by the Sword, Die by the Sword.

This maze will replace Zombie High and comes direct from Knott's Scary Farm and is sure to be a hit!

This year's event will run from September 25th to October 31st. 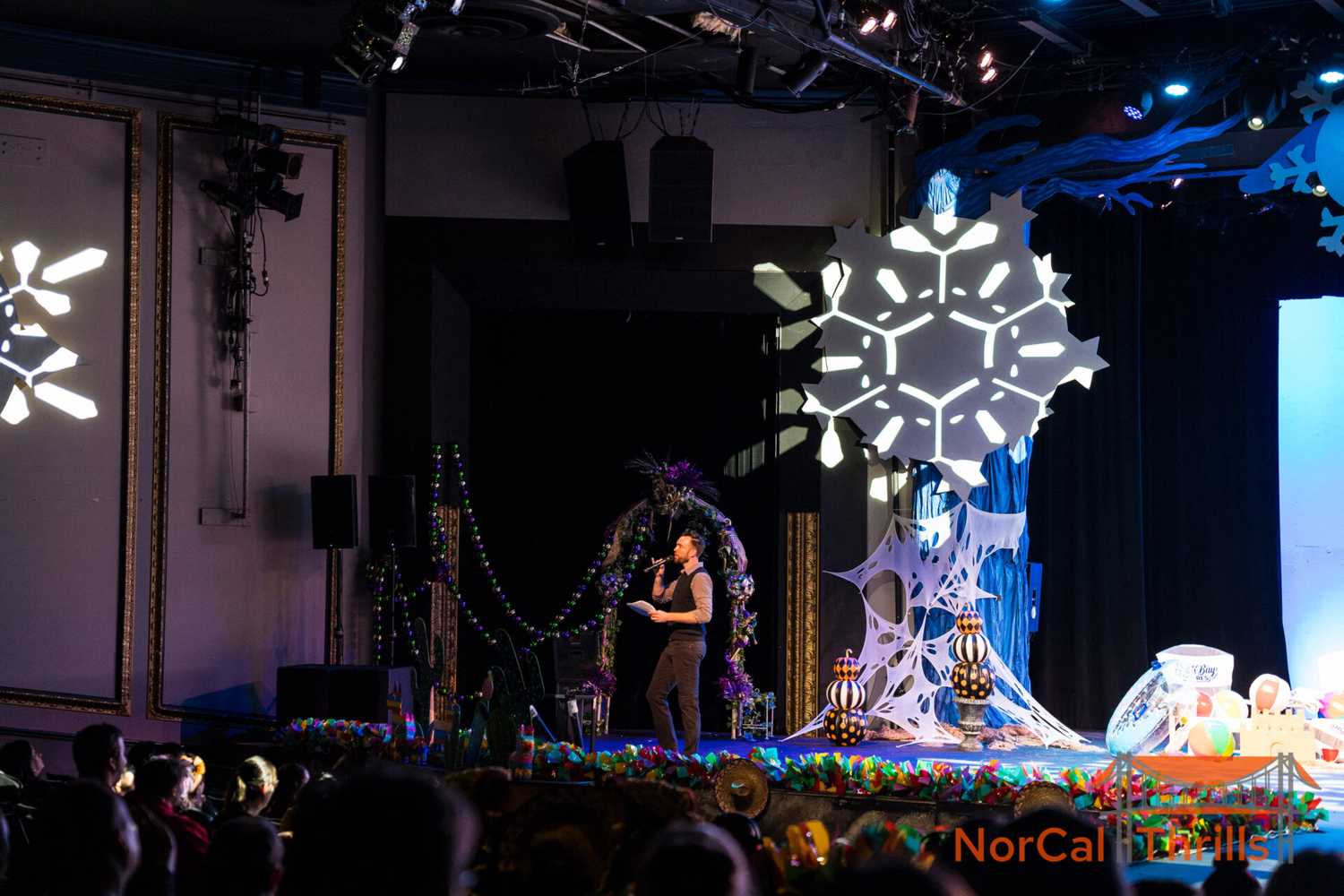 And the last event of the evening was Winter Fest. It will return this year with the same characters, events and rides you've loved and it will run from November 27th to December 31st. 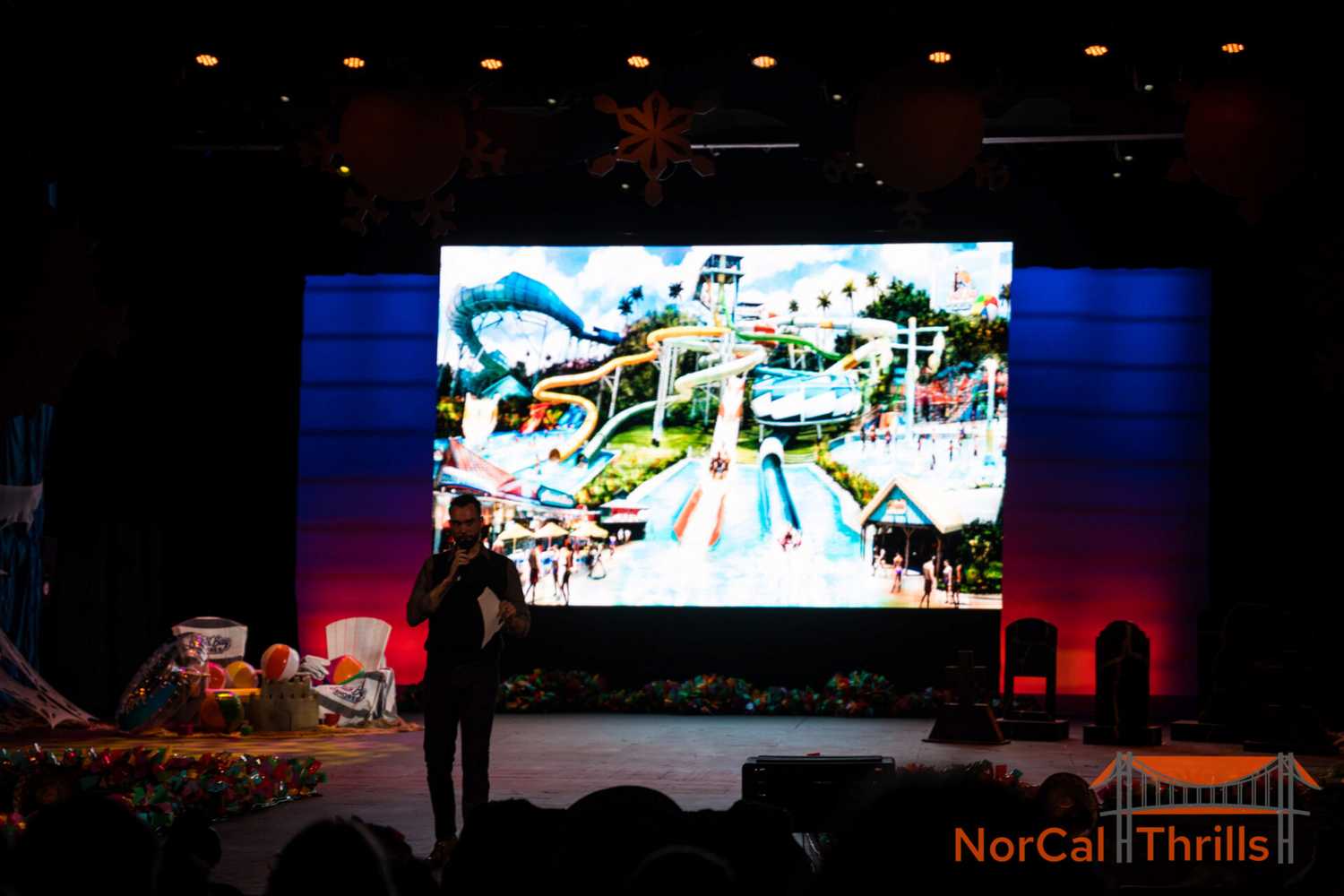 CGA shared a great update with us regarding the progress of SBS.

No opening date has been given beyond "Summer 2020" but we looks forward to it!

A merch tent was set up outside of the theater highlighting some of the new merchandise that we can expect to see next year. 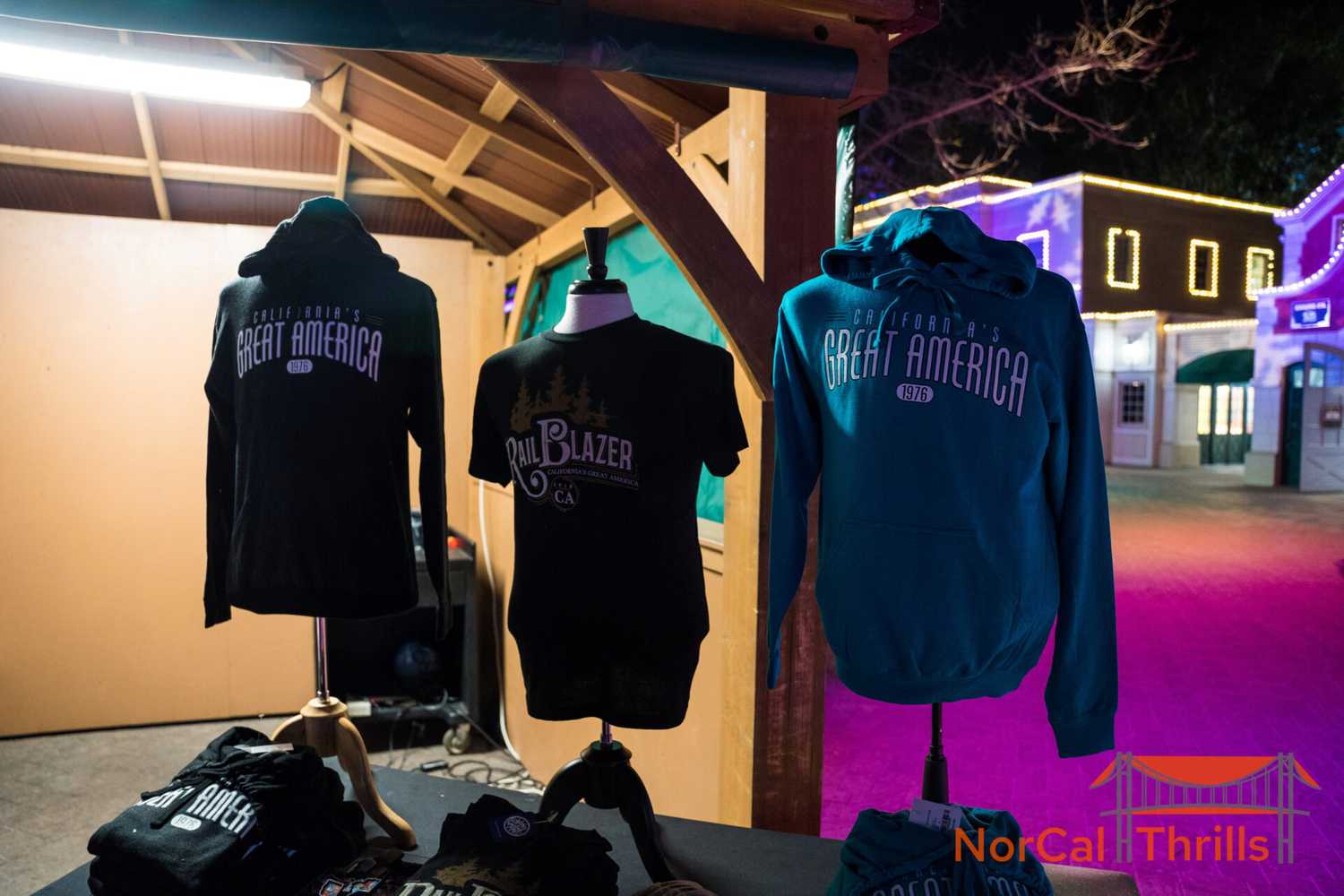 In addition, the park set up 4 booths for us to try some new food from. 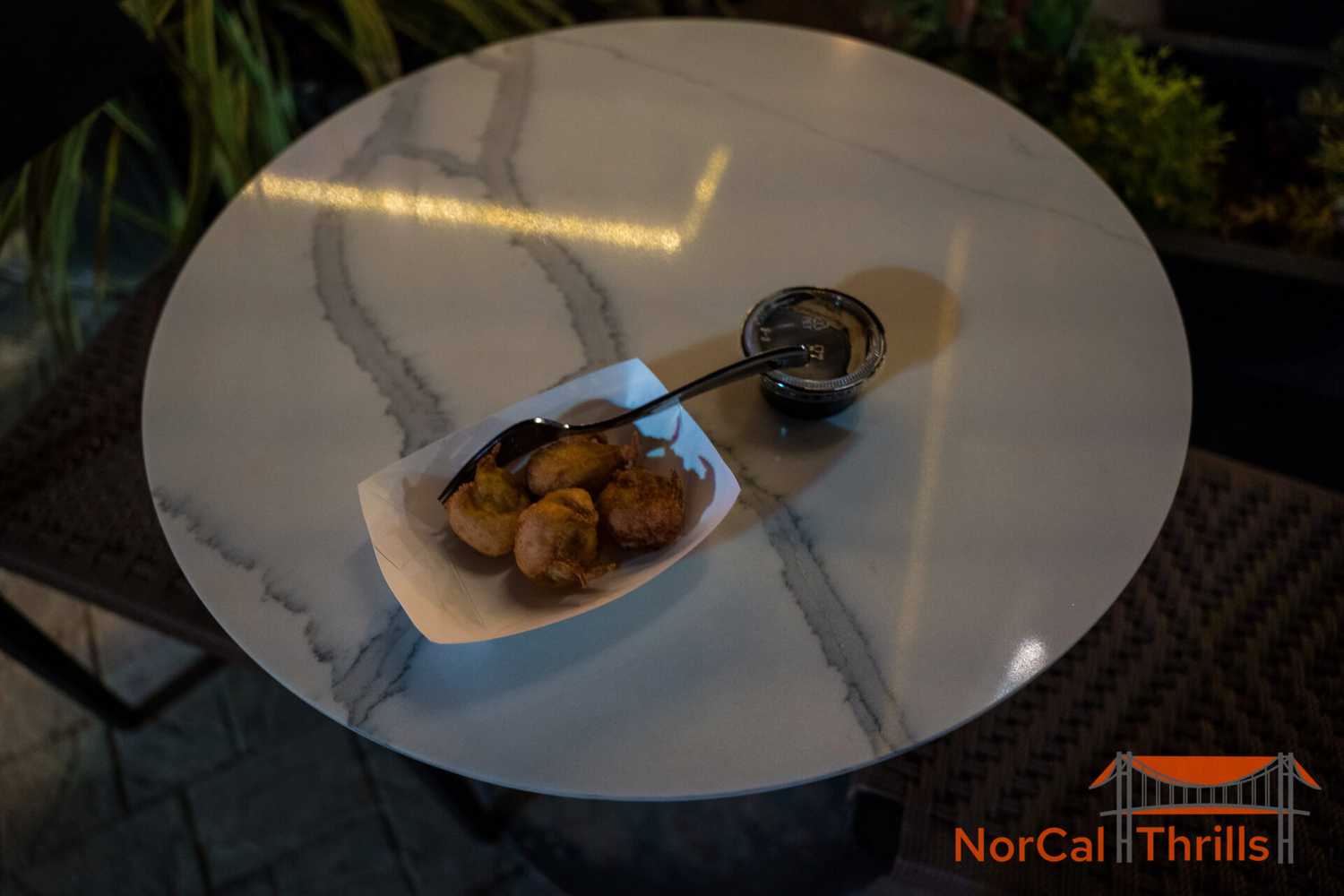 Fried Bananas with Caramel Sauce - Wow, this was incredible, one of the best theme park desserts I've ever had. I will eat this every visit this upcoming year! 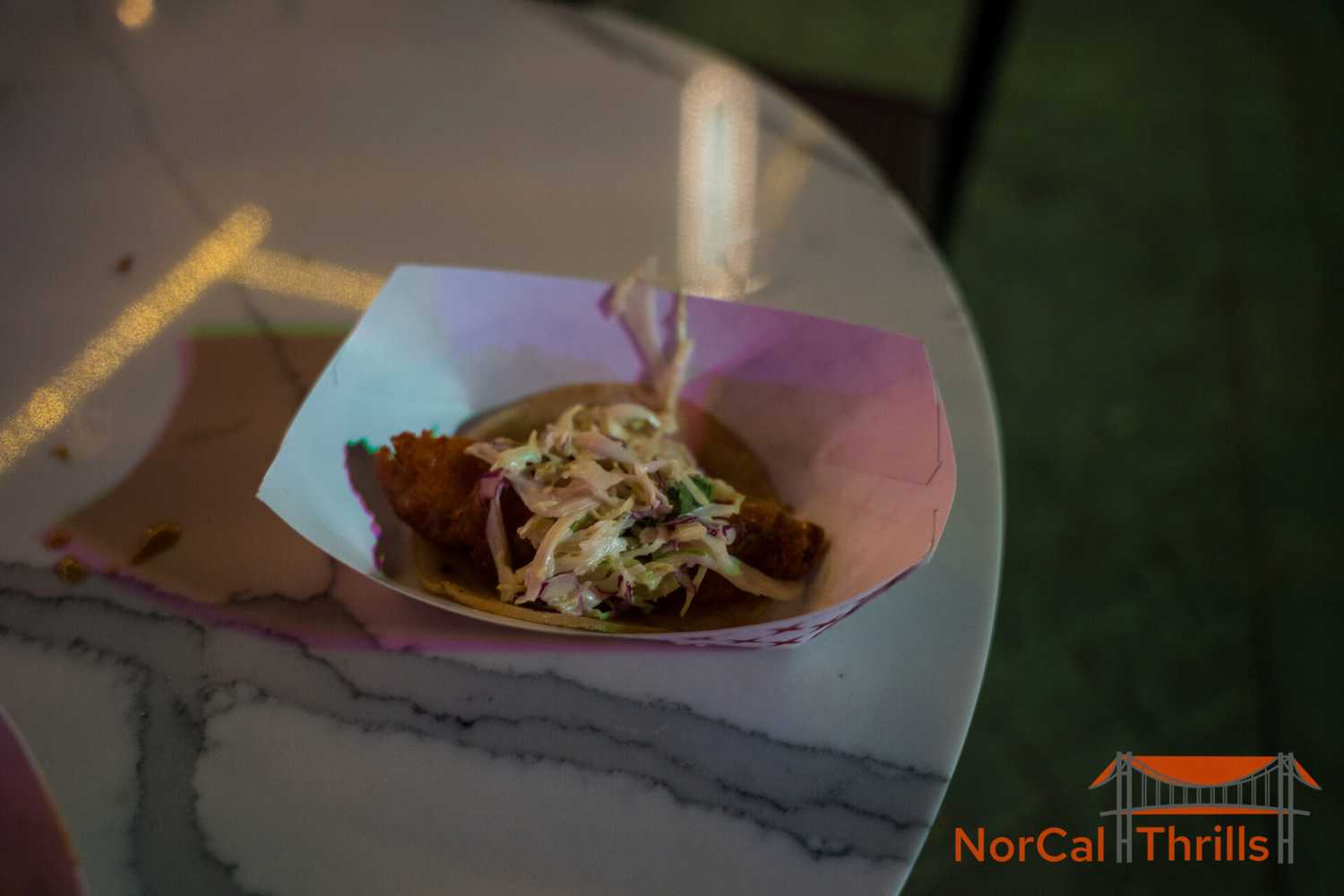 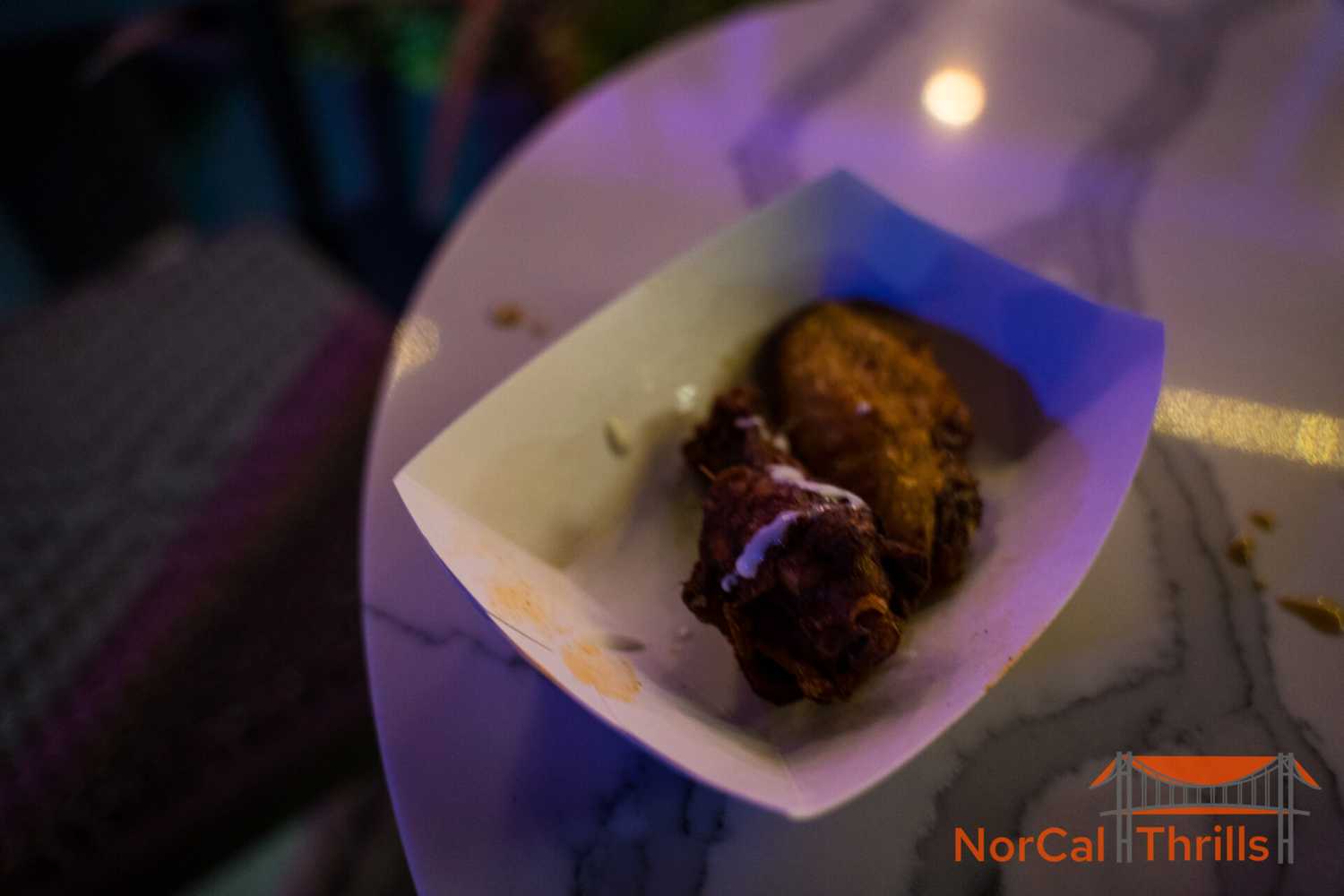 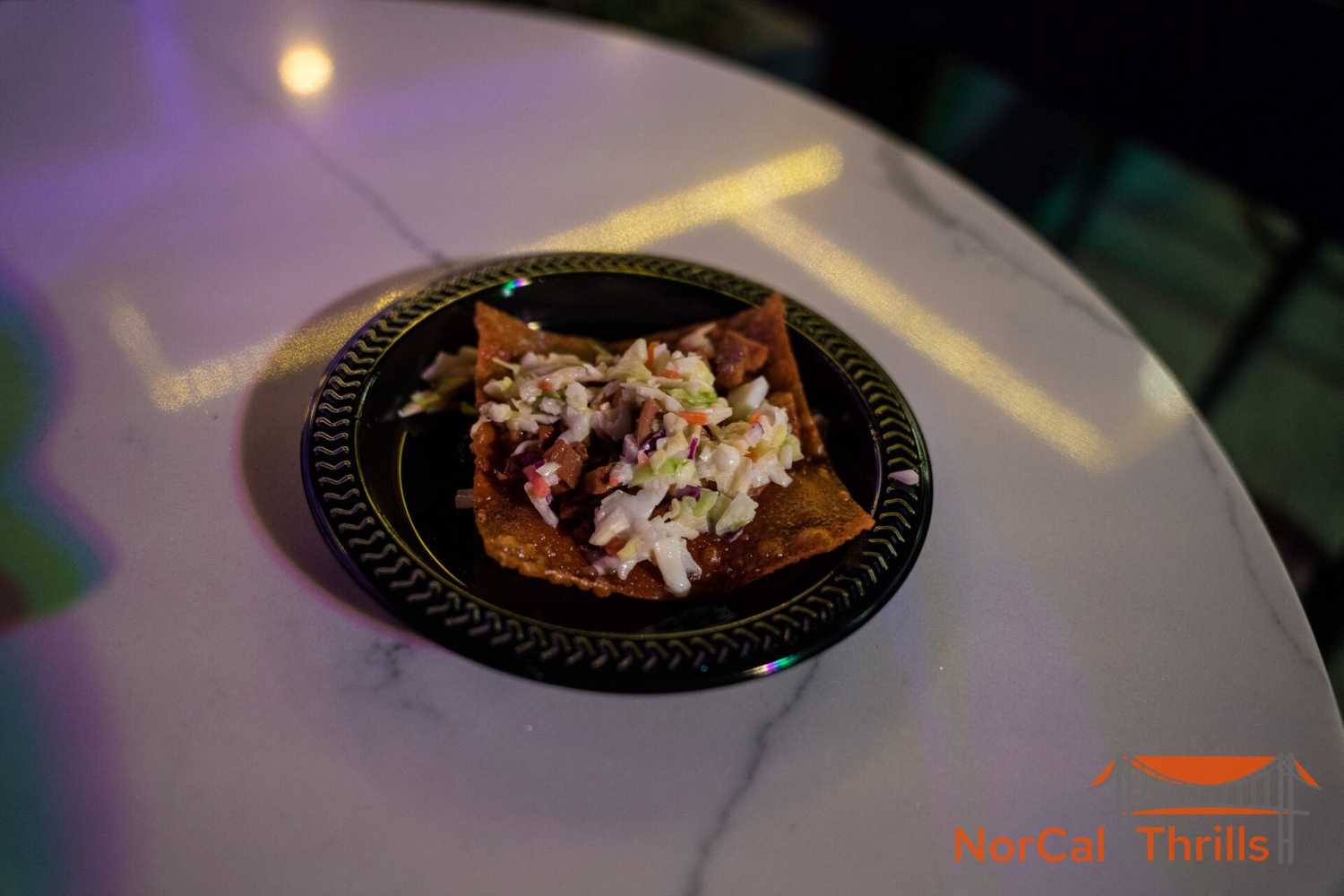 I'm looking forward to these new dishes at CGA during the year!

The ticket booths are being repainted and should be fresh in a few weekends! 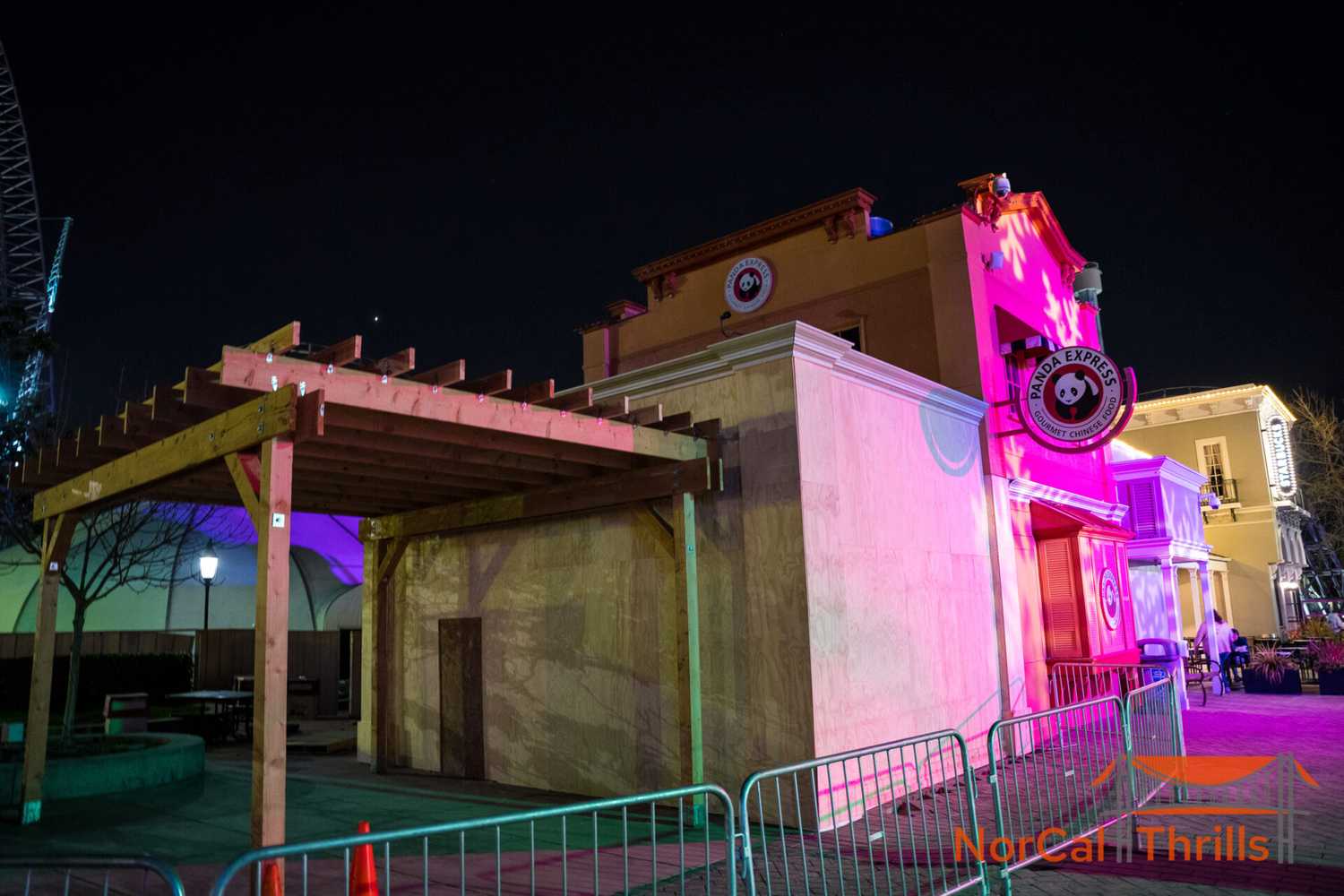 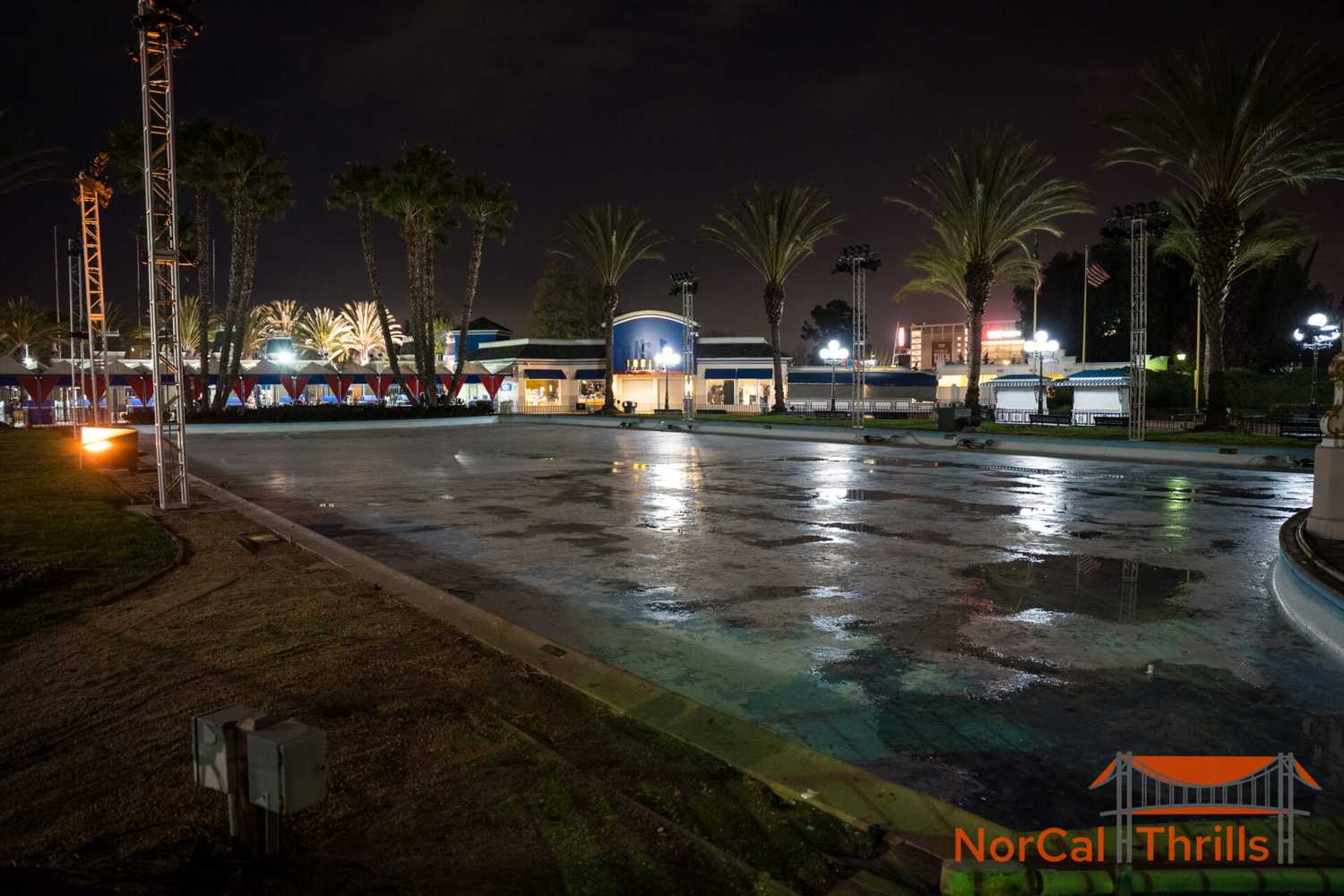 The fountains aren't quite ready yet for the year but hopefully will be soon! 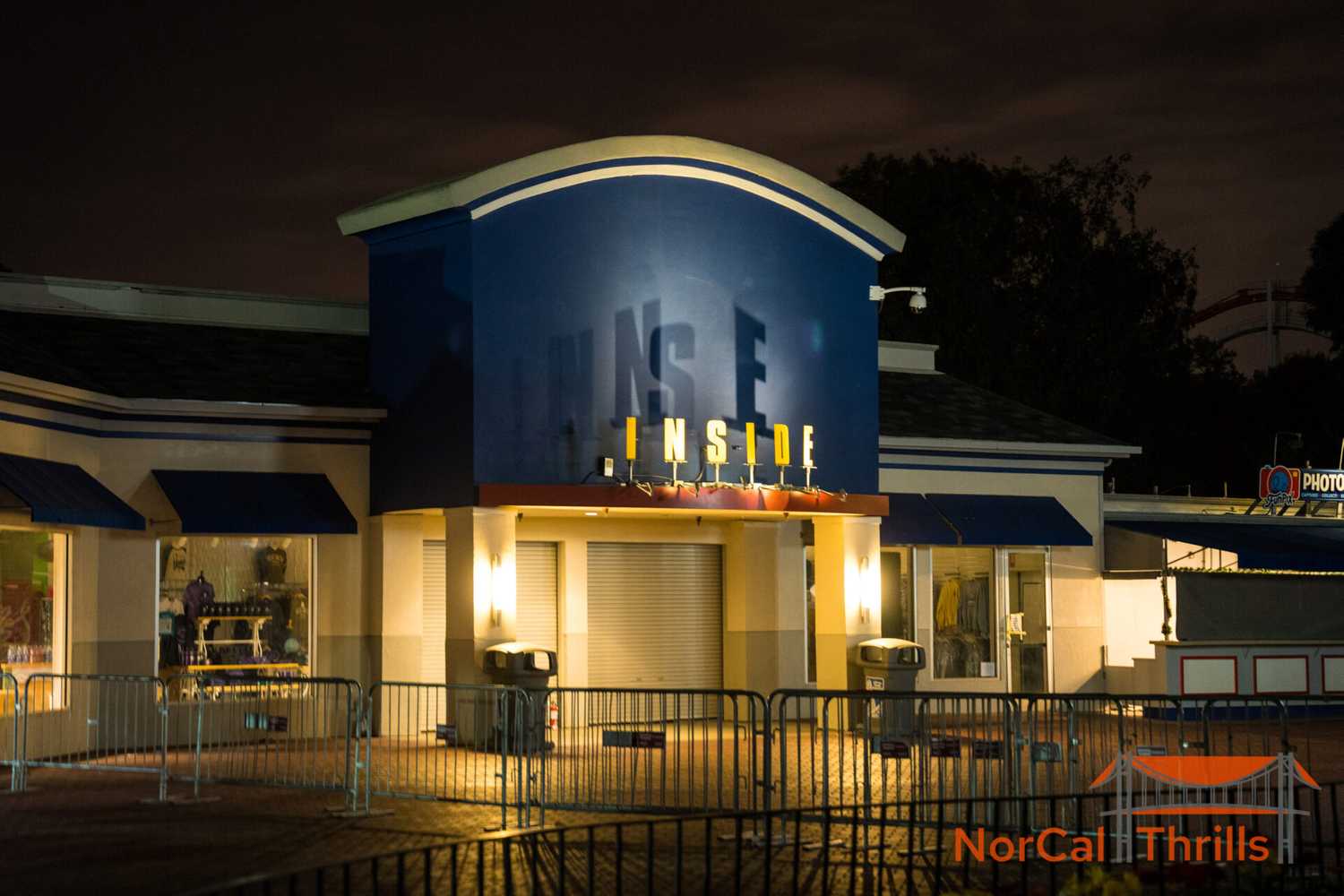 INSIDE WHAT? I NEED TO KNOW!

Coming into the park, there are new entrance billboards highlighting the new events and additions for 2020. 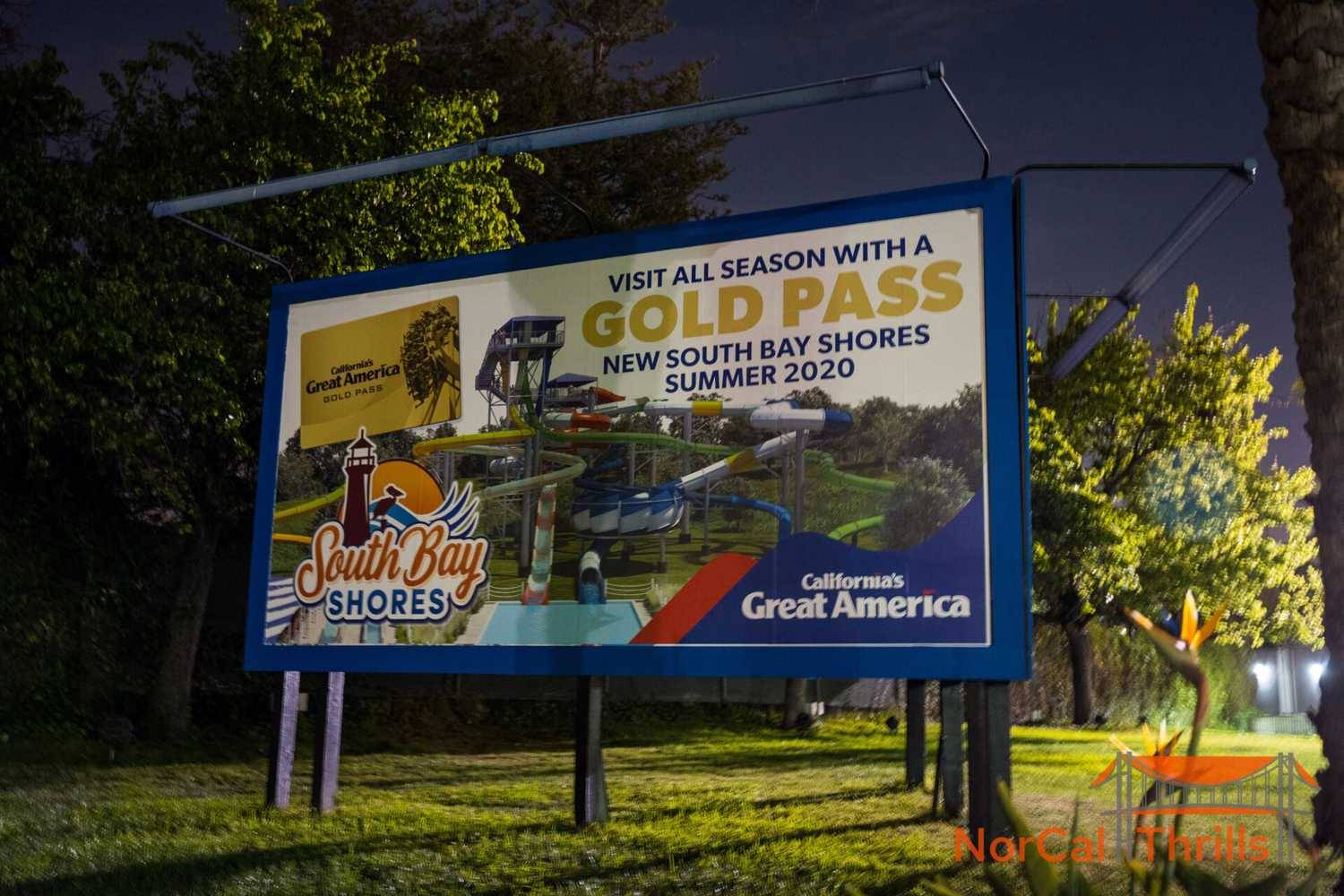 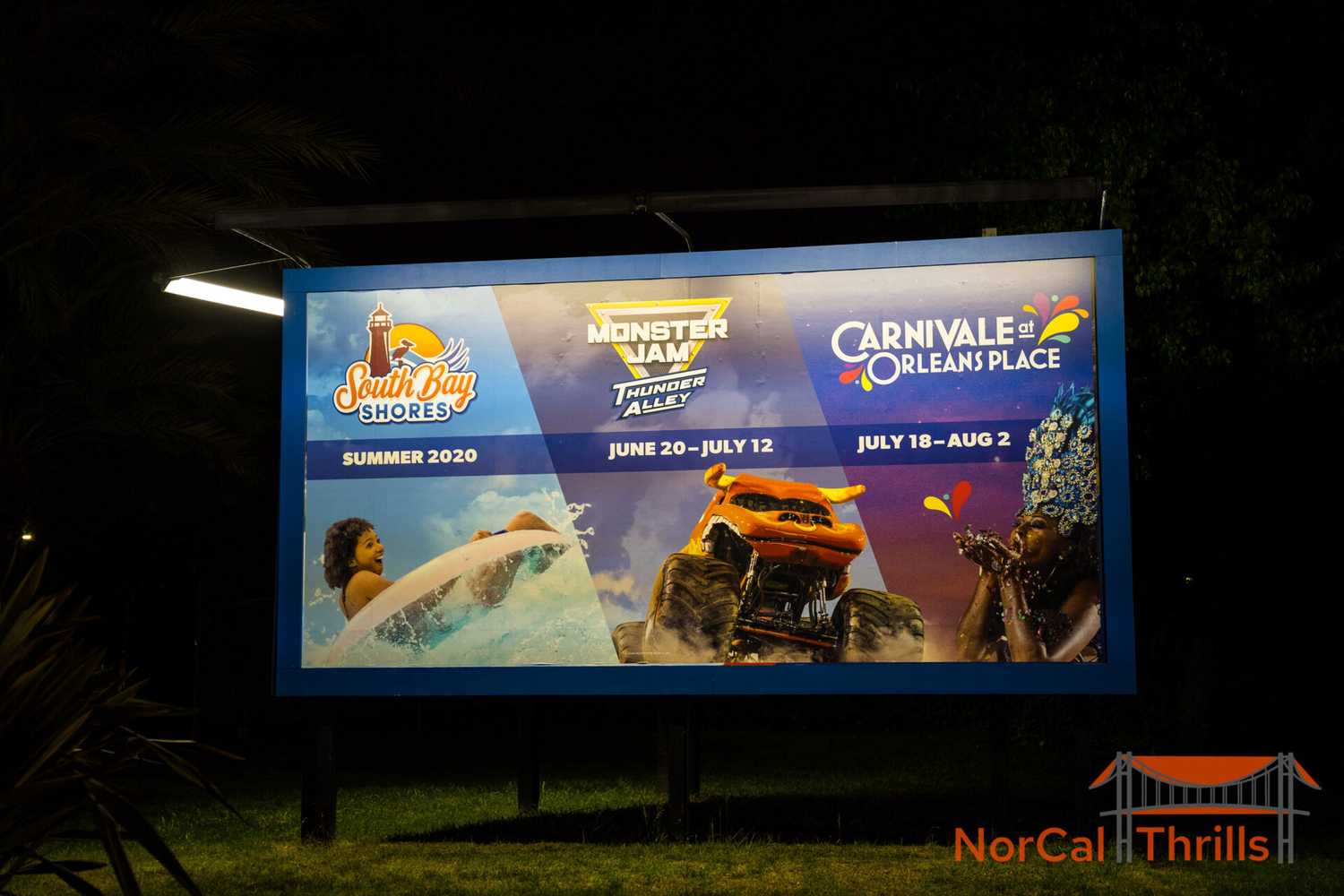 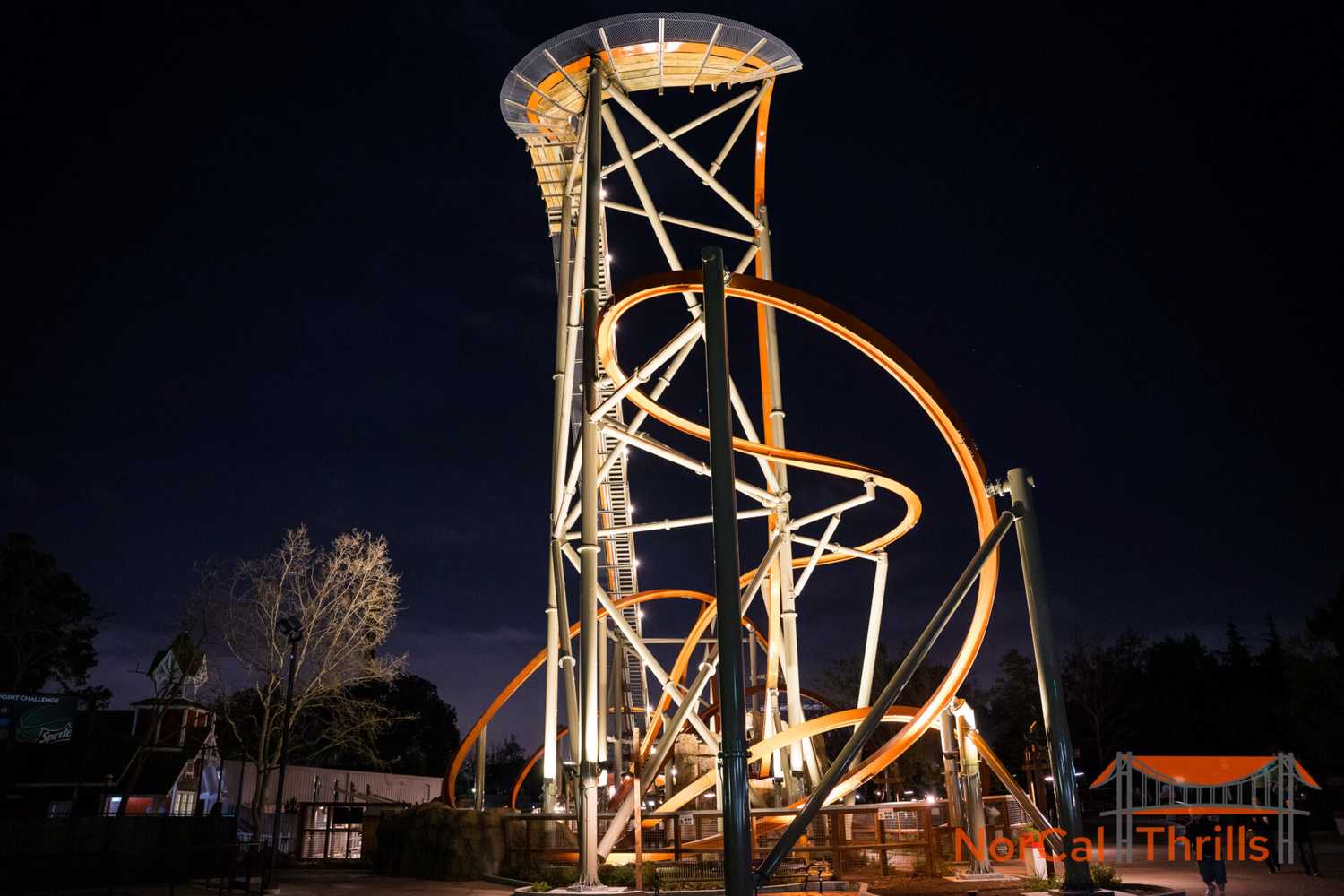 But Railblazer was the highlight 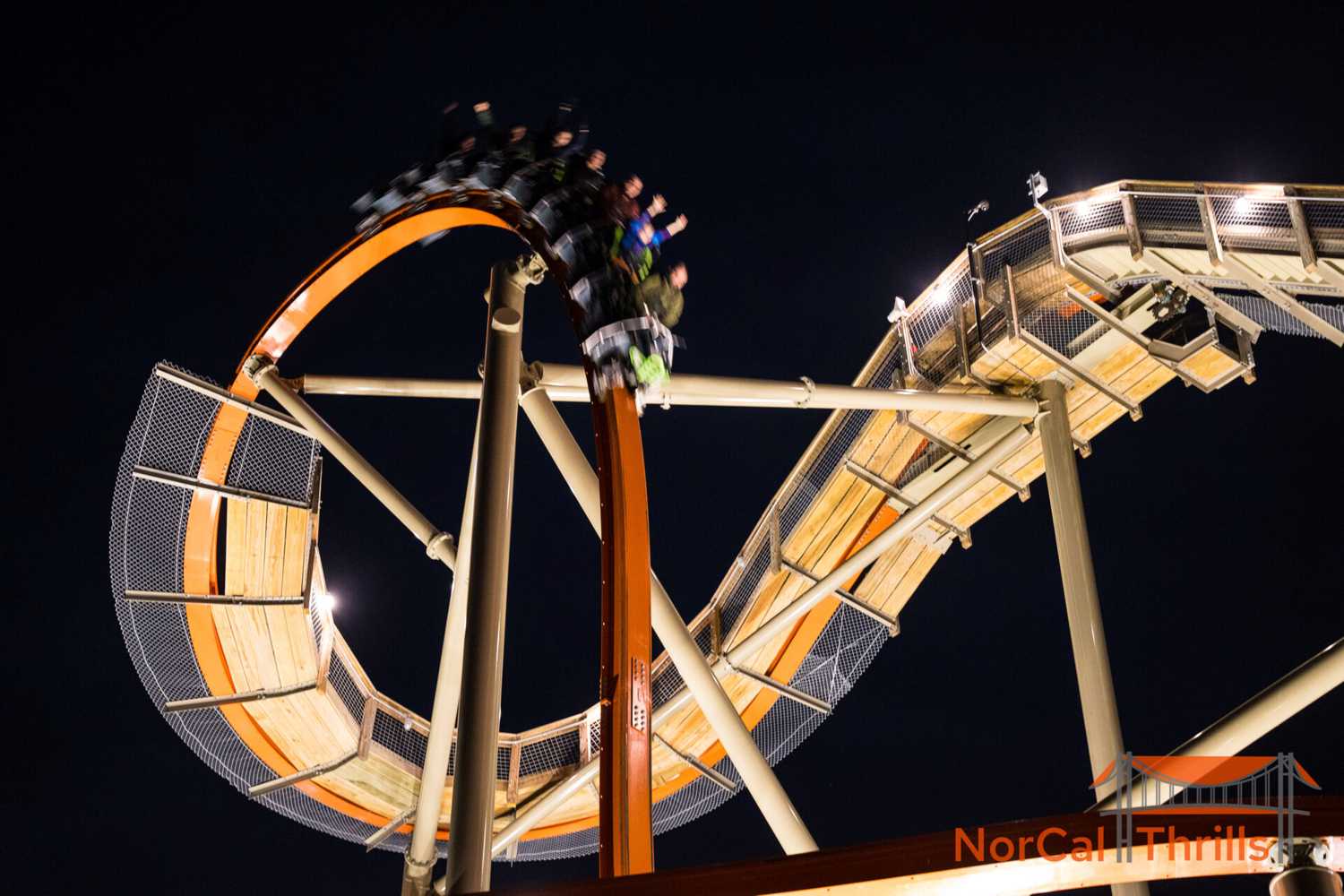 And didn't have a line all night 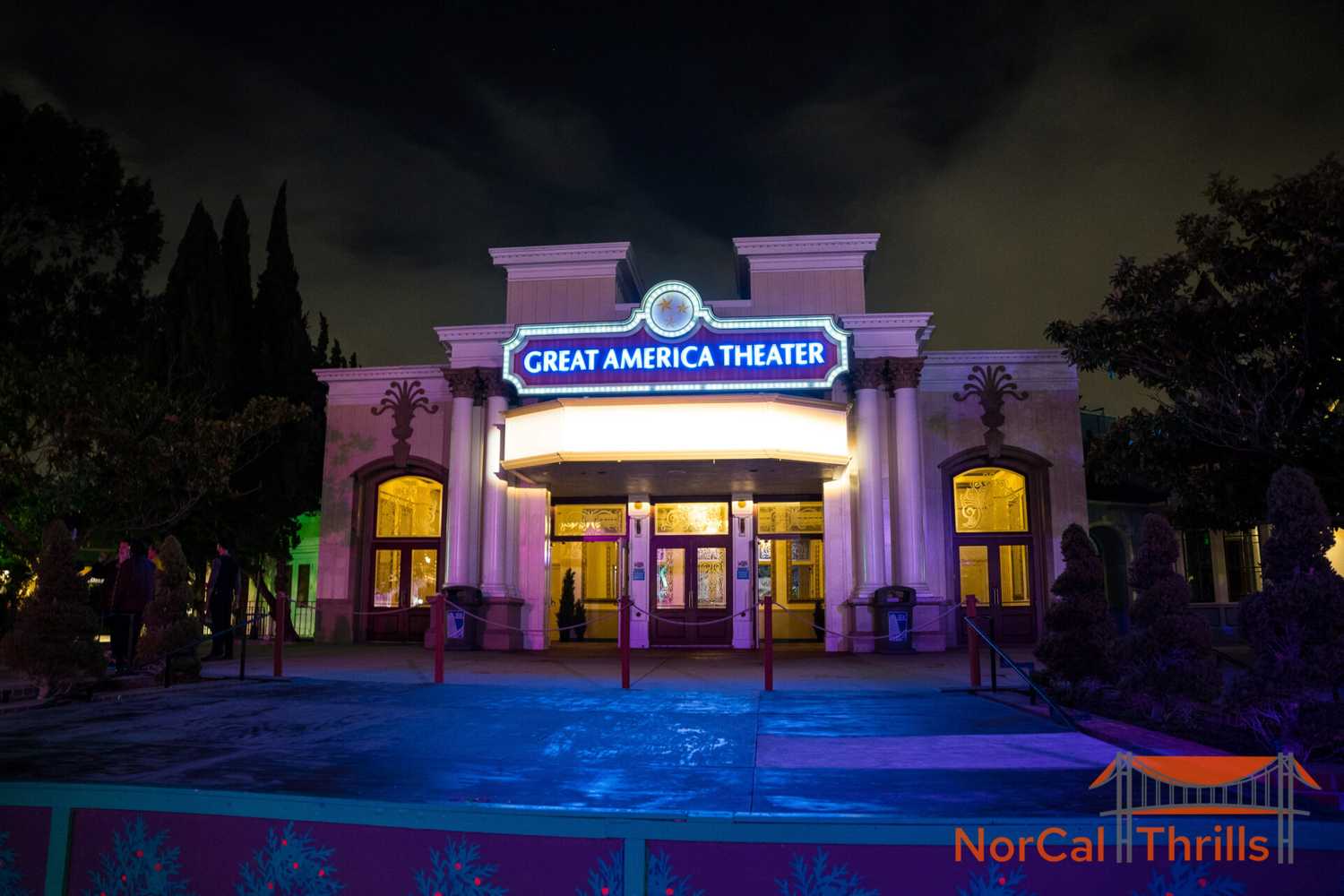 I love the lights of the theater at night 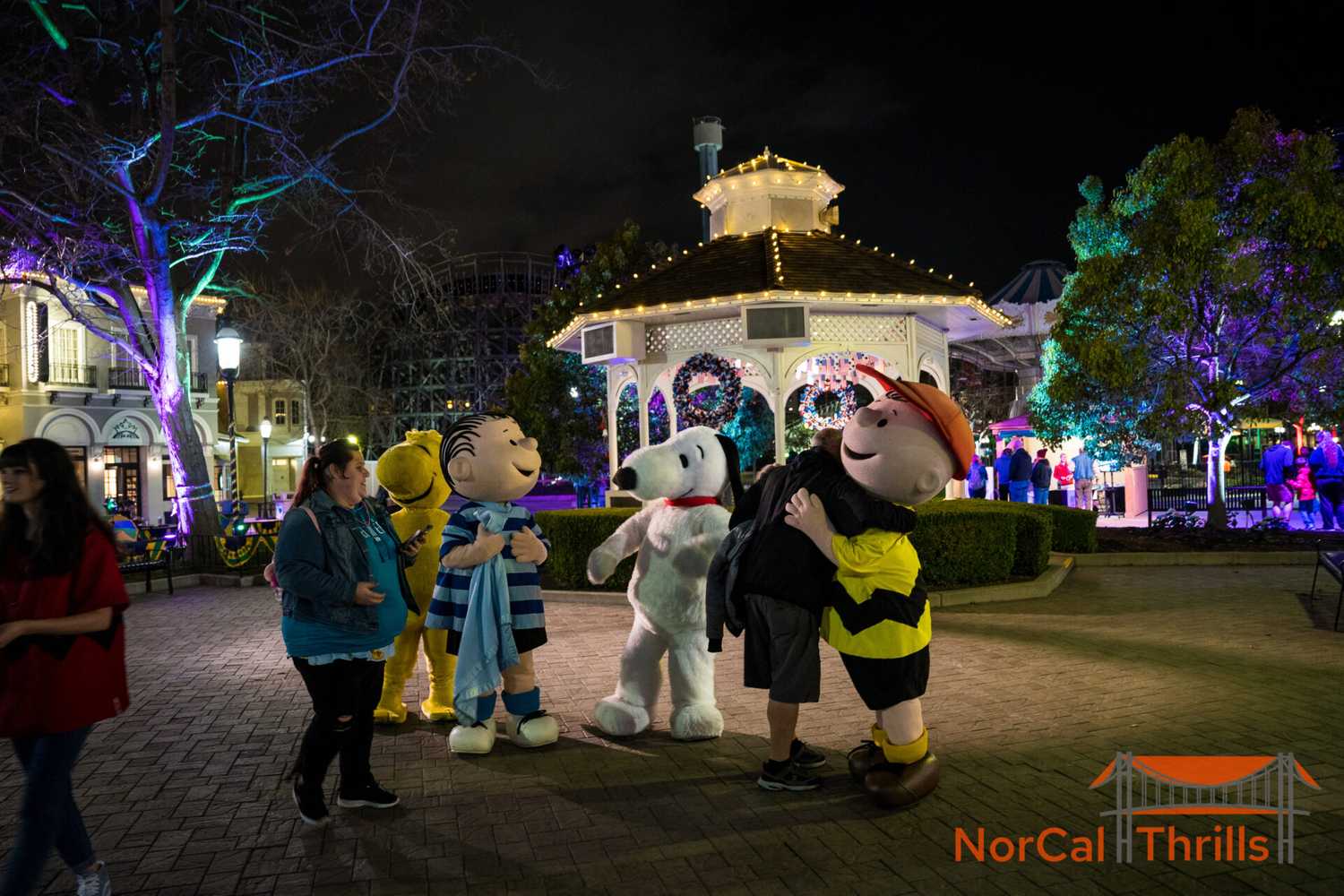 And the Peanuts gang were around to take pictures

I love the little decorations CGA adds to Hometown Square for the various yearly events and they showed it off today: 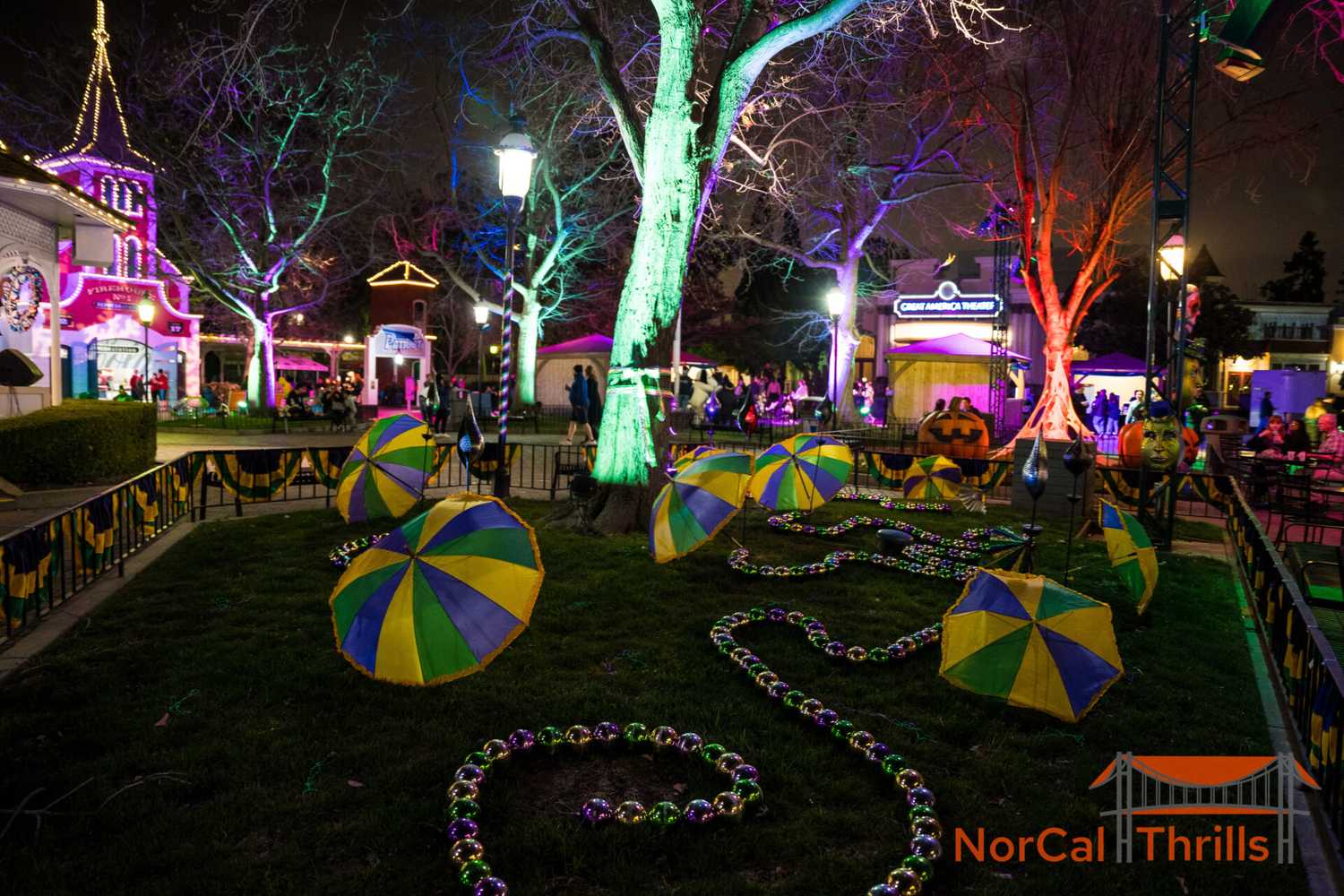 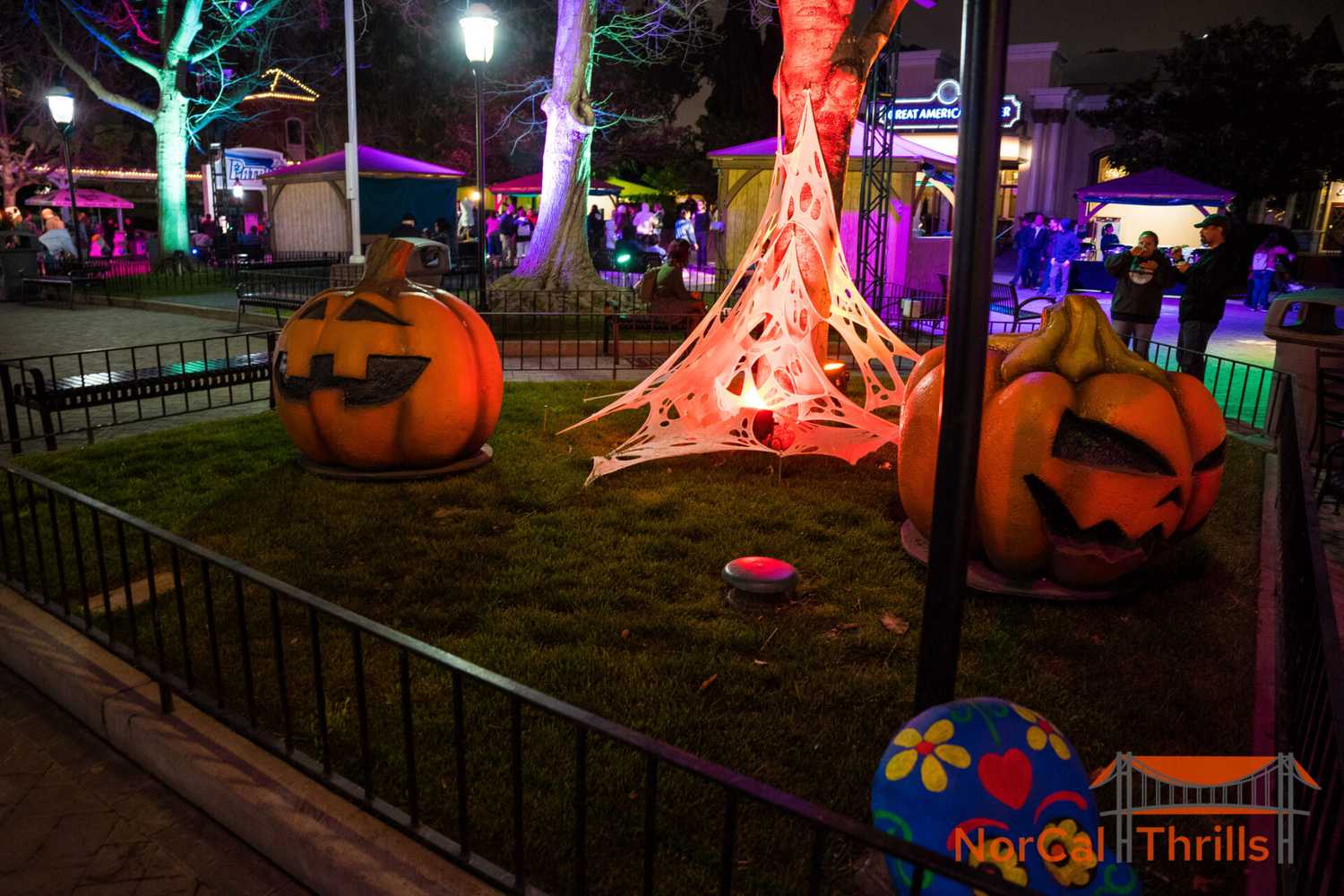 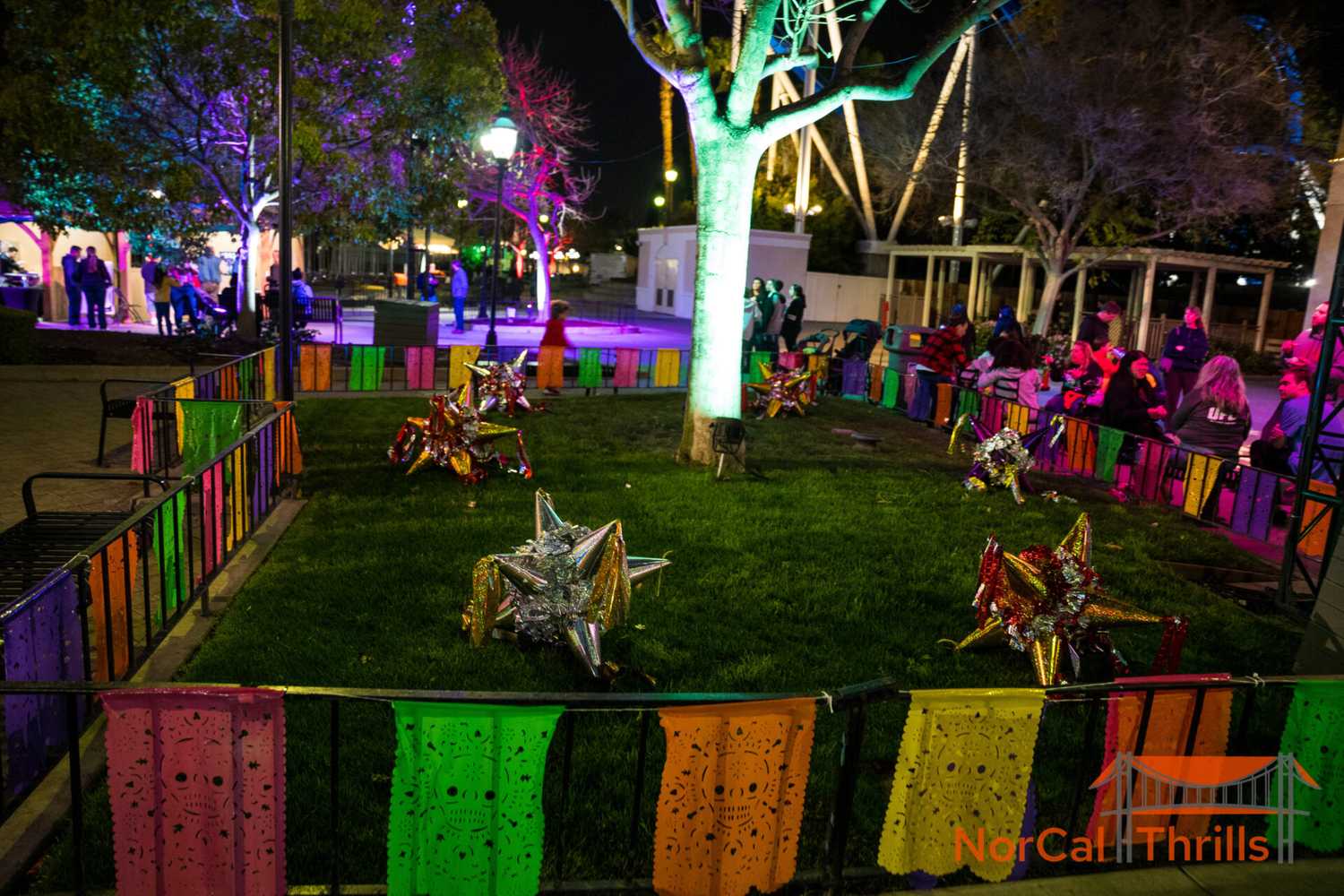 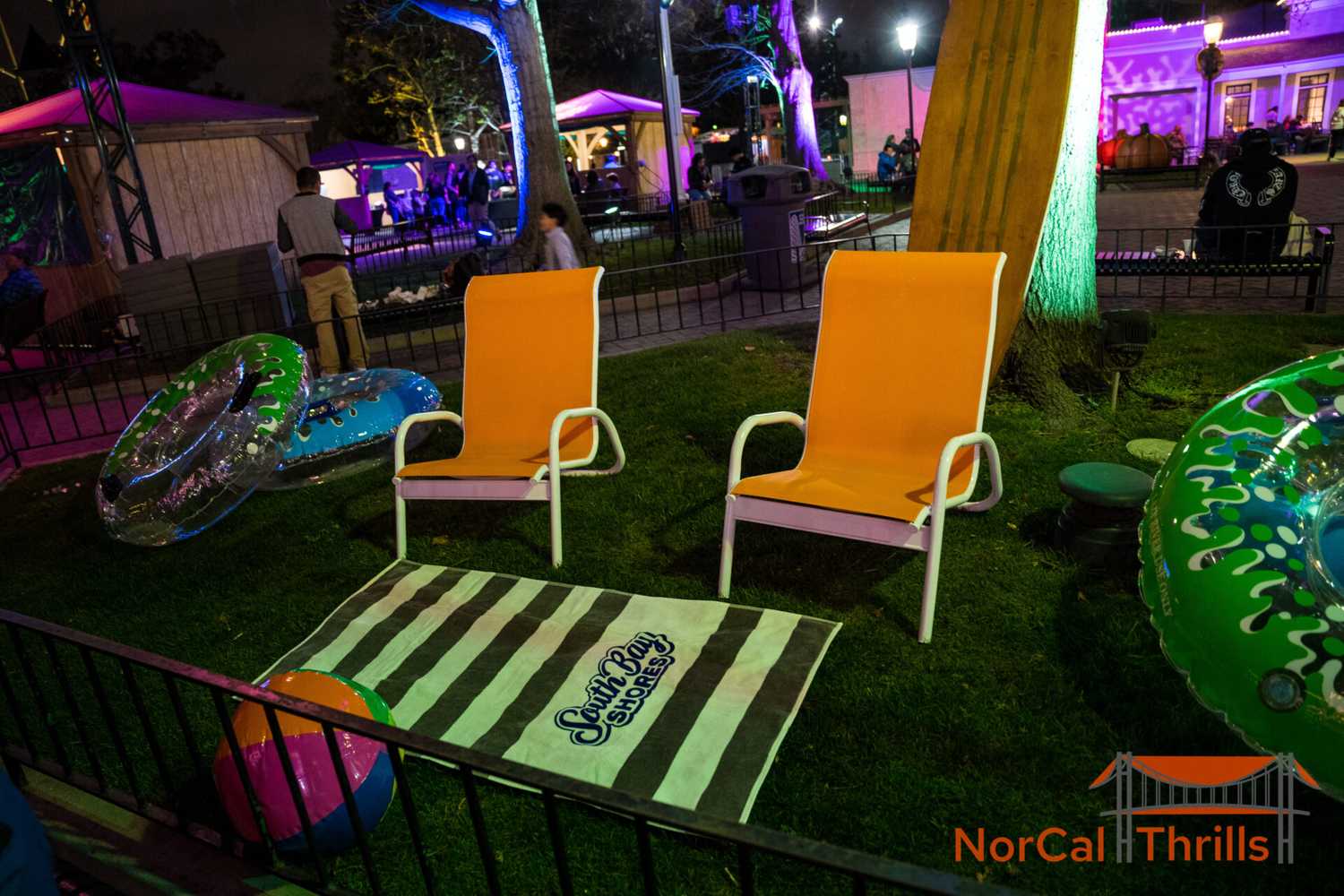 So that's it for our update. Big thanks to CGA for putting this on for us, what a fantastic event! There's so much to be excited for for CGA this year, I cannot wait until March 21st!