The Marine World Experience is Back!

A week or two, the Bay Area was able to emerge from its stay at home order since ICU capacity rose above 15%. Actually numbers throughout the area (and California in general) have been looking pretty good overall, giving hope to this writer that we might be seeing the beginning of the end finally. But in the meantime, we have the Marine World Experience again! And it was good to get back into the park, even if not a ton has changed since our last visit. But no matter, let's take a look at what has changed!

A quick aside before we start our normally scheduled update: I decided to start making video updates in addition to the normal written updates. Bear with me, I'm still learning how to edit and what plays on YT but here's the first one!

The biggest news since my last visit is the addition of walruses! SFDK is not only getting back Uquq, a female walrus, who according to the keeper at the exhibit is one of the oldest walruses in captivity, but also getting Pakak, a male walrus. There are only 14 walruses in captivity in the US so it's pretty cool that two of them are here! 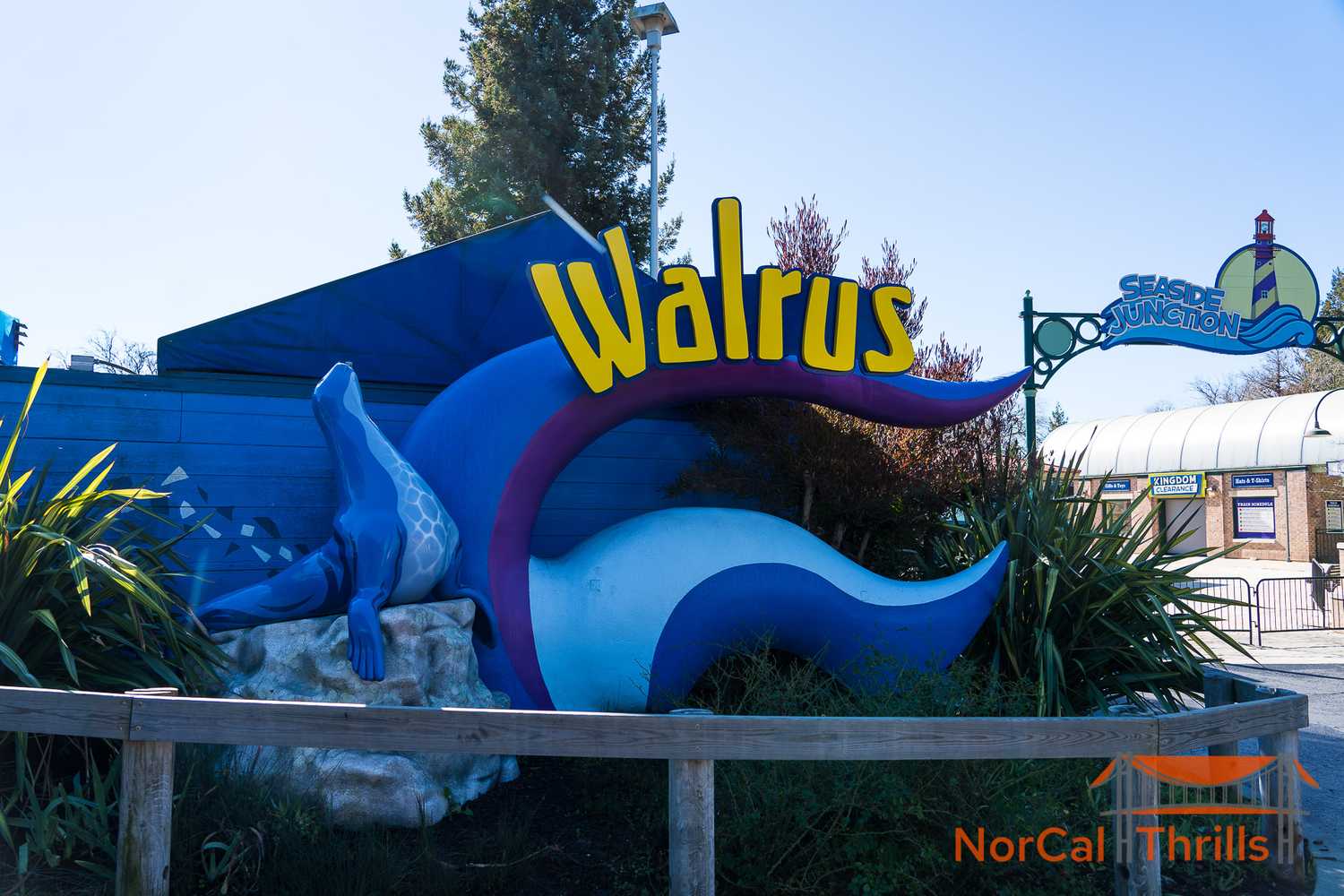 The new sign for the exhibit. It was formerly used to hold some sea lions. 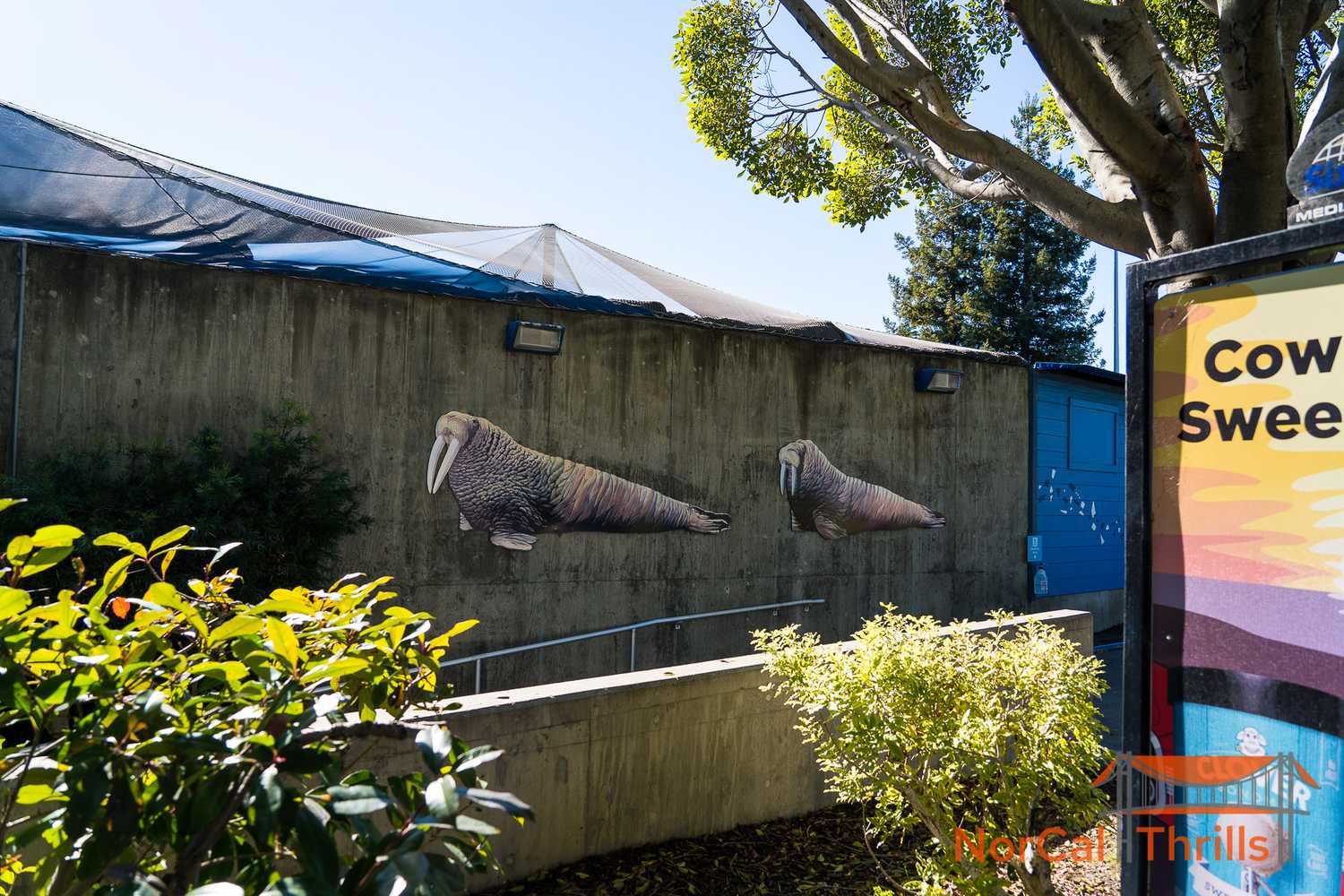 The stickers on the wall make it clear what you're here for! 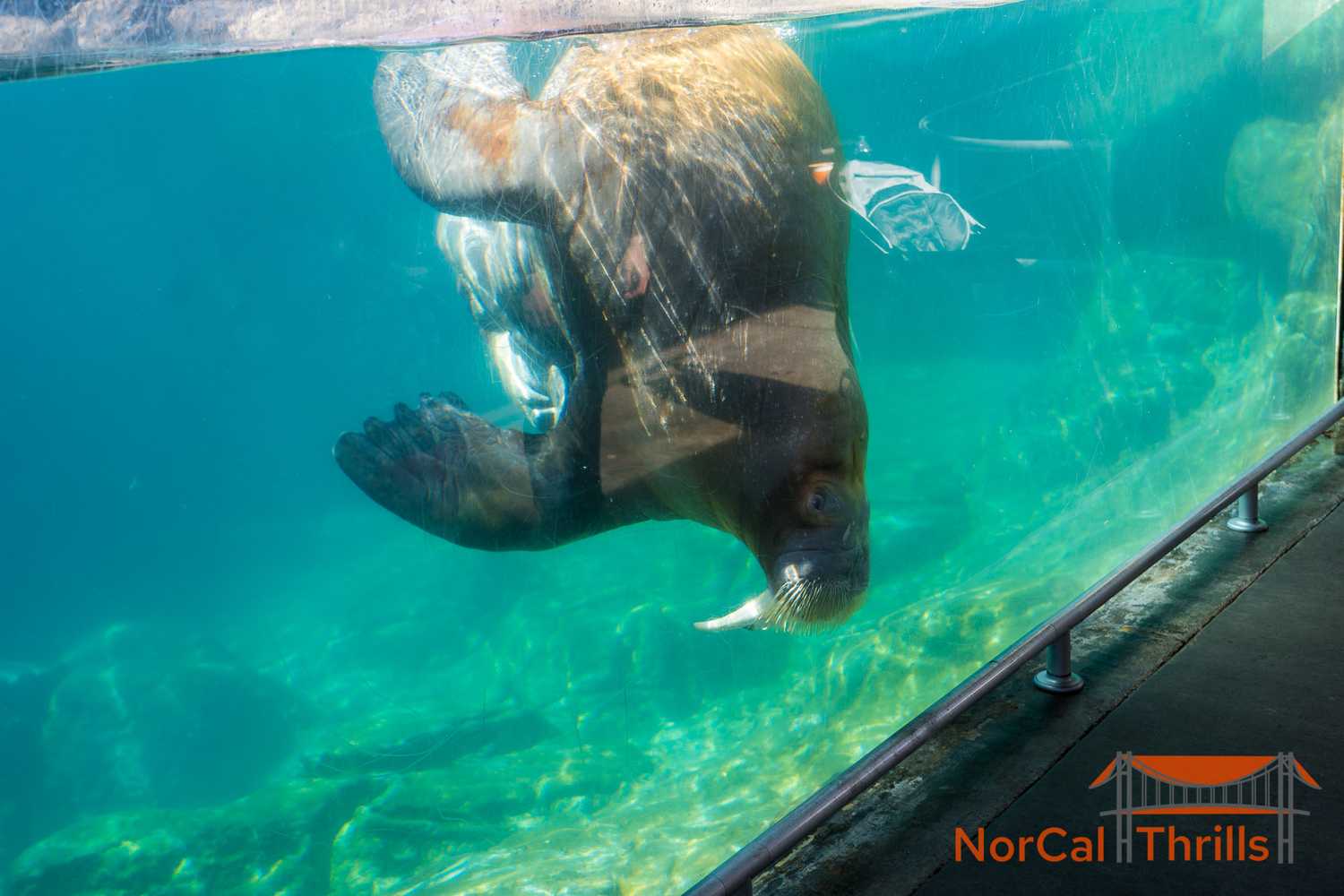 Uquq actually used to call SFDK home before being moved to Sea World San Diego to be part of a breeding program. 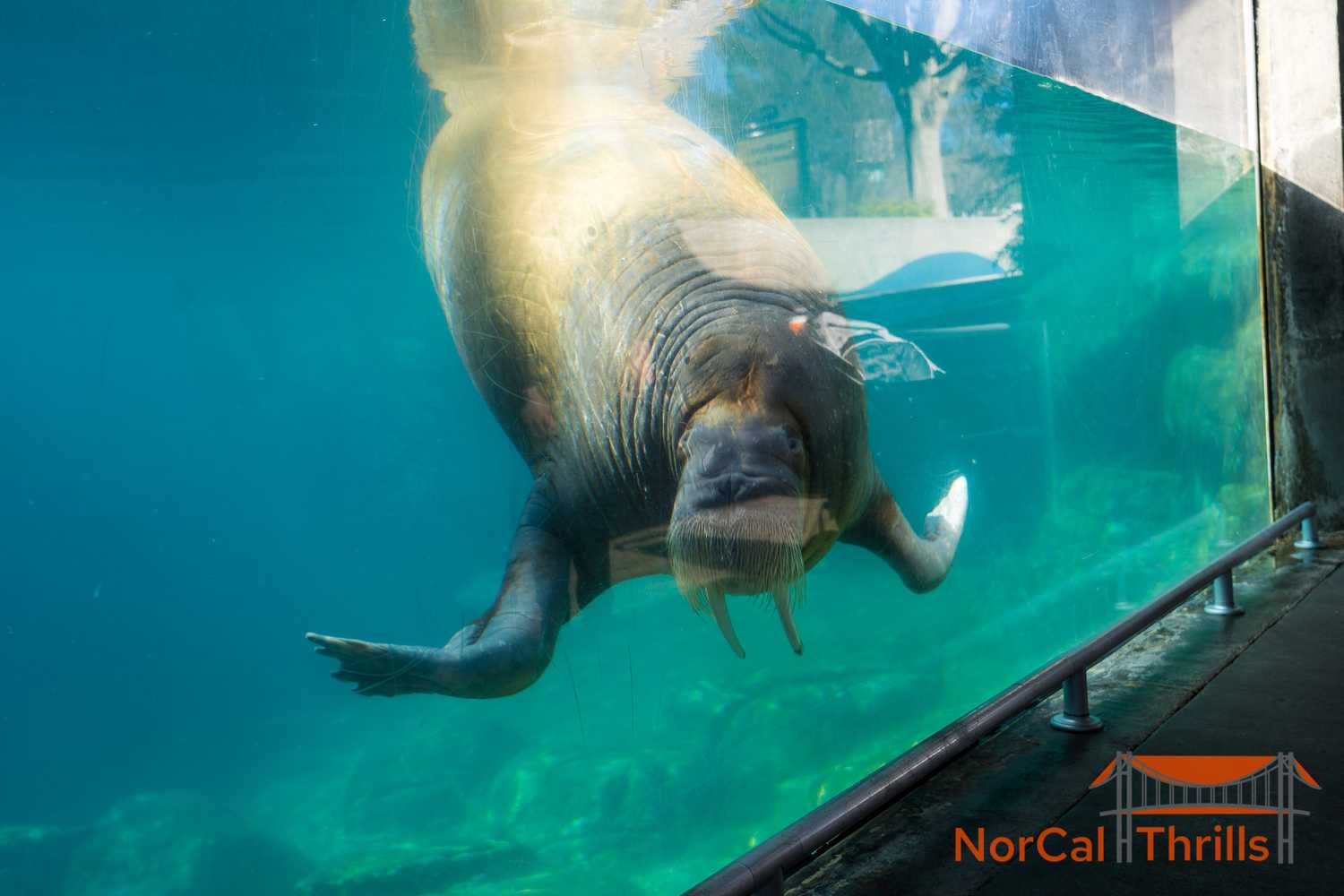 It is really cool seeing just how massive these 1700+ lb animals are! 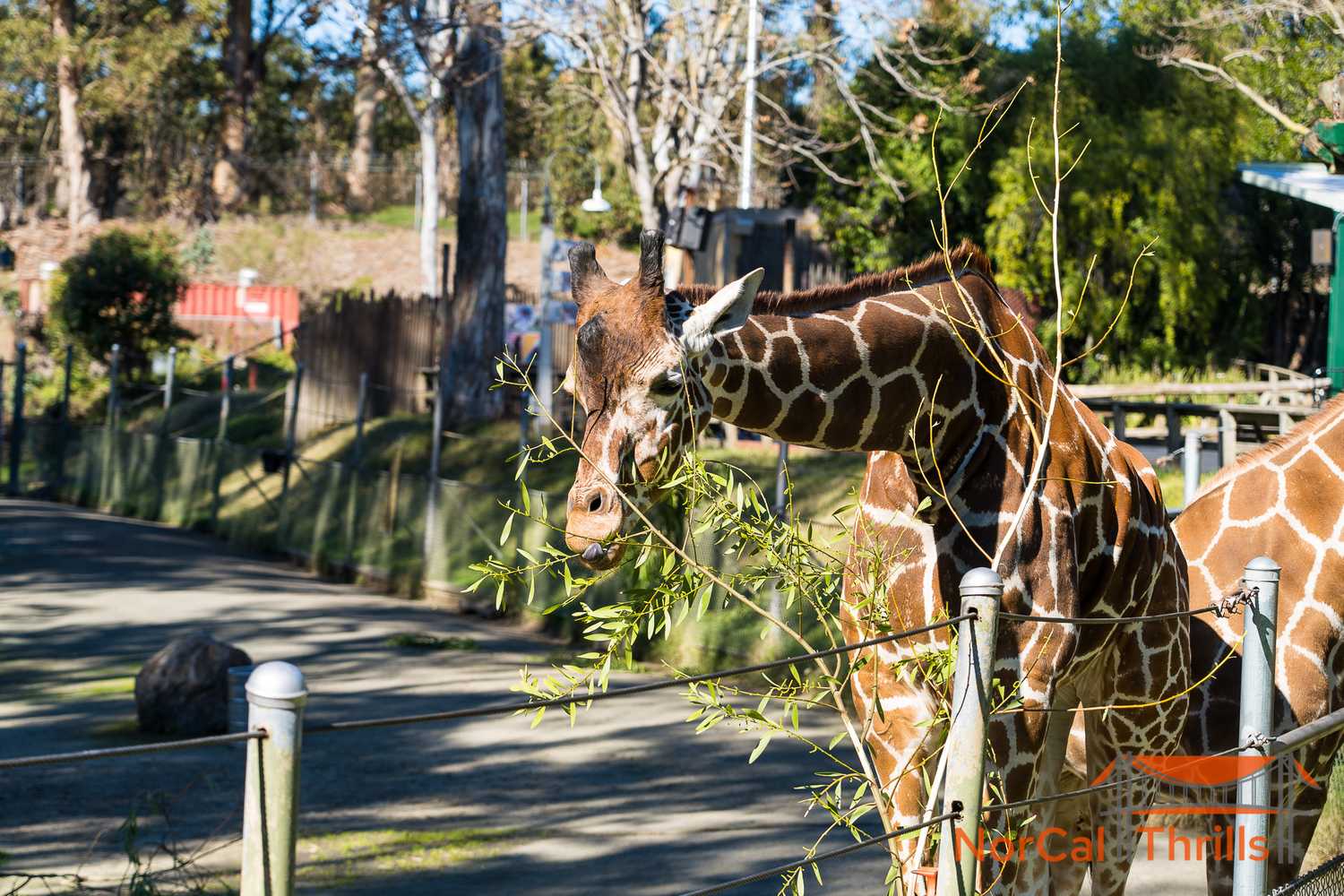 As expected, the giraffes were out and about. 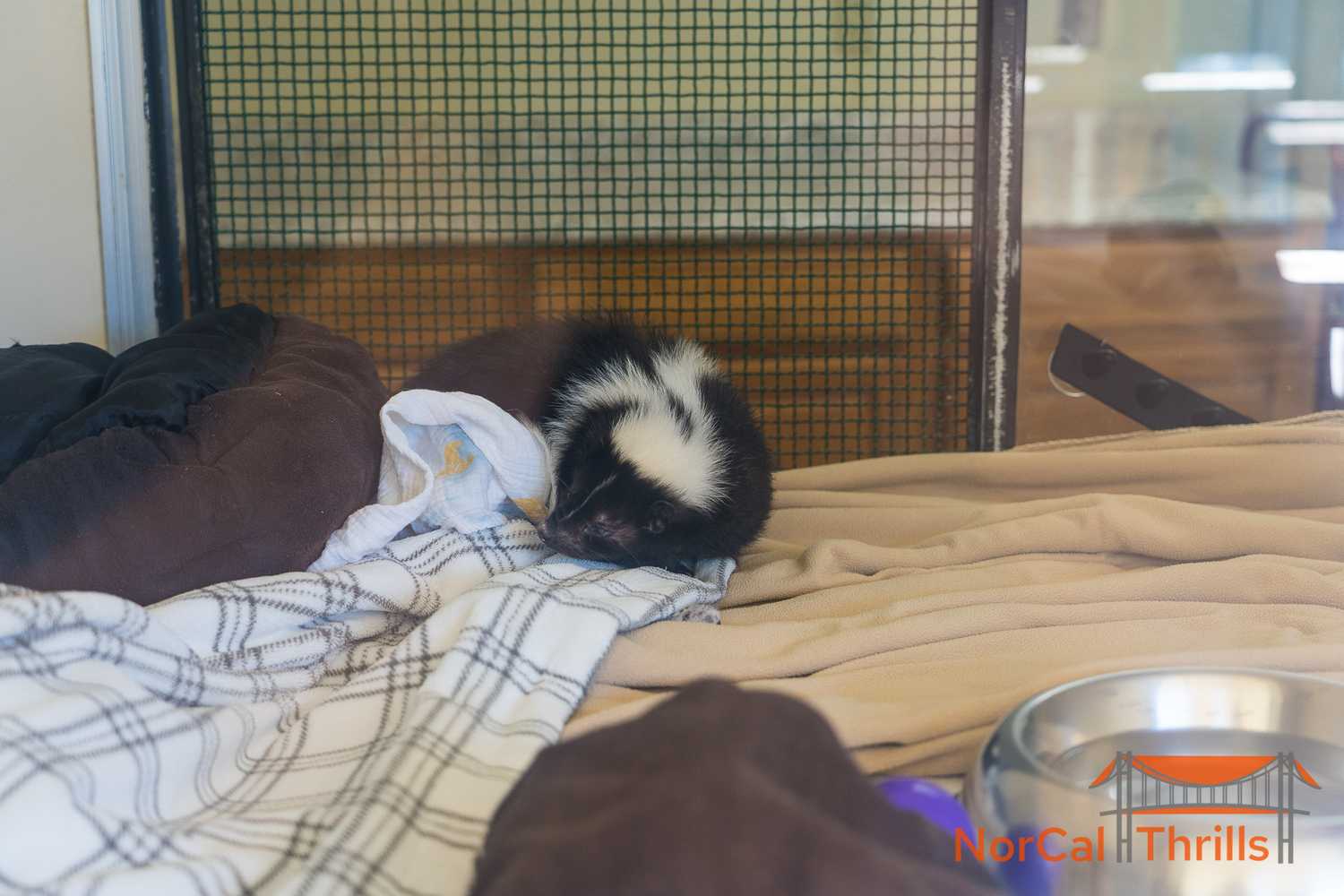 This cute little guy was being put back into his home when I walked by. 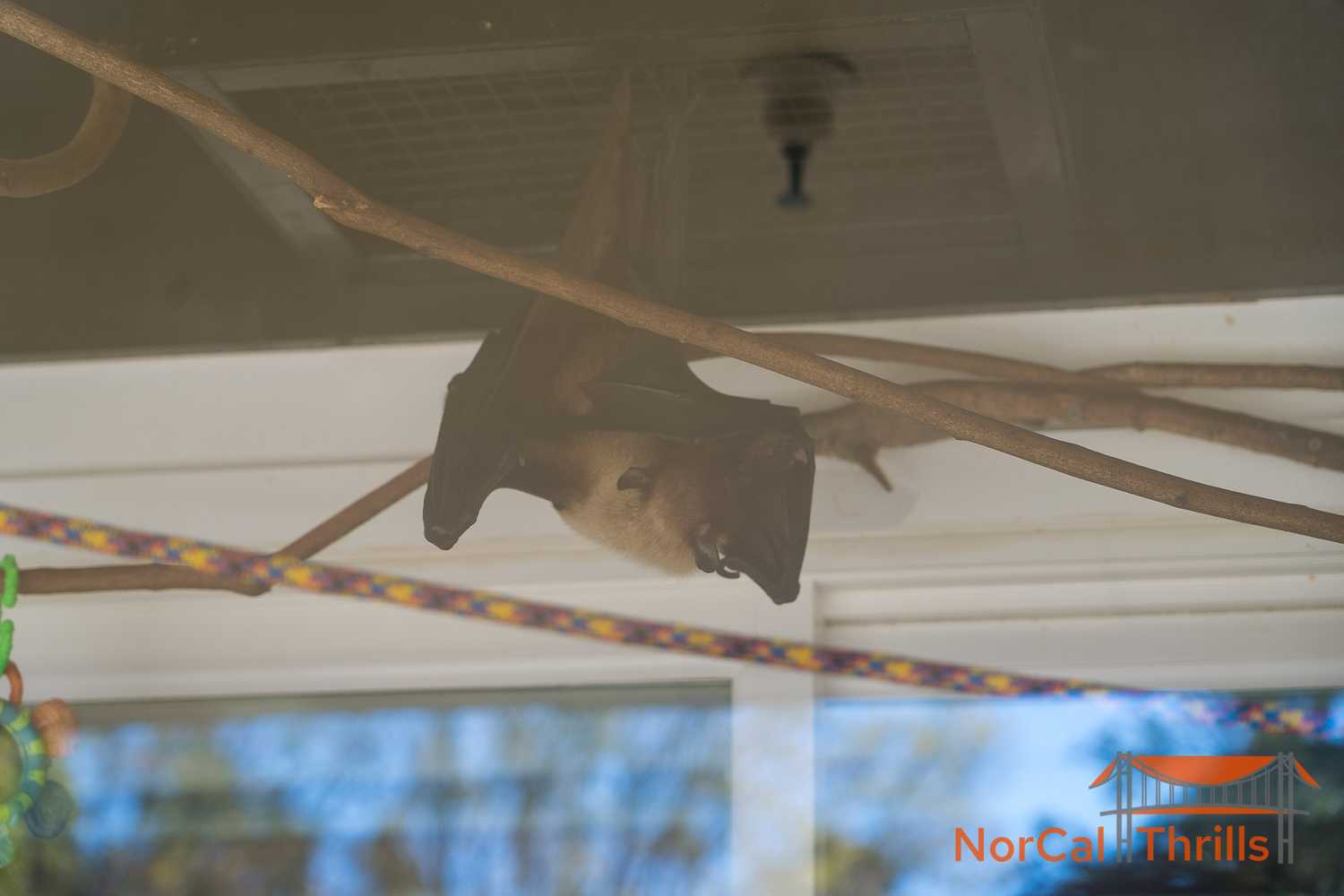 I could sit and watch the bats at SFDK all day. 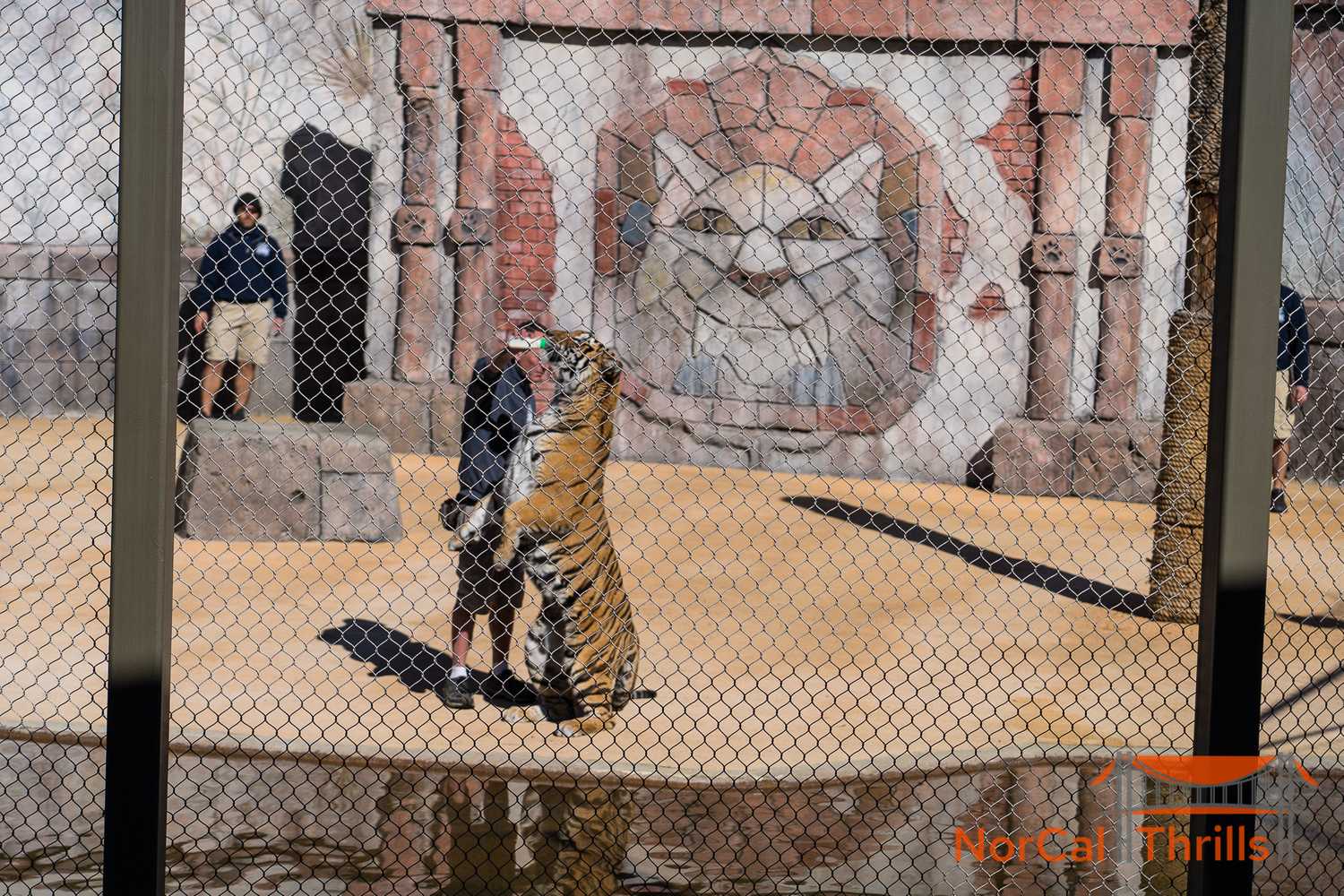 I hadn't seen Temple of the Tiger in a while since it wasn't playing when I went for Holiday in the Park, so I figured I'd give it a watch today. 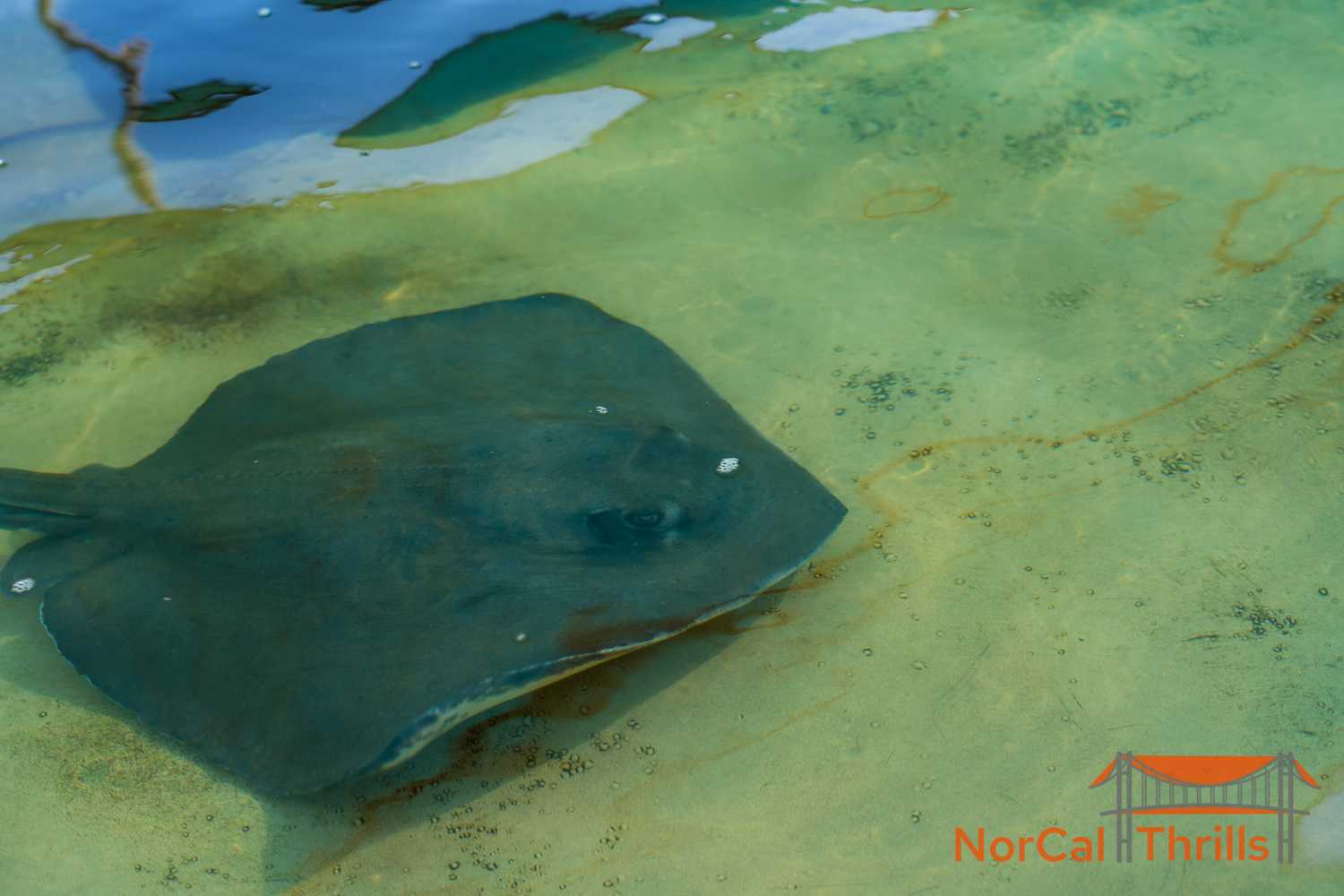 Stingrays always have fascinated me, just how they can propel themselves through the water with their wings. 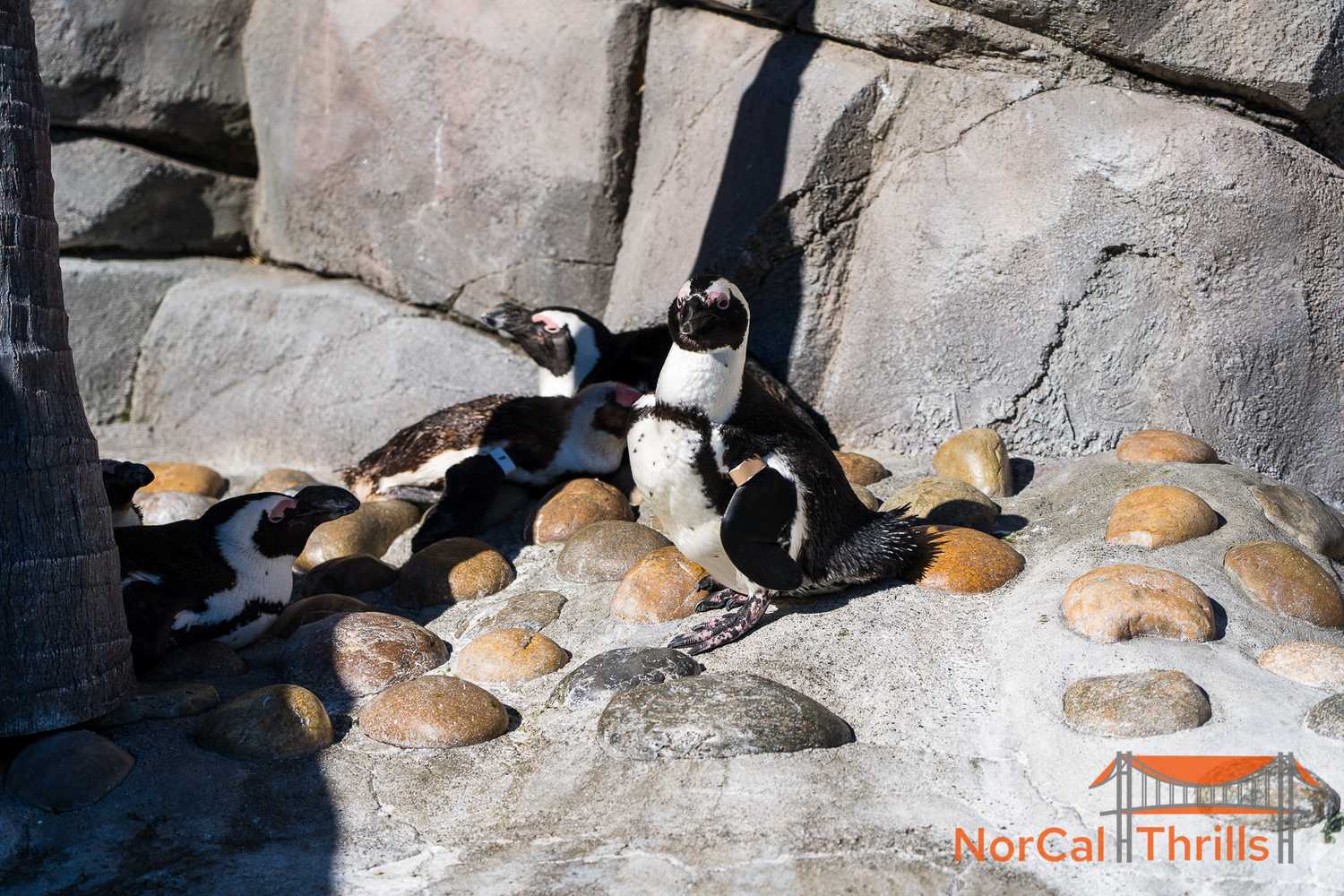 To wrap up our animal pictures, have a shot of the little penguins!

Another quick Sidewinder Safari update: nothing really has happened. Funny enough, I did hear my first mention of it in the park since last year when they were playing the 2020 Six Flags announcement video while I was eating lunch. I'll keep checking until we get confirmation one way or another! 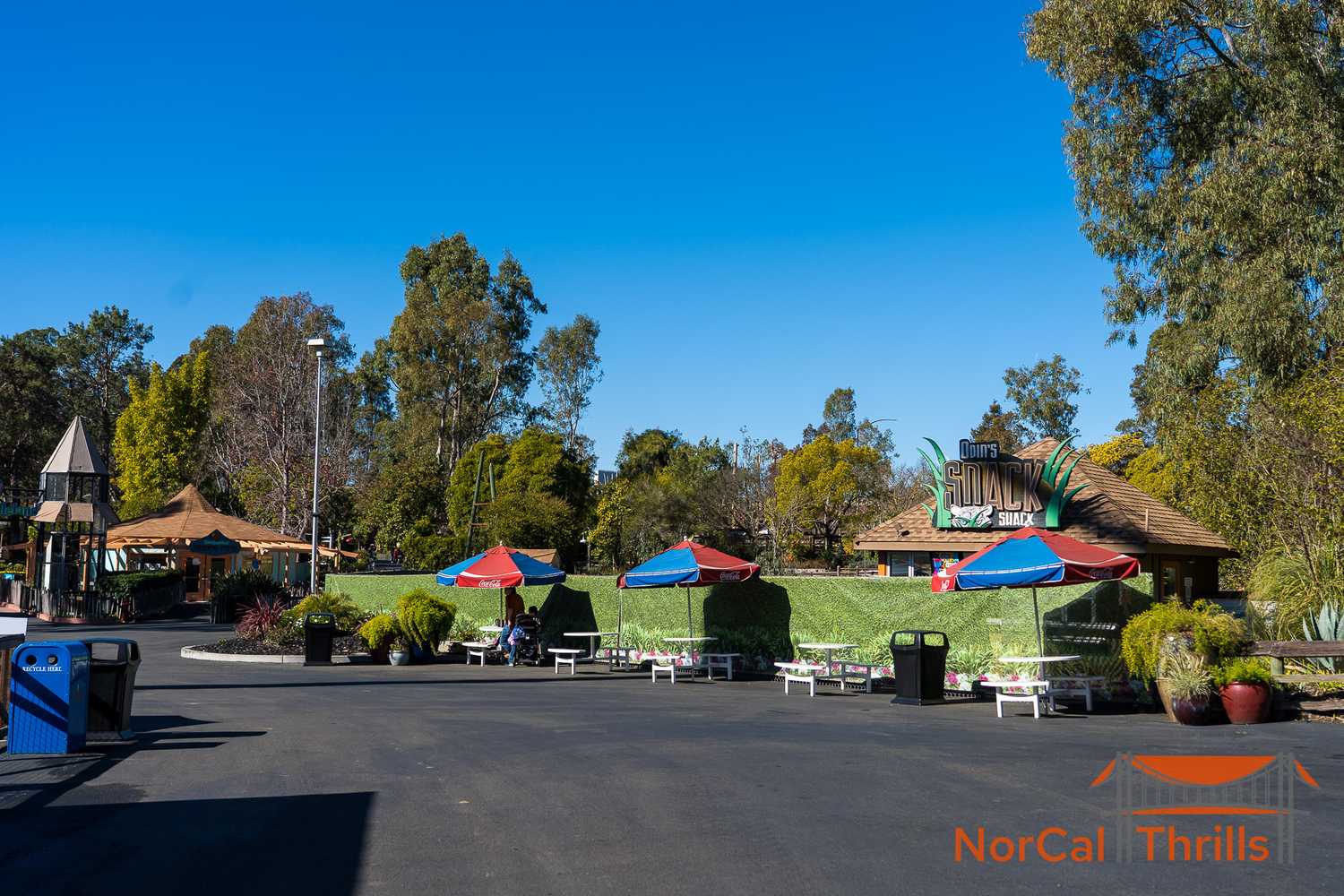 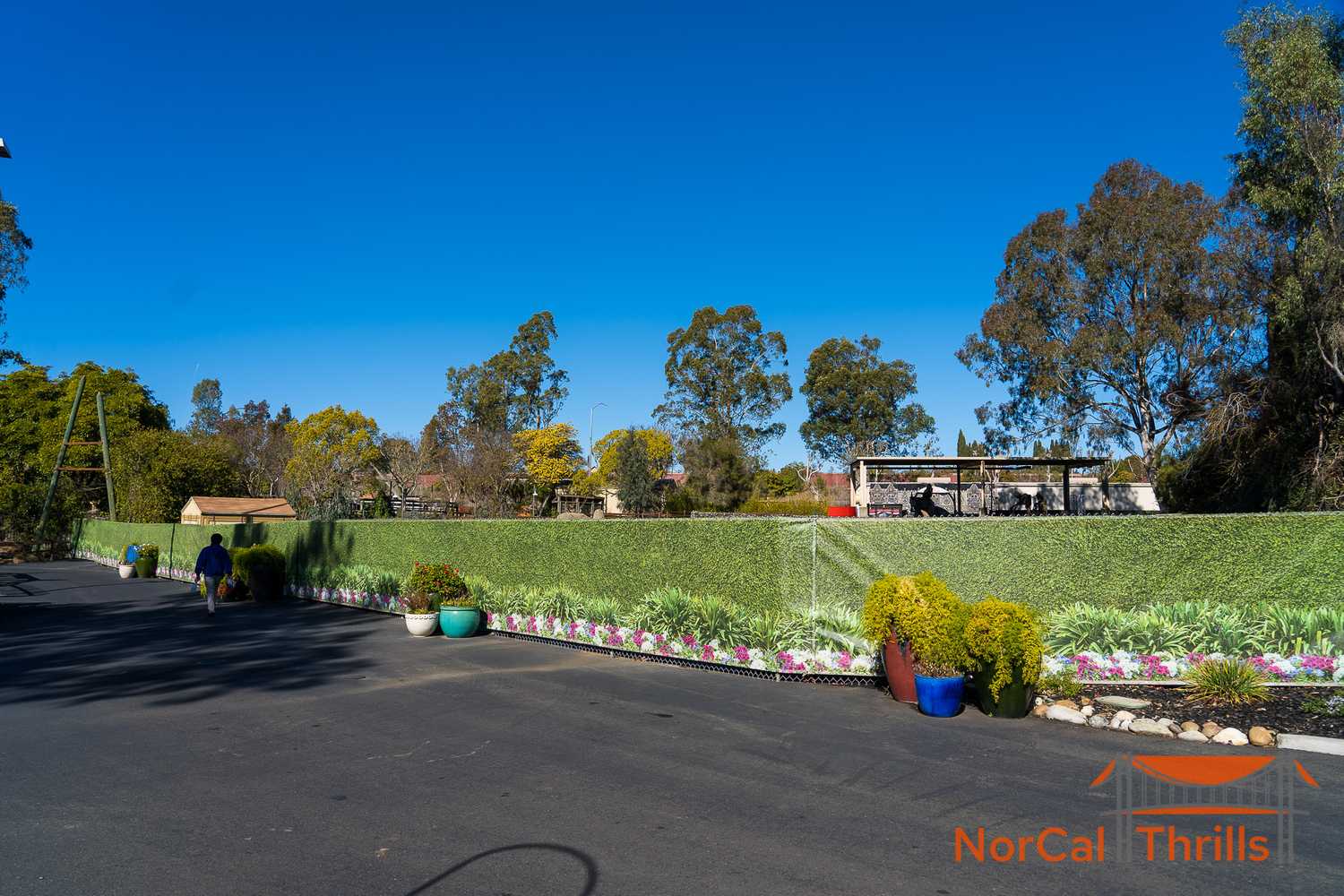 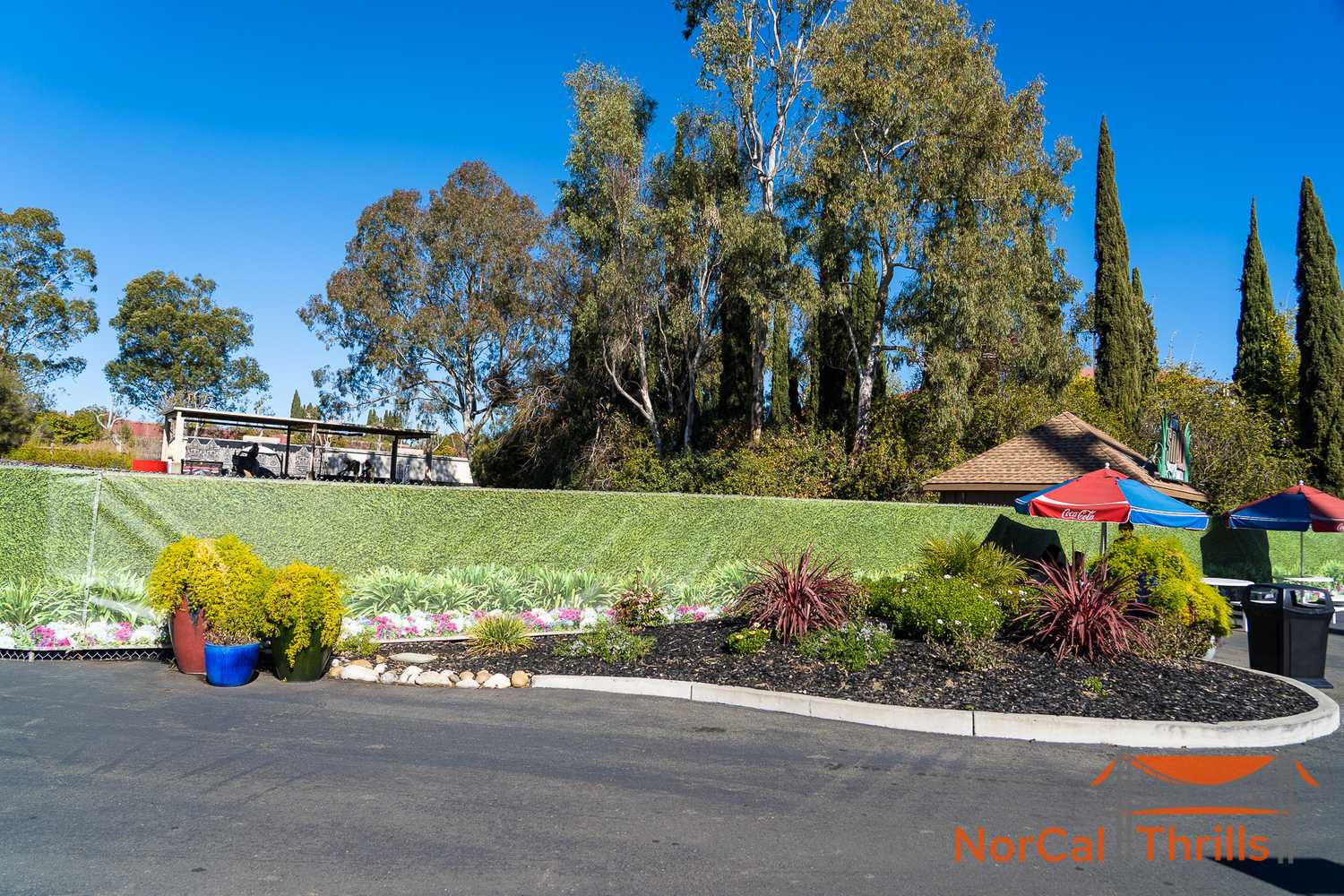 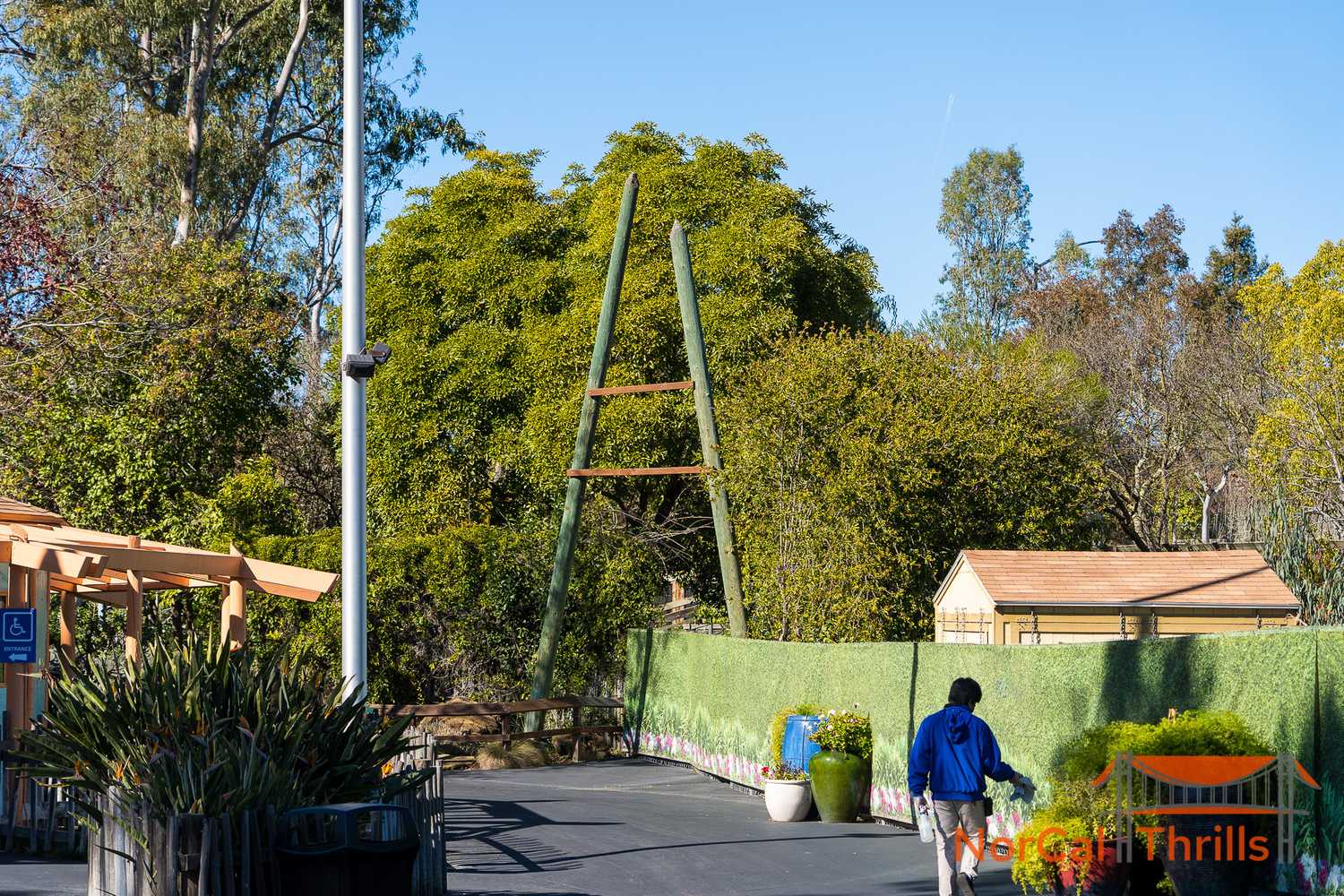 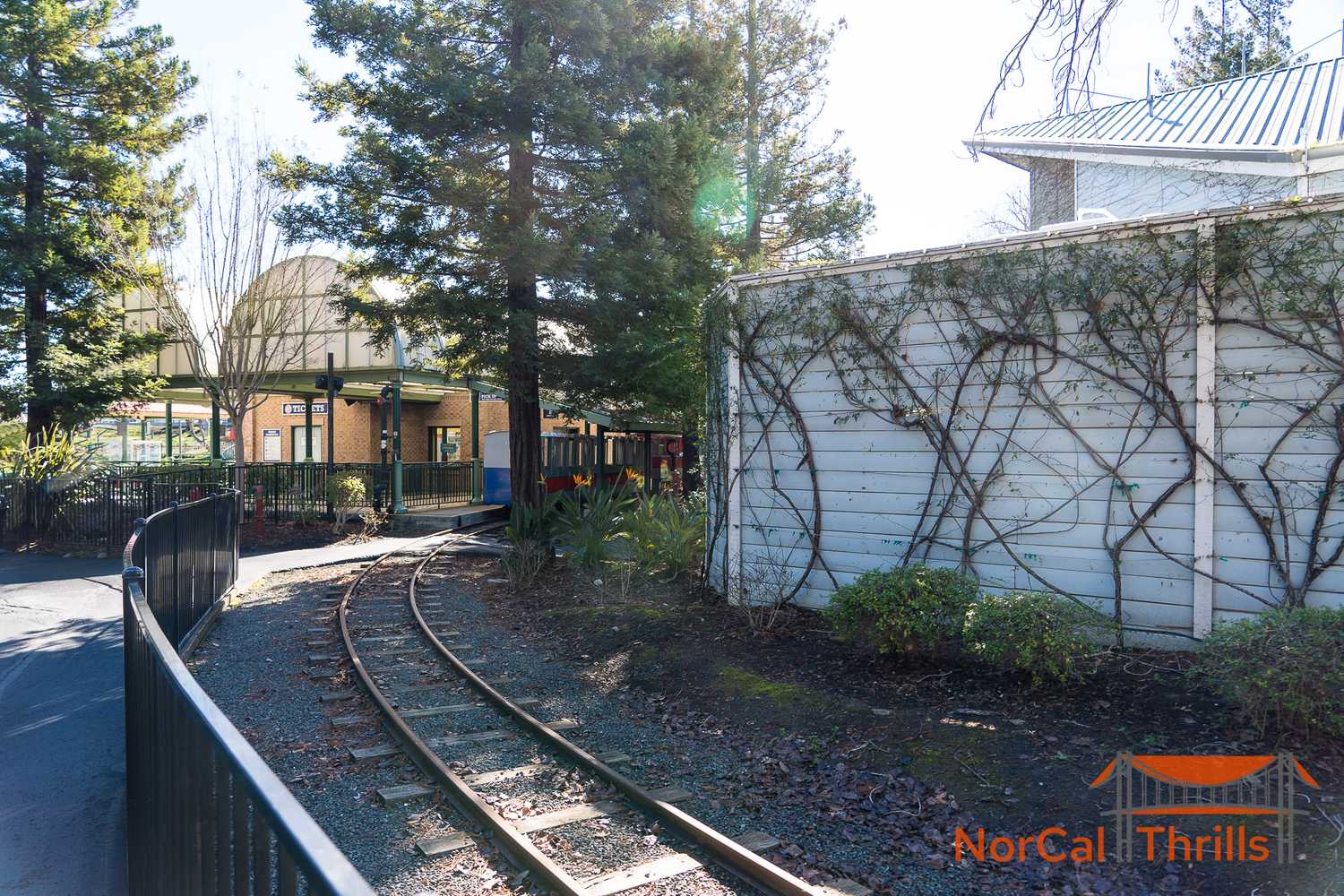 The train that had some lights on it was put back into its station.

And no more spring break DJs or lights here. 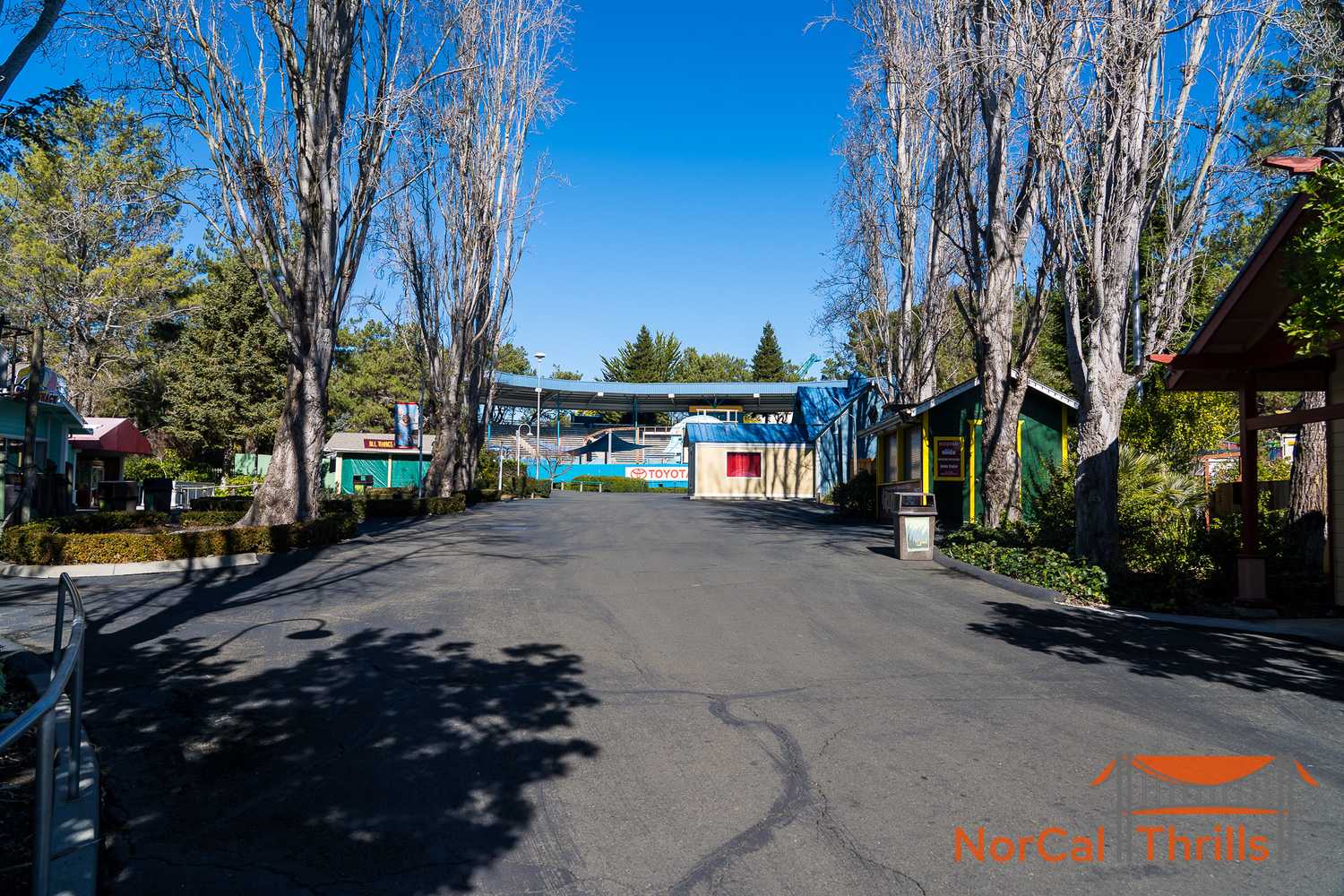 The plaza behind Toyota Stadium is all clear too. 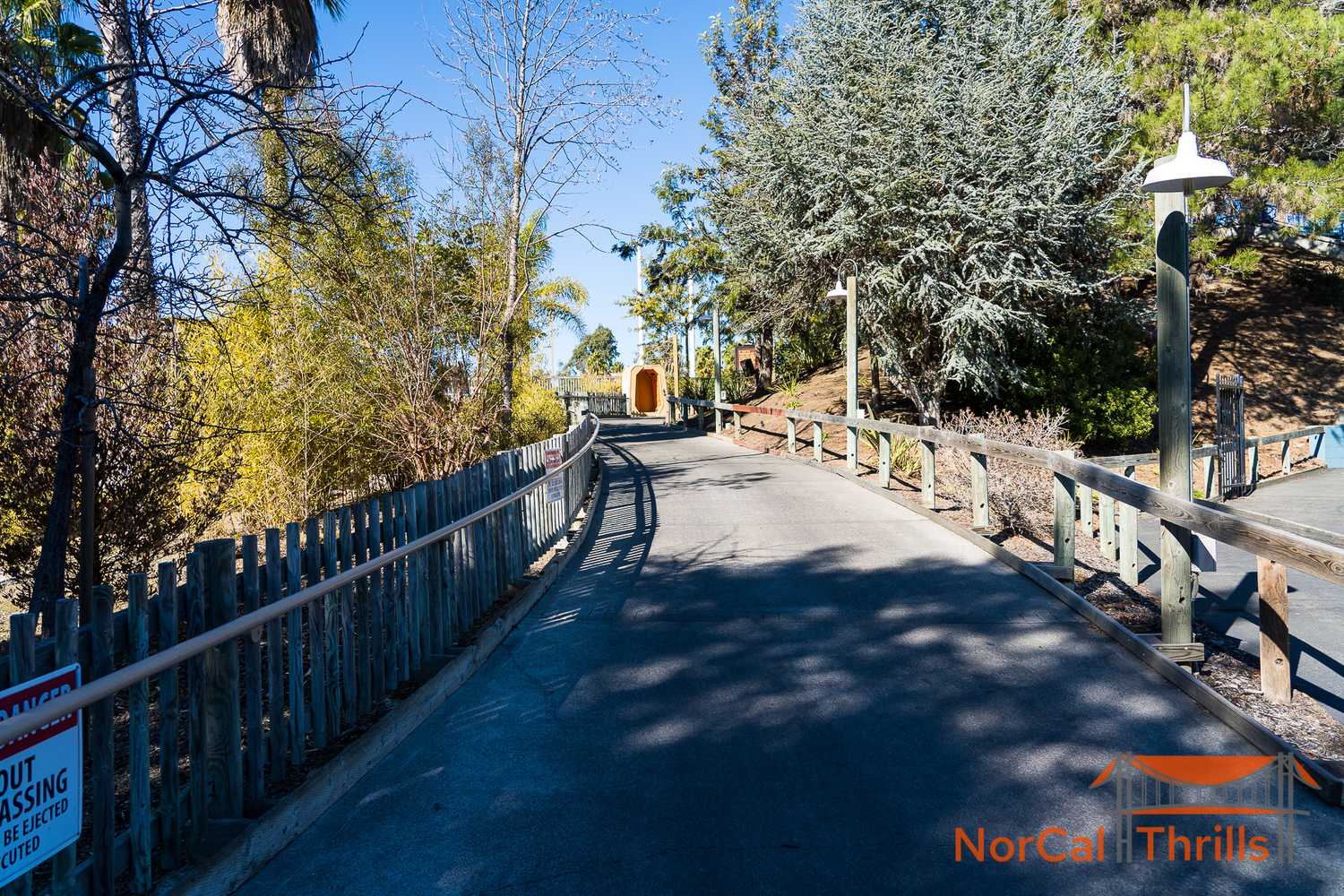 The hardest part of the drive is also no longer "snowy" or full of lights. 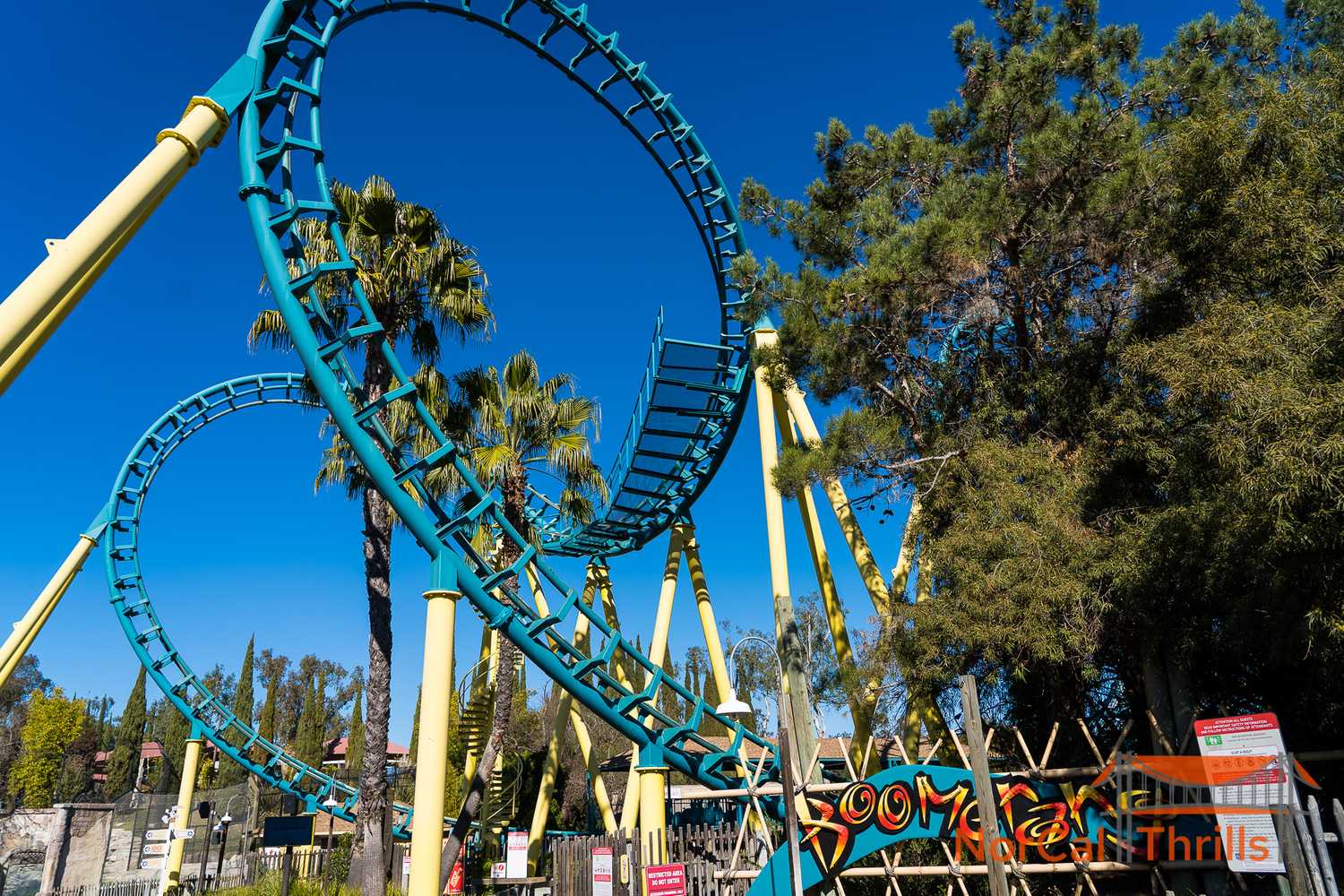 As far as I'm concerned, they could've left the lights in Boomerang if it's not going to run. 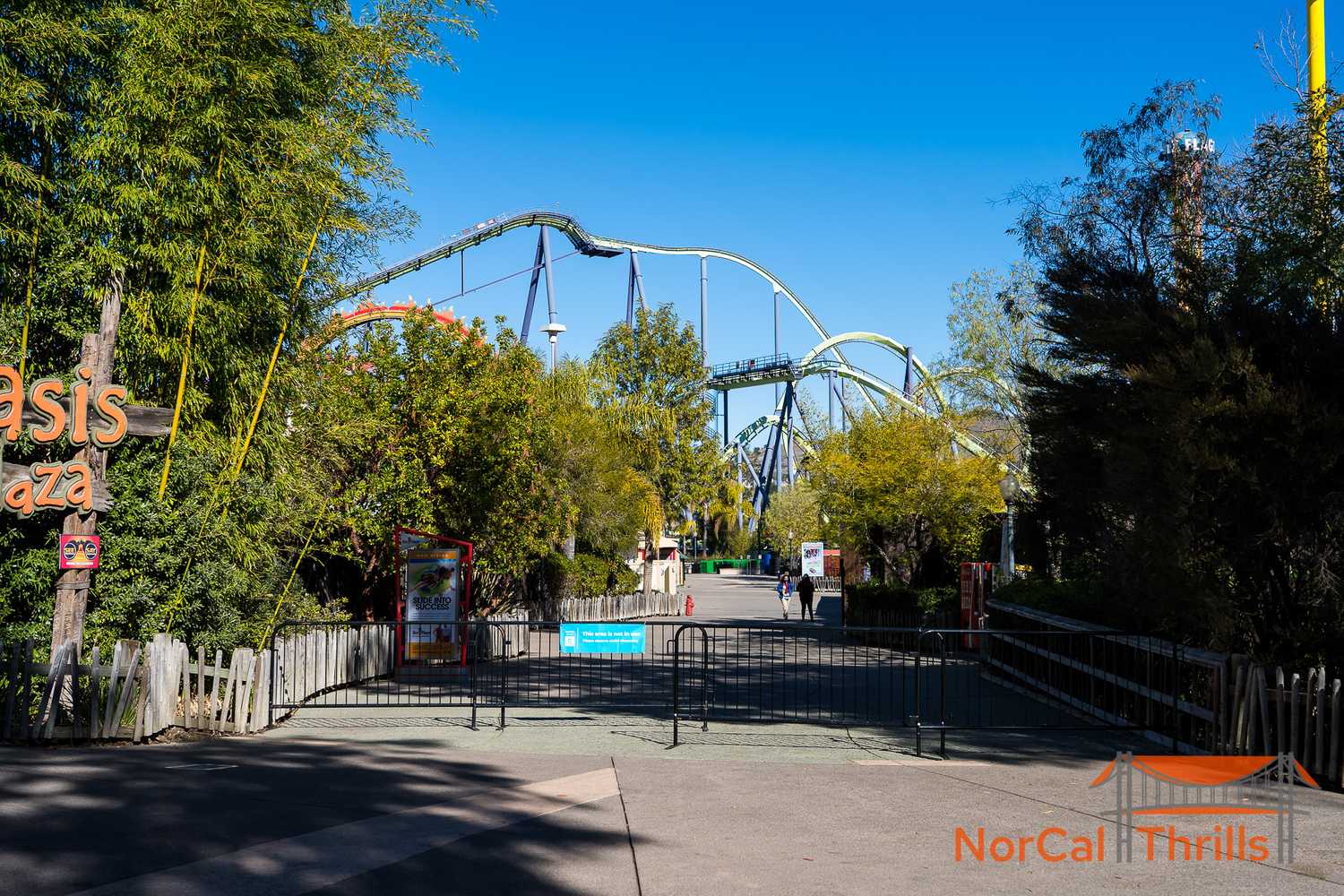 Medusa's plaza is no longer full of life sized toys. 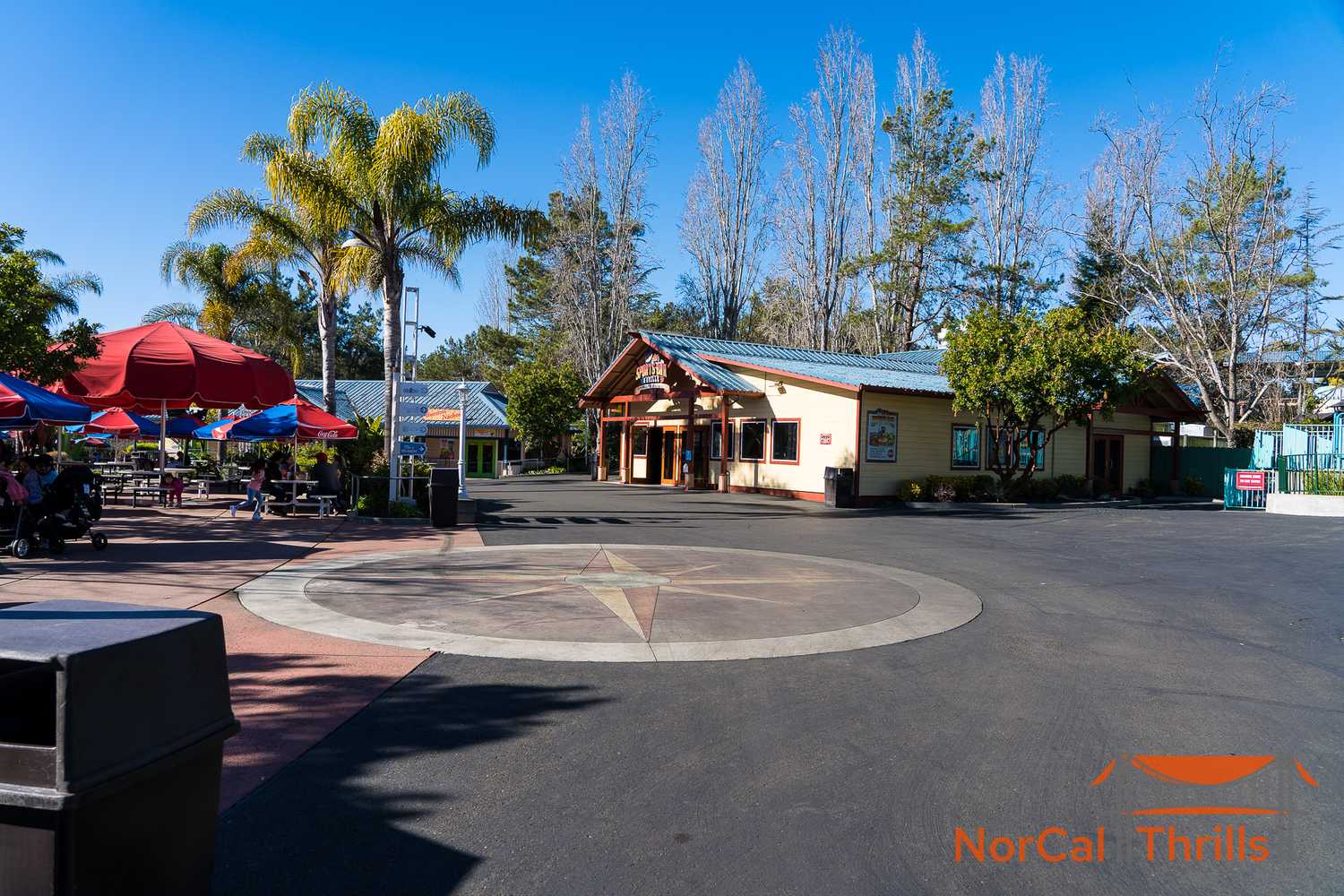 And the food court no longer has the big tree up or even the hand sanitization stations that were there before the holidays. 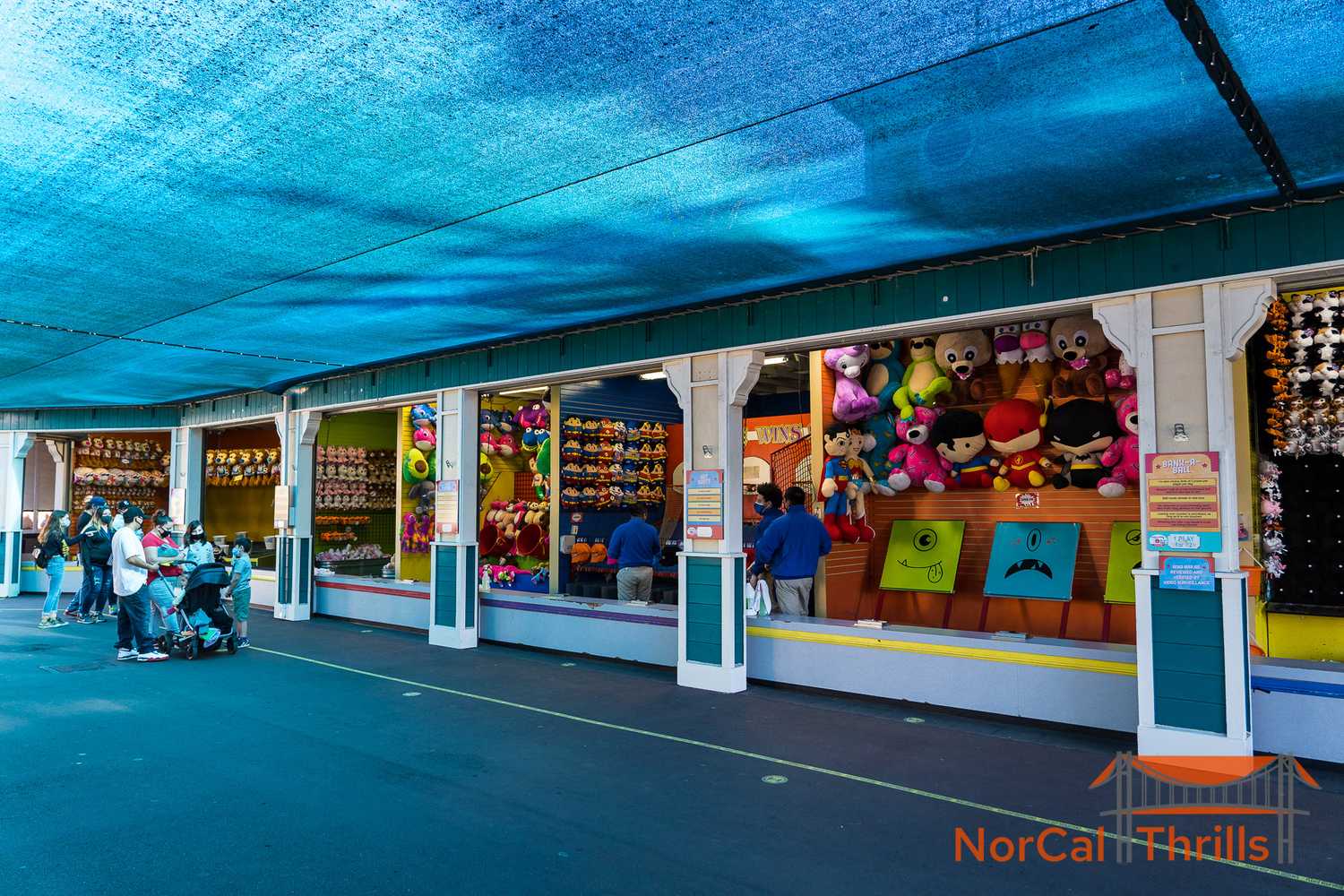 The games are no longer holiday themed ones. 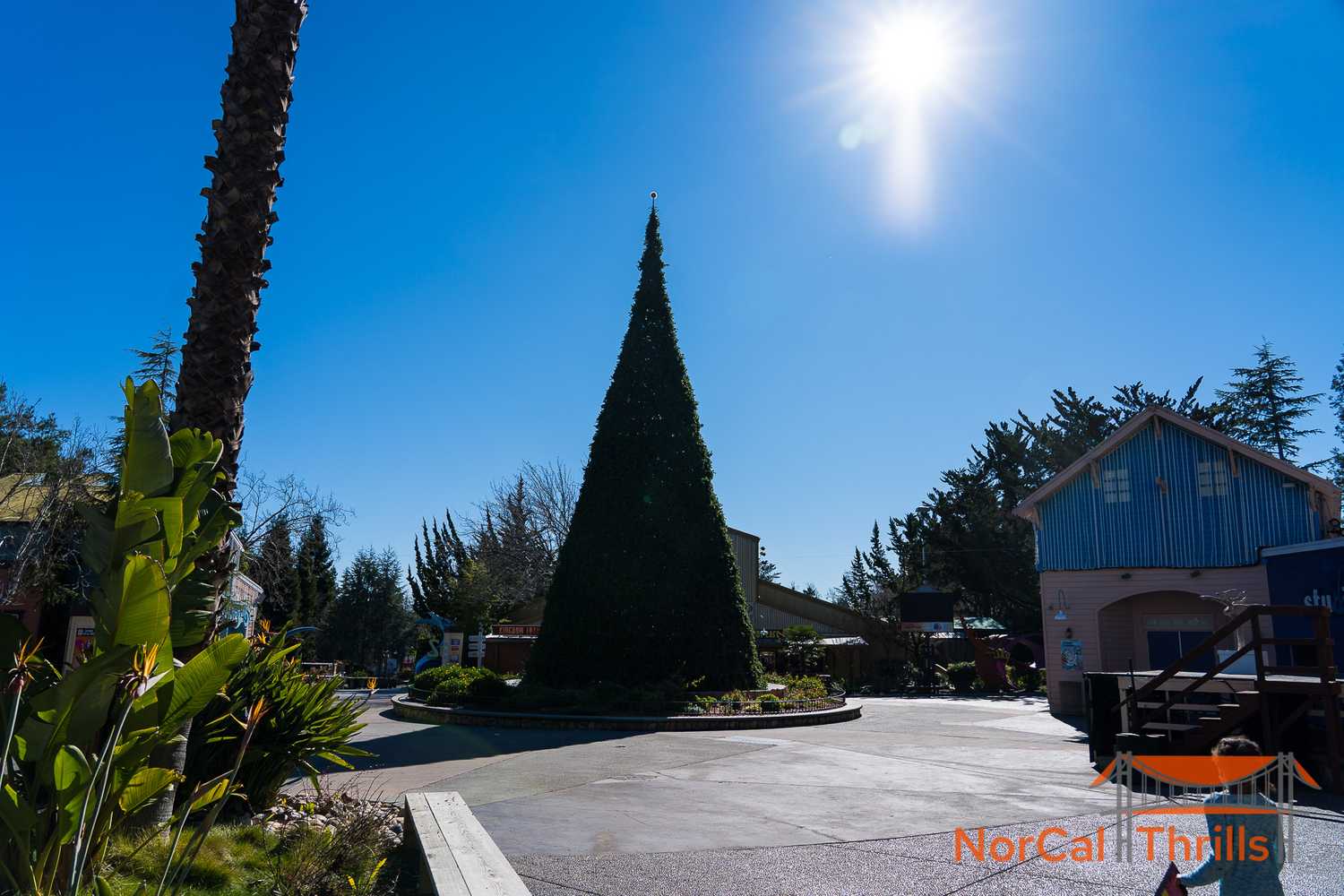 But the entrance plaza of the park still has the tree up and lights on the buildings. 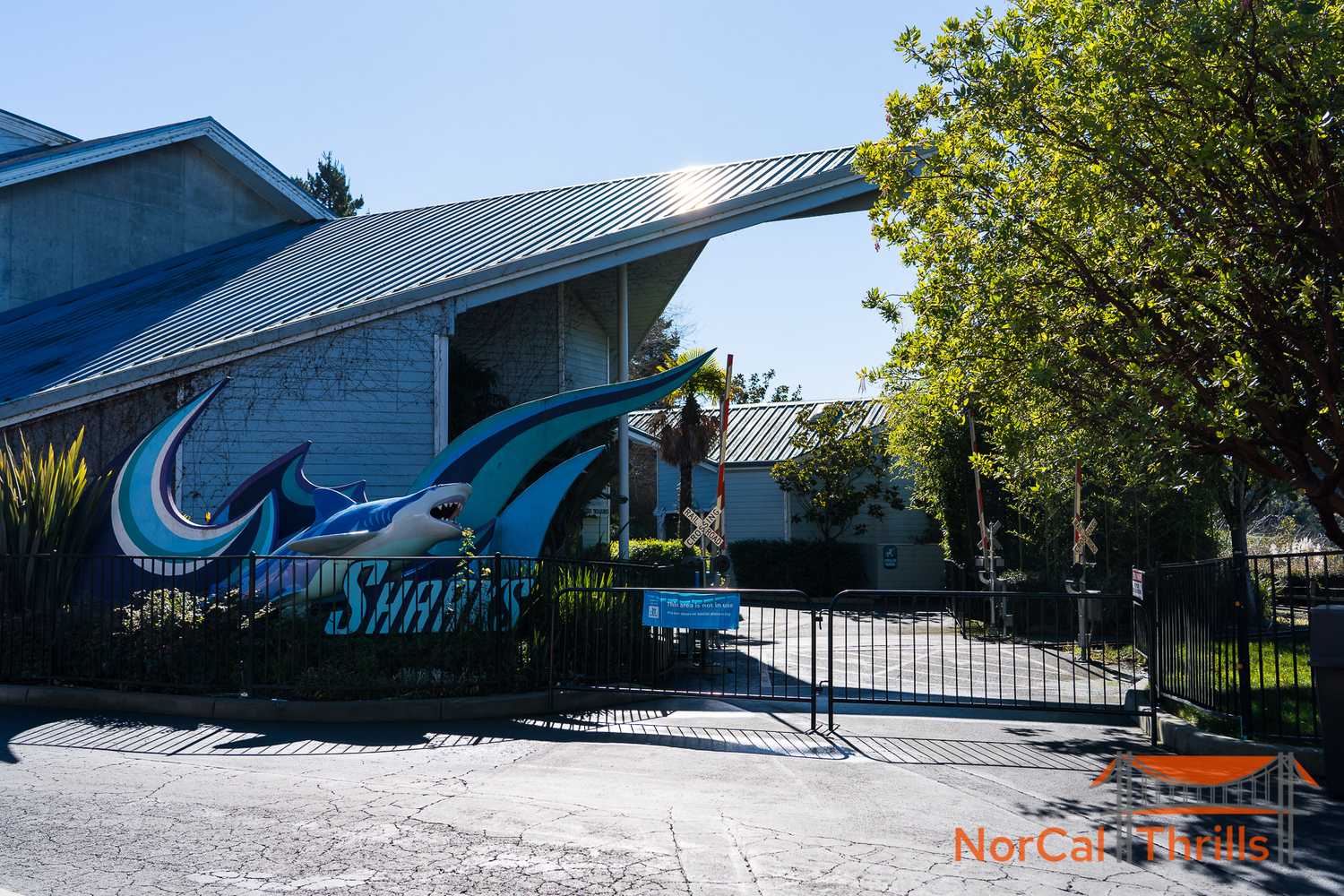 As to be expected when the county is in the purple tier, the aquarium is closed. 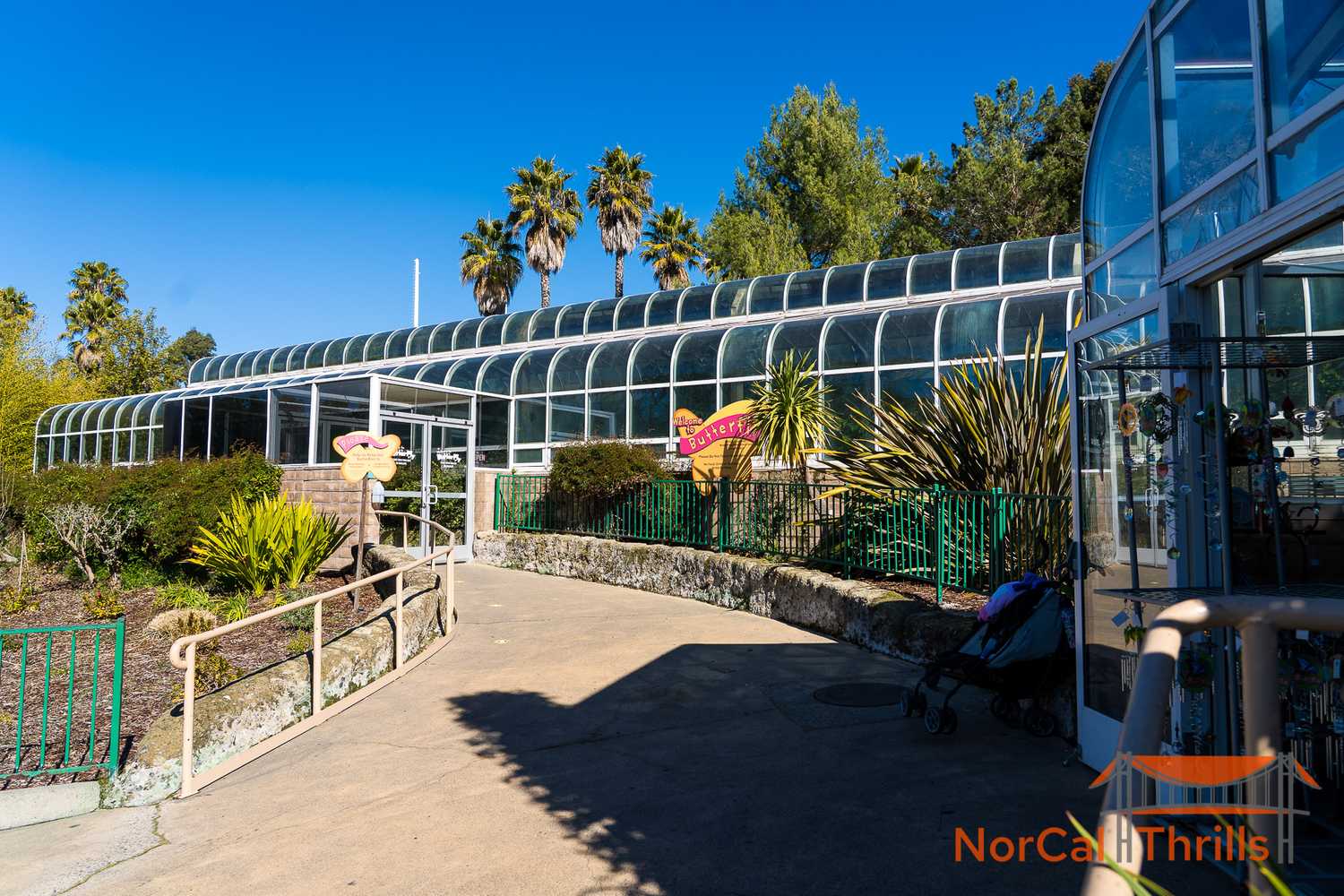 But the indoor butterfly exhibit is open, which I've never really understood. Does being a greenhouse make a difference? 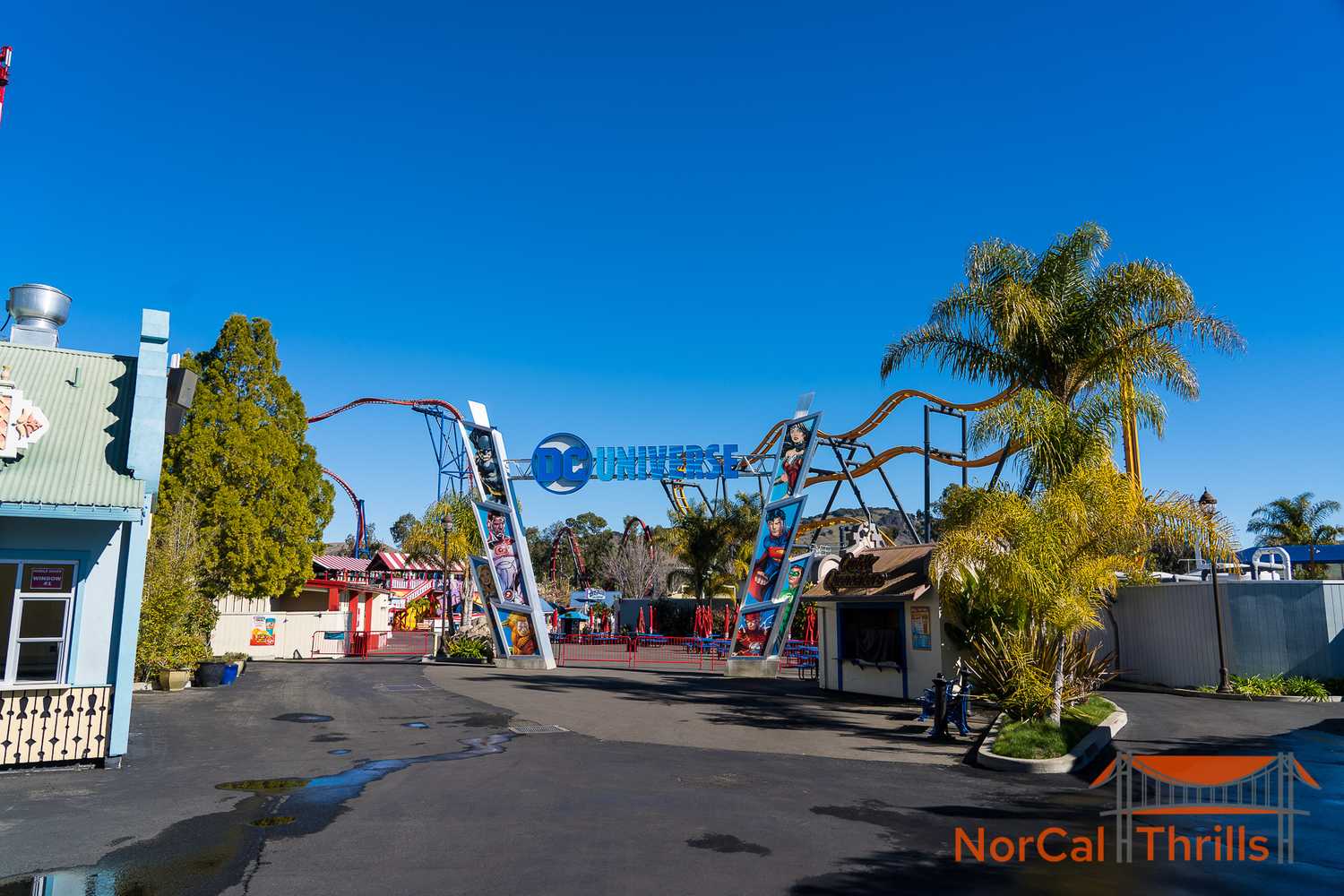 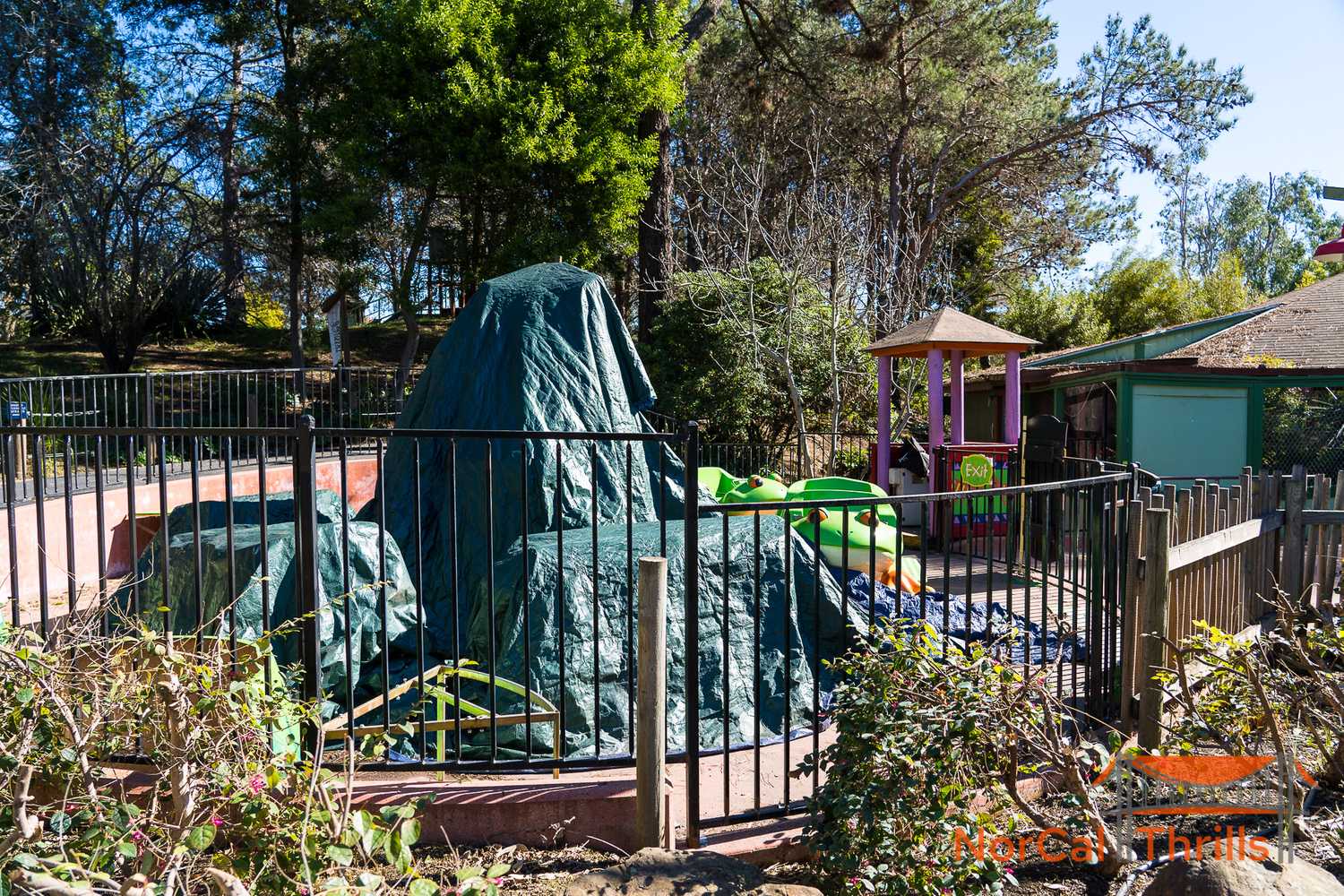 Some rides in Tava's Jungleland sit under a tarp. I'd have to assume ti's to protect them from the rain we got last week. 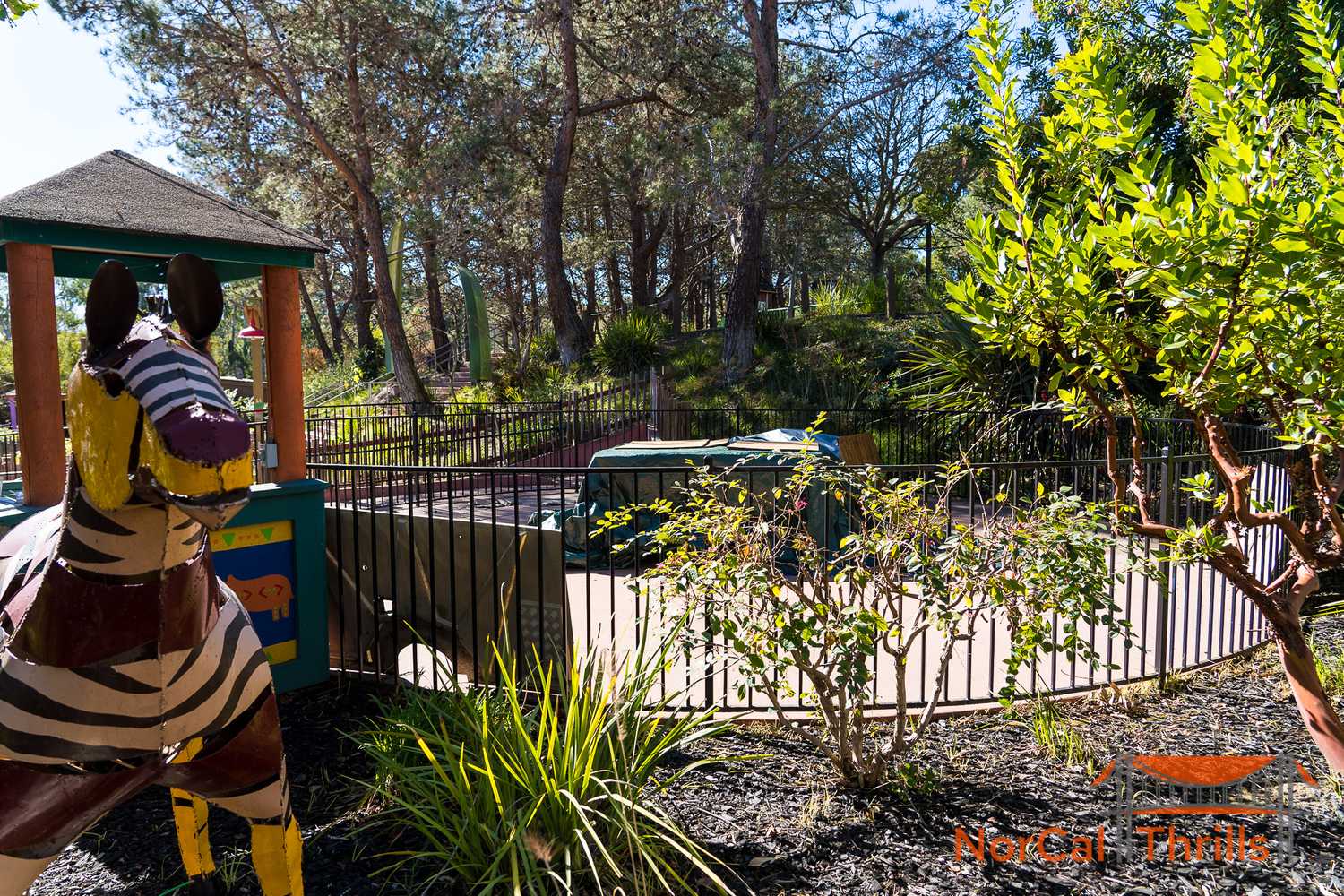 Whereas other rides in the area are completely taken apart. 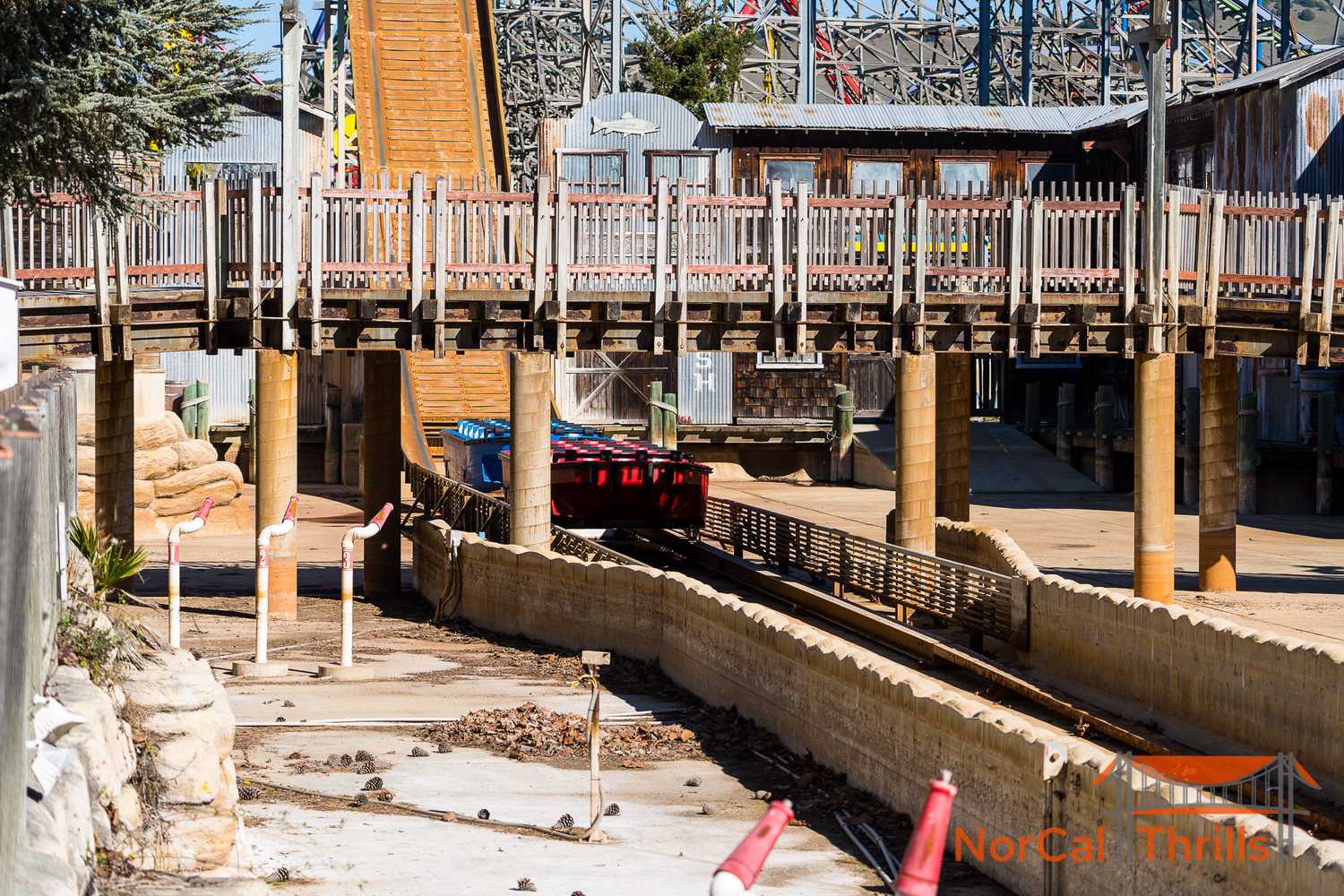 The shrink wrap on the boats are off. 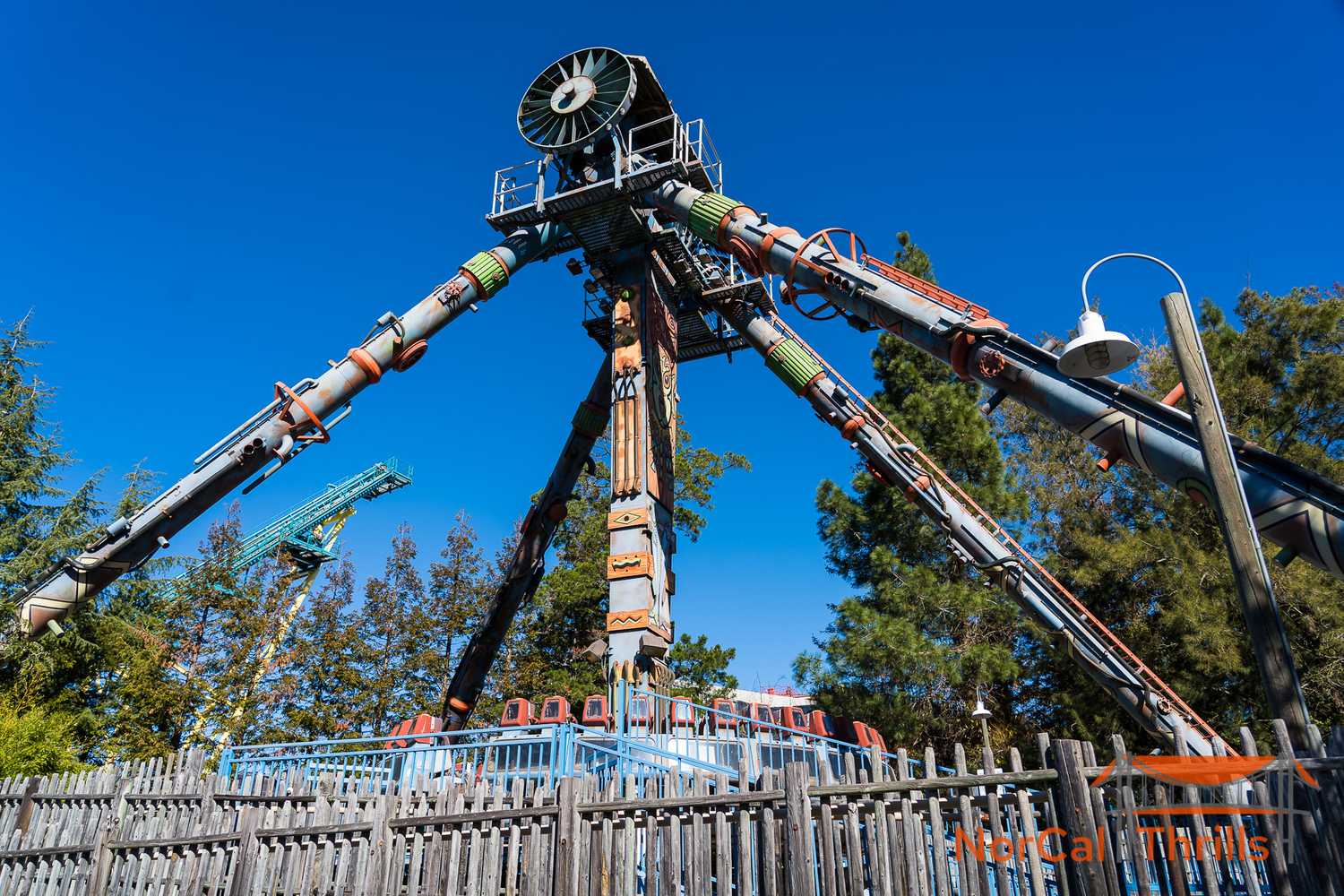 A quick aside: there was some news a while back that Six Flags would be retiring 15 attractions across their parks to cut costs. Naturally people started fearing for their favorite rides but there has been speculation that instead of mostly running or popular rides, they would retire rides that aren't even open. SFDK has two of these rides that I speculate might go. First is Voodoo, the old Top Spin that hasn't run in years. Second is Tasmanian Devil which seems redundant in a park that has Wonder Woman. A third might potentially be the former Pacific Rim 5D theater but I'm convinced that a refurb and ride film addition would be a quick and cheap addition to the park for the post COVID years where funds are tight.

And there you have it. Not a ton going on in our park but it was good to get back! And if you haven't been in a while, the walruses are definitely worth your time! I'll be back again next month to check things out and just maybe we'll have some more clarity about a potential reopening timeline then!